Donald Trump's judicial insanity: By his reasoning, no living human judge can treat him fairly 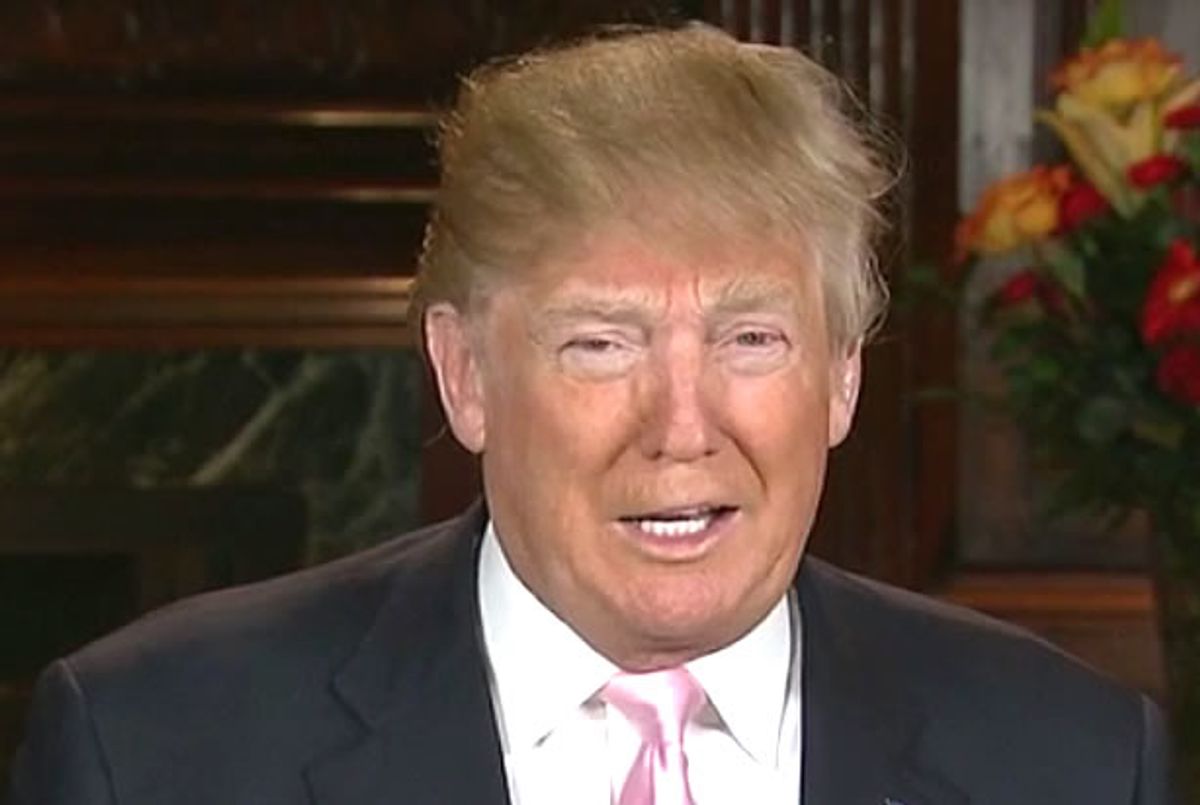 Donald Trump’s legal troubles relating to Trump University continue on, as do his racist attacks on Gonzalo Curiel, the Mexican-American federal judge who is handling two of the class-action fraud lawsuits filed by former Trump University students. Curiel, per Trump’s poisonously insane reasoning, is a biased an unreliable instrument of justice given his Mexican heritage, which necessarily conflicts with Trump’s oft-stated intentions to build a monstrous wall on the U.S.-Mexico border. “He's a Mexican,” Trump said on CNN, summing up his objection to Curiel. “We're building a wall between here and Mexico.”

This is an exotic and unsupportable legal argument that basically undermines the entire foundation of the judicial system. Trump is arguing that a judge charged with handling a case in which he is the defendant should recuse himself because Trump has lately adopted a position that (he assumes) causes the judge to be prejudiced against him. As NPR’s Nina Totenberg pointed out, if such an argument were to be accepted, “the legal system would fall into chaos because no judge would be free from taint.”

As if to prove that point and highlight the absurdity of his own argument, Trump and his campaign have been steadily expanding the roster of judges who, they argue, potentially would be incapable of giving Trump a fair hearing because of the candidates policies. Muslim judges, for example, have already been put on notice by Trump, who suspects they’d be biased against him because he wants to ban all Muslim immigration into the United States. The same goes for female judges, who might be unfairly influenced by the fact that Trump is a sexist bog troll.

But there’s no reason to stop there. Trump, as you may know, has promised to be tough – so very, very tough – on China and fight back against the “economic war” the Chinese are waging against the U.S. So if you’re a judge of Chinese descent, well, sorry, but you’re out. We’re also going to have to disqualify any judge whose roots trace back to Australia, Brunei, Canada, Chile, Japan, Malaysia, New Zealand, Peru, Singapore, and Vietnam, as all those countries are signatories to the Trans-Pacific Partnership, a massive trade deal that Donald Trump does not care for one bit.

Let’s see, who else… Ah, yes, of course we can’t have any black judges weighing in on anything Trump related, as they might be fatally compromised by the fact that Trump has been sued for not renting to black people, and his past statements that “laziness is a trait in blacks” and that he doesn’t want black people counting his money. A judge with Native American roots would also have to be eyed suspiciously, as they could be turned off by Trump’s repeated references to Sen. Elizabeth Warren as “Pocahontas.”

Catholic judges are probably out, given Trump’s denunciation of Pope Francis as “disgraceful.” Jewish judges too, on account of Trump’s frequent invocations of Jewish stereotypes. Judges who at one point have lived in poverty have to be ruled out as well, because he believes them to be “morons.”

You look at all these disqualifications and the only acceptable judges that remain are rich, white men. What an amazing coincidence! But even here we run into problems. We know from Trump’s repeated public statements is that his only concern is that he be treated fairly and impartially by the judiciary, but bias finds expression in many ways. One can’t just look at how a judge might negatively view Trump – we must also consider the fact that a judge might give Trump overly preferential treatment as a consequence of his policy proposals. And that would seem to rule out rich white guys as well, given that Trump’s tax proposals represent an insanely generous giveaway to the richest one percent of Americans, who are disproportionately white and male.

By process of elimination, we’re left with… nobody. Under the Donald Trump theory of impartial jurisprudence, no living human being is capable of rendering a dispassionate verdict in relation to Donald Trump. He exists beyond human judgment, he inhabits a plane that rests above the laws of man, and he will not be subjected to a judicial system that does not accommodate his special needs and privileges.

So yeah, by all means, let’s make this guy president.