GOP's poverty scam: Spending cuts masquerading as a "fix" to the war on poverty

Paul Ryan and the House GOP argue that anti-poverty spending has been ineffective, which just isn't true 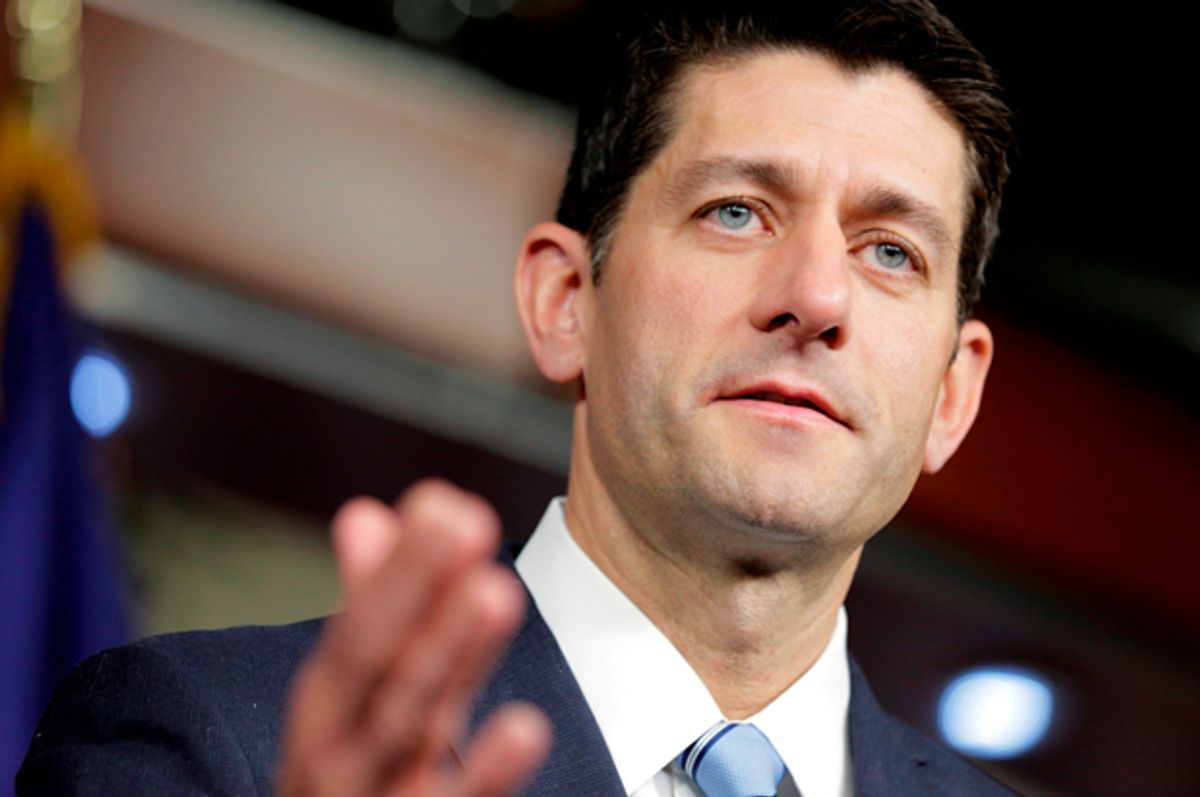 Today, Paul Ryan and the House Republicans will begin unveiling their big new policy agenda. Christened “A Better Way,” the agenda will cover several different issue areas and give Republicans something (they hope) to talk about that doesn’t involve Donald Trump. The first policy proposal to roll off the line will address poverty, in keeping with Paul Ryan’s new identity as a conservative anti-poverty crusader, and will almost certainly incorporate some of the ideas Ryan himself has endorsed over the years, like block granting, stringent work requirements, and the like.

So why target poverty programs? Well, here’s the explanation Ryan himself offers in a video promoting the poverty element of “A Better Way.

“For years, decades now, Washington has spent billions of dollars on dozens of programs to fight poverty, but we have barely moved the needle,” Ryan says. “The War on Poverty is a stalemate, at best.” This is a favorite claim of Paul Ryan’s, and it’s completely wrong.

Ryan and others who makes this claim that War on Poverty, launched in the mid-60s, has been ineffective usually point to the official poverty rate, which stands roughly equal to where it was in 1965. But as Vox’s Dylan Matthews wrote in 2015, the official poverty rate is a “travesty of a statistic” that doesn’t take into account “in-kind transfers like Medicaid, food stamps, and housing vouchers, as well as tax-based programs like the [Earned Income Tax Credit].” So when Ryan complains that billions of dollars have been uselessly spent on anti-poverty programs, he’s citing a statistic that doesn’t account for much of that spending.

When you do factor in that spending, a much different picture emerges. The Center on Budget and Policy Priorities correctly assumed that Ryan and the House Republicans would try to play this game, so they published a piece preemptively explaining just how effective this supposedly wasted anti-poverty spending has been. Per CBPP:

The data also show that while in 1967, federal programs lifted above the poverty line only about 4 percent of Americans who would otherwise be poor, the programs now lift out 42 percent of those who would otherwise be poor. A separate study found that SNAP [Supplemental Nutrition Assistance Program] lifted 10.3 million people (including 4.9 million children) out of poverty in 2012 and cut the number of children in deep poverty by 1.2 million, more than any other program.

SNAP stands out as an example of a government anti-poverty program that does its job quite well. In 2012 alone, the program “kept about 10.3 million people out of poverty , including about 4.9 million children,” per one CBPP analysis. A 2012 report from the Urban Institute noted that “SNAP also reduced the severity of poverty—a measure that gives slightly more weight to the poorest of the poor, as these households need help the most. Poverty severity fell by 13.2 percent and child poverty severity by 21.3 percent from 2000 to 2009.” The way the program is structured allows it to be flexible enough to respond to rapid economic downturns, as it did during the 2008 recession. What Ryan and the House Republicans want to do is alter its funding mechanism and cut its overall funding to make it (and other anti-poverty programs) less responsive and less effective.

The Republican focus on poverty issues comes at a time when the party’s image is in desperate need of a makeover, but also at a moment when that makeover really just isn’t possible. The Republicans would like to shed their “party of the rich” image without actually going to the trouble of changing their policies, and the anti-poverty push is part of that – they’re going to gut social programs that are working as they should be, all the while claiming that they’re “fixing” a problem that doesn’t really exist. It’s more about reducing government spending than it is about helping the less fortunate.

But all their affected concern for the poor is undermined by the fact that they’re about to nominate as their presidential candidate an ersatz billionaire who wants to cut taxes for the rich, who has called poor people “morons,” and who says things like “you have to be wealthy in order to be great.” Paul Ryan might dream about remaking the GOP as the party of the poor, but he’s never going to get there with Donald Trump in the way.