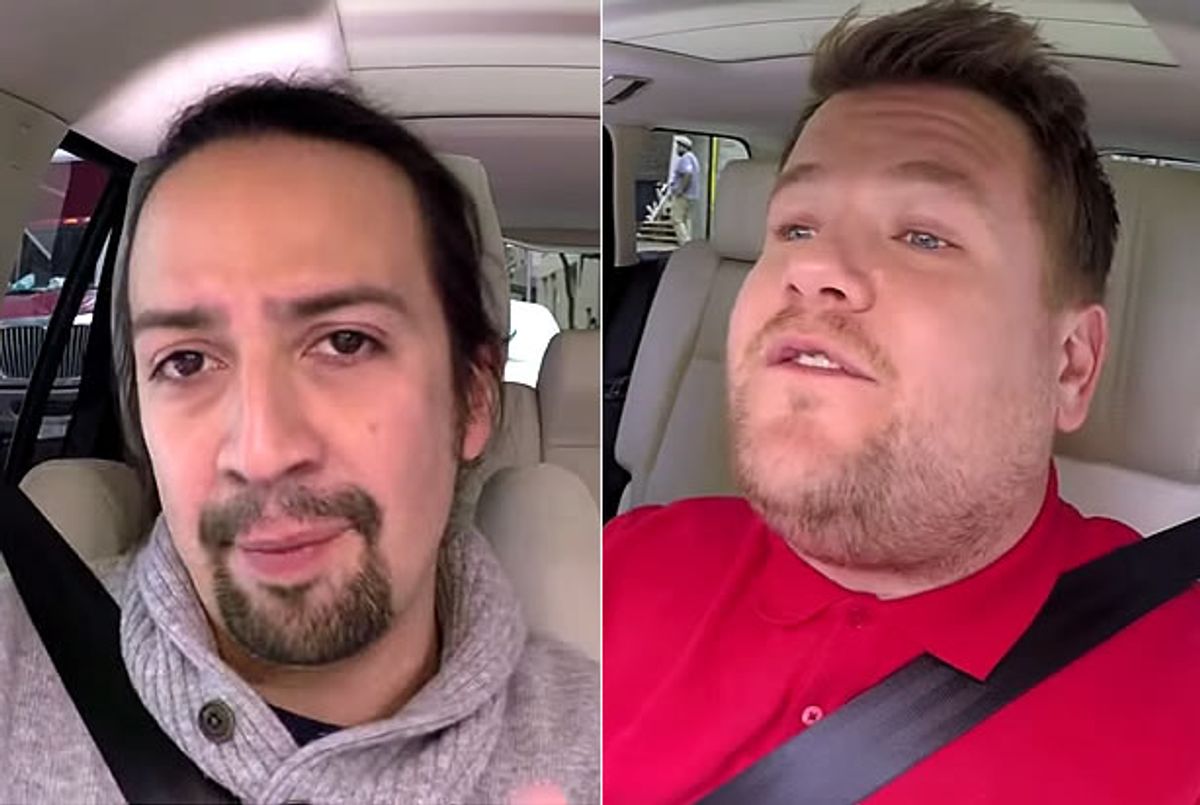 In what could easily be considered a cynical attempt by CBS to promote next Sunday's Tony Awards show -- which will be hosted by The Late Late Show's own James Corden -- if the participants weren't so damn charming, the most recent installment of "Carpool Karaoke" featured the late night host driving around New York City with Lin-Manuel Miranda, Audra McDonald, Jesse Tyler Ferguson and Jane Krakowski.

The big draw is Miranda, whose musical "Hamilton" -- about the life and death of "the founding father without a father," Alexander Hamilton -- is widely expected to take home most of the major awards.

He and Corden began rapping along to the show's titular opening number before seguing into the fastest Broadway song of all time, "Guns and Ships." They were later joined by Audra McDonald, Jesse Tyler Ferguson and Jane Krakowski, with whom they sang along to some Broadway standards both old and new.

Watch the entire segment below via The Late Late Show with James Corden.