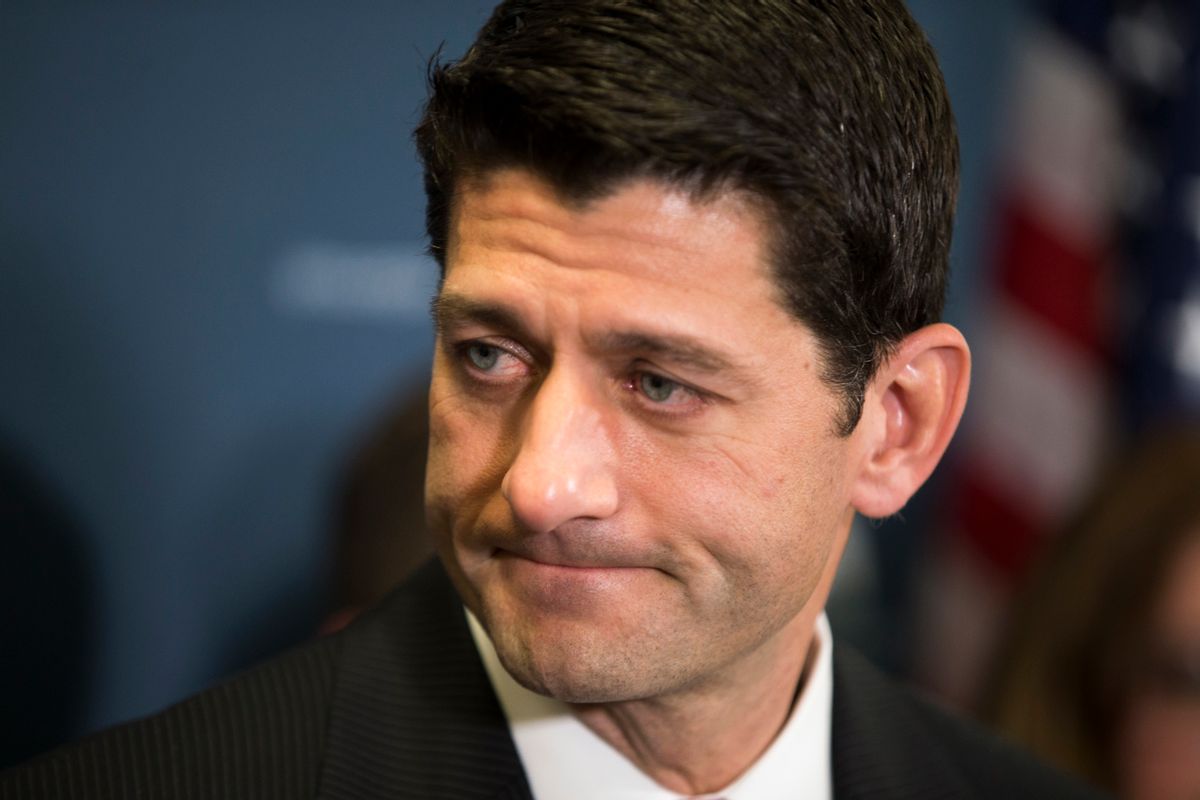 House Speaker Paul Ryan spent years crafting a media image of himself as a man of admirable principle only to set it all on fire Tuesday.

Less than a week after publicly endorsing the presumptive Republican presidential nominee, Ryan told reporters during another one of his  "poverty tours" through Washington, D.C.'s Anacostia neighborhood that he although he believed Donald Trump's attacks on an American born federal judge are "racist" he still supports the controversial candidate.

"I'm not going to even pretend to defend them," Ryan said of Trump's racial attack on Judge Gonzalo P. Curiel for "having a conflict of interest."

"Saying a person can't do their job because of their race is sort of the textbook definition of racist comments," Ryan admitted, adding that Trump's attack on the judge's Mexican heritage "should be absolutely disavowed."

"If you say something that is wrong, the mature and responsible thing to admit is it was wrong."

“But do I believe Hillary Clinton is the answer? No, I do not,” Ryan quickly added, arguing that he'd stick by his party's nominee despite what South Carolina Senator Lindsey Graham described as the perfect opportunity to take the "off-ramp."

"I regret these comments that he made," Ryan explained. However, “if we go into the fall divided,” he argued, “we are doomed to fail.”

Returning to his man of principle schtick, Ryan went on to pitch the Republican Party and called on Americans to vote for a presidential candidate who admitted peddles the "textbook definition of racism" in front of crowd of mostly low-income people of color:

"Speaker Ryan has apparently switched positions and is now supporting identity politics which is racist," Lord said on CNN Tuesday.

Watch the clip, via Media Matters: