“There’ll come a time when the love of country will trump hatred of Hillary”: Lindsey Graham tries to convince Republicans to dump Trump 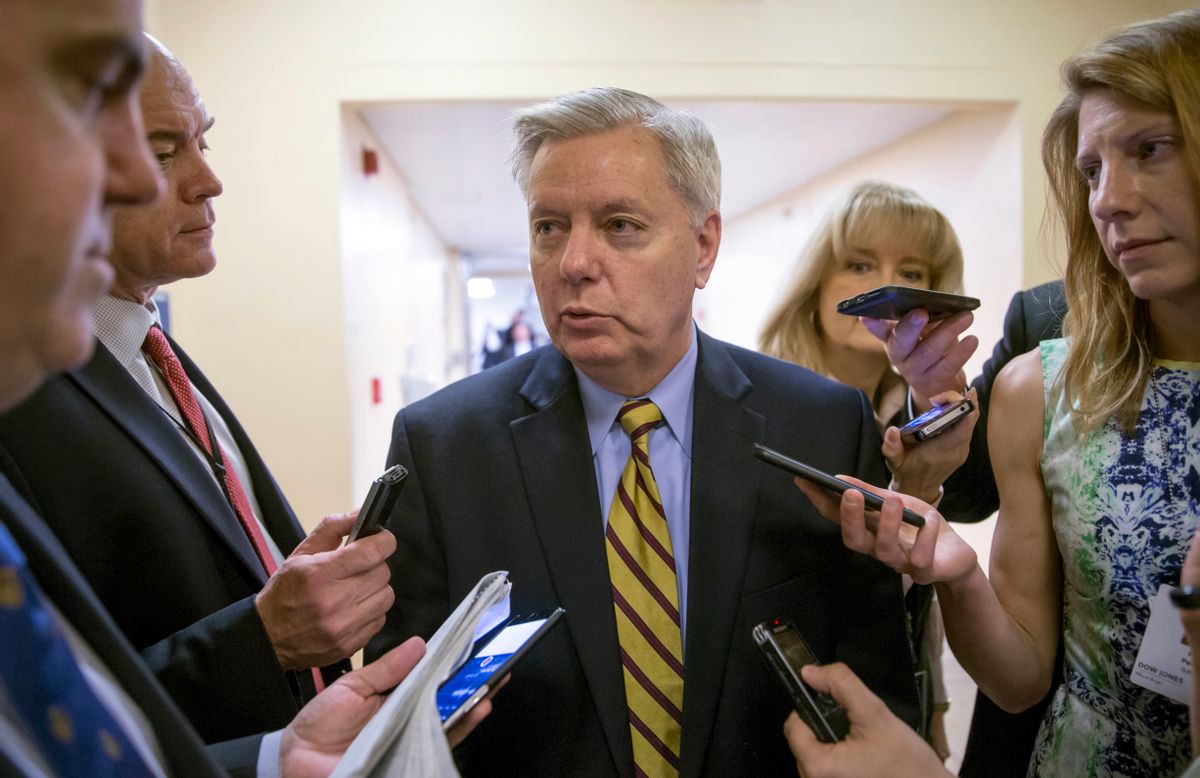 Newt Gingrich, one of Donald Trump's strongest supporter, has already come out forcefully against the presumptive GOP nominee's continued attacks against a federal judge, calling it "inexcusable." So, it should come as no surprise that one of Trump's most vocal detractors, South Carolina Senator Lindsey Graham, is jumping at the opportunity to call on his fellow Republicans to ditch the Trump train.

“If anybody was looking for an off-ramp, this is probably it,” Graham told the New York Times on Monday, calling Trump's attacks on the American-born judge presiding over a pair of Trump University scam cases "the most un-American thing from a politician since Joe McCarthy.”

According to the Times, Trump's one-time rival "urged Republicans who have backed Mr. Trump to rescind their endorsements."

“There’ll come a time when the love of country will trump hatred of Hillary,” Graham told the Times, relaying the message to his conservative colleagues.

Although the outspoken Trump critic has previously said that he refuses to support either Trump or Clinton in the general election, he did tell CNN's Dana Bash in May that he would cease attacking the Republicans' candidate after what he described as a "cordial, pleasant phone conversation" with Trump last month.

Trump’s latest controversial comments were apparently too much to keep Graham silent any longer.