WATCH: Anderson Cooper rips into Trump adviser for claiming Donald is merely "commenting on the identity politics of others" 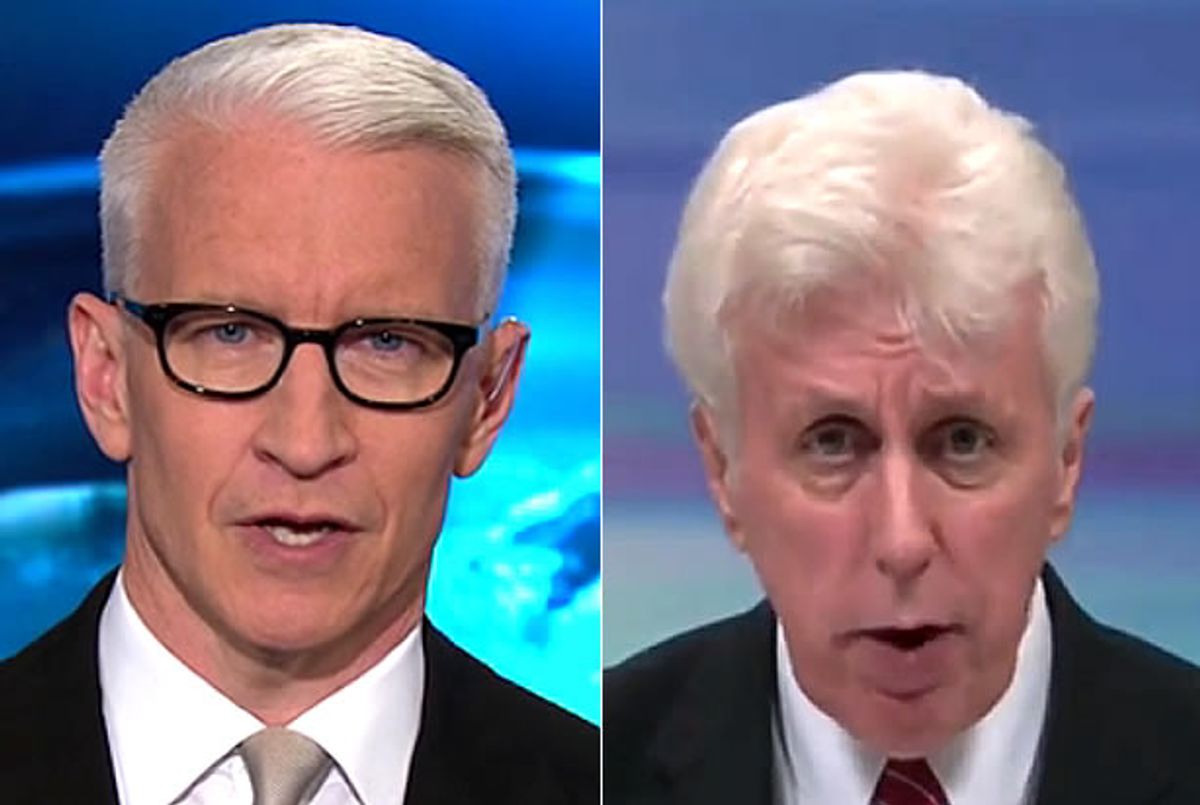 On Anderson Cooper 360 Monday evening, Donald Trump adviser Jeffrey Lord made a series of baffling claims about the GOP front-runner's rationale behind pointing out the alleged "Mexican" heritage of the judge presiding over the Trump University case.

According to Lord, Trump was speaking to something goes "far beyond Trump University -- this goes to appointing people to the bench, and having a legal system where everyone is supposed to be judged by their skin color or ethnic heritage."

Trump, Lord continued, "is simply picking this up and saying, 'If the way things are going, this guy should be off the bench.'"

Cooper visibly laughed at him, adding that Lord was "doing back-flips to interpret what Donald Trump didn't say. You're saying that by Trump pointing out his Mexican heritage, he is commenting on identity politics?"

Lord didn't directly answer the question, saying instead that Judge Gonzalo Curiel "goes out of his way to identify himself as Latino."

"Are you saying," Anderson asked, "that judges who belong to Catholic or Jewish organizations don't belong on the bench?"

Lord replied that "I'm saying that judges who belong to organizations specifically about race are bringing race into the judicial system instead of the Constitution -- and that's a problem." He went on to reference Supreme Court Justice Sonia Sotomayor's "wise Latina" comment, at which point Cooper cut him off.

"Why are you bringing that comment up? Because she's Latina and 'they' all think alike?"

Watch the entire exchange below via Mediate.