WATCH: Fox & Friends freak out over transgender runner's success: No "gender benders" should be allowed in high school sports

The co-hosts were in rare form Tuesday morning, complaining about this "next frontier" 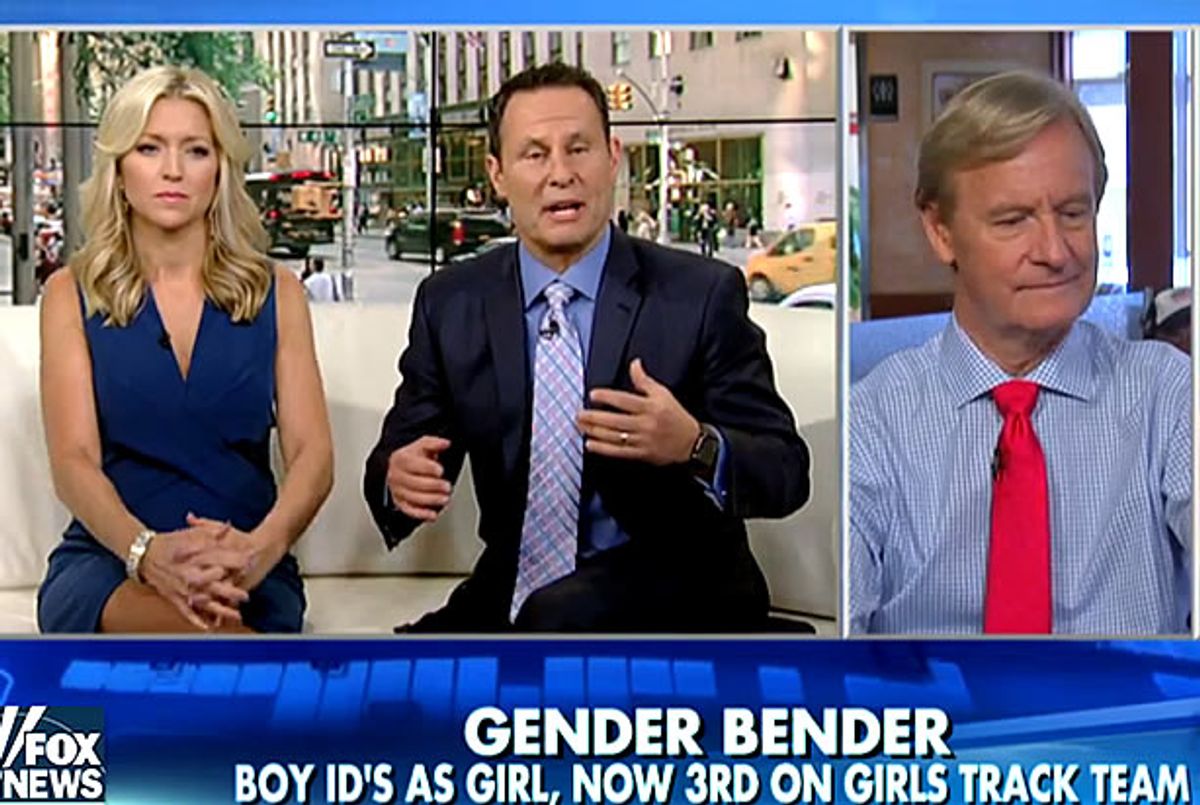 On Fox & Friends Tuesday morning, the co-hosts welcomed conservative radio host Laura Ingraham to discuss, among other things, the case of an Alaska transgender teen who placed fifth and third in the state's 100- and 200-meter finals.

They complained that the Haines High School senior, Nattaphon Wangyot, has a competitive advantage because she was born male but identifies and competes as a female. Absent from the conversation was any discussion of whether Wangyot underwent hormone treatments which have eliminated any competitive advantage -- or the fact that by placing third and fifth respectively, there clearly are female athletes capable of beating her.

Instead, the conversation centered on whether her "gender bending" was unfair to other female athletes, and whether this is the "next frontier" in the ongoing culture wars.

"Is this really fair to the other girls competing?" Ingraham asked.

"Of course it's not," co-host Brian Kilmeade replied.

"Gender-bending is the next frontier, at least until there's another 'next frontier,' of those who want to mix up the traditional social mores," Ingraham said. "This doesn't surprise me, and it's just to keep getting worse."

"You know this is going to lead to a situation," Kilmeade replied, "when some school wants to win a state championship and decides to let some boys play with the girls' teams, and take the controversy and the trophy."

Ingraham concluded by asking "whether it's going to go the other way, with girls who identify as boys joining the football team and being running backs?"