WATCH: Megyn Kelly schools Trump spokeswoman Katrina Pierson on the implications of her boss's complaints about "Mexican" Trump U judge

"If litigants could create conflicts of interest by making a stink about judges, it would lead to chaos," she said 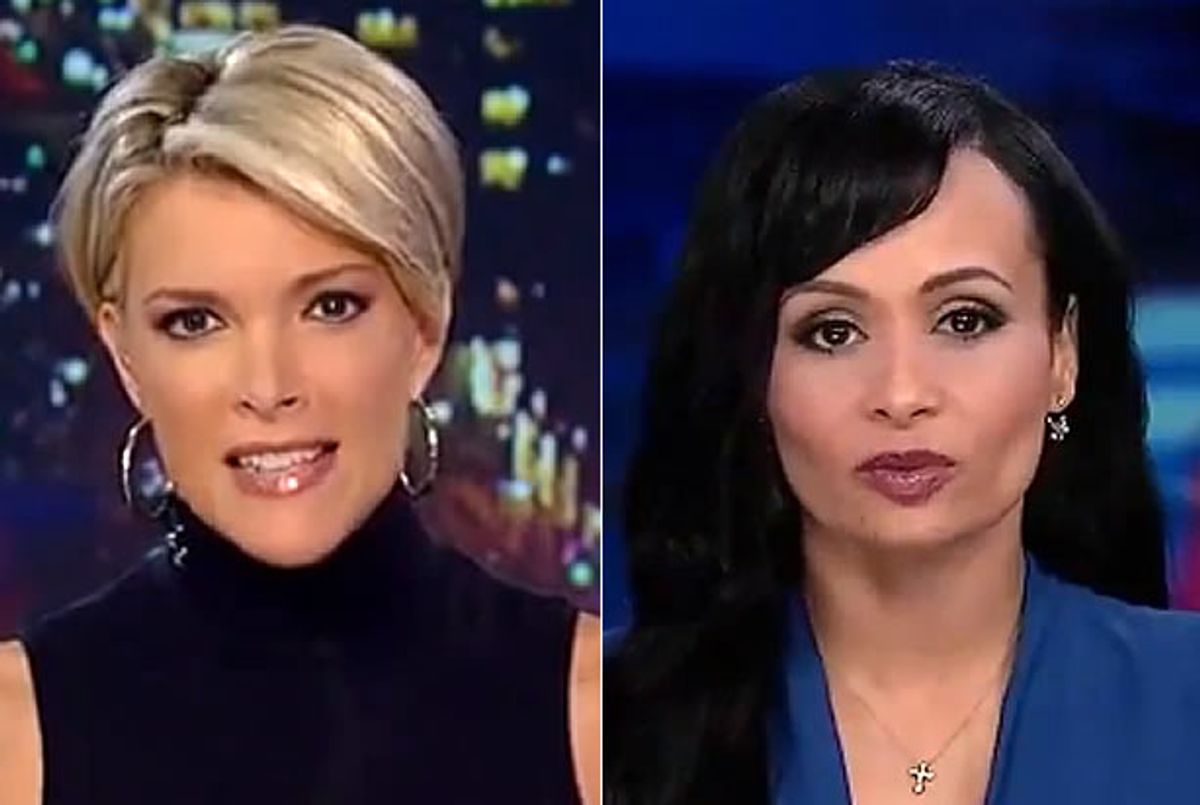 She began by noting that calls by many -- including Fox News' own Bill O'Reilly -- for Curiel to recuse himself from the case, not because he's done anything wrong, but in order to "eliminate all doubt as to [his] motivation in the rulings," are entirely unwarranted.

"If a litigant,” Kelly added, “making stink about a judge necessarily resulted in a conflict that would force the judge to step down, it would lead to chaos in our court system."

She later spoke to Katrina Pierson, Trump's insufferable spokeswoman, who had to be corrected, repeatedly, on basic facts about the case -- including who the plaintiffs were, when lawyers were assigned, and how the American judicial system works when judges retire.

Kelly pressed Pierson, demanding to know "what it is about the judge's heritage that makes him unable to hear the case." Pierson insisted that Trump's policies make it unlikely that Curiel, who she said belonged to a group "affiliated with La Raza" -- he does not, as Kelly pointed out -- could be impartial.

Watch the entire video below via Fox News.