Bernie Sanders' next step: How he ends his campaign will shape how he builds on his achievements

Bernie didn't win, but he scored some unlikely and important victories and reinvigorated left-wing politics 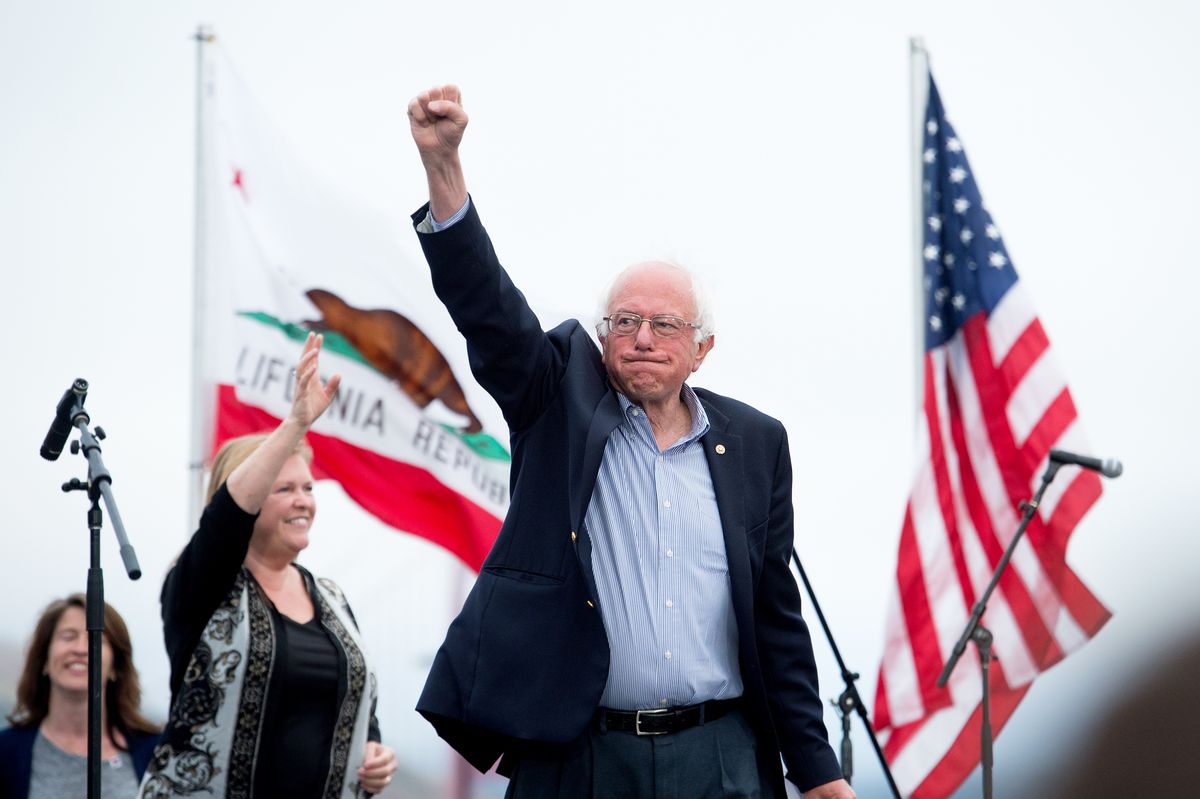 The Democratic presidential primary is over. The outcome hasn’t been in question for some time now, but primary results in California and New Jersey, combined with the movement of party leaders, were the final pieces in Hillary Clinton’s historic ascent to the Democratic presidential nomination. I encourage you to read Digby’s summation of just how important – both in terms of symbolism and nuts-and-bolts politicking – Hillary’s victory is and what it means as she moves on to face Donald Trump in the general election.

All that remains is for Bernie Sanders to end his campaign. On Tuesday night he made a defiant pledge to remain in the race and push the contest all the way to the nominating convention, but that’s a hopeless endeavor and the party is making it clear to him that he needs to wrap things up soon. Two of his top congressional surrogates told the Washington Post that it’s time to get behind Hillary, and President Obama said in an official statement that the race is over and Hillary won. One has to believe that Sanders understands the reality of the situation and will act accordingly, but the way in which he chooses to end his campaign is important. Even though he lost, Sanders scored some important accomplishments over the course of the primary, and he’s positioned to be a critical figure in the future of the Democratic Party.

Among Sanders’ more significant achievements is that a presidential candidate can run a competitive national campaign without having to constantly beg for rich people’s money. Financing was a paramount concern for Sanders, and he explained as much during the press conference he held to kick off his campaign. “I wonder now, in this day and age, whether it is possible for any candidate who is not a billionaire, or who is not beholden to the billionaire class, to be able to run successful campaigns,” he said. “And if that is the case, I want you all to recognize what a sad state of affairs that is for American democracy.” The fact that he was vindicated in his hope that grassroots donors and activism can power a national movement is a hopeful and positive sign of political health.

More importantly, Sanders showed that there is real enthusiasm for a revival of left-wing politics in America. The Sanders campaign platform – single-payer healthcare, free public college, expanded Social Security – embodied the idea that government can and should play a more active role in guaranteeing a basic level of economic security, and it was massively appealing to younger voters and the liberal wing of the Democratic Party. The enthusiasm Sanders generated with his platform had measurable impacts on Clinton’s candidacy: she moved left to better align herself with Sanders on climate change, Social Security, and other issues. He also helped move us past some of our stubbornly persistent political fears and animosities, running as a self-identified democratic socialist in a country that spent decades treating “socialism” as a nasty epithet intended to discredit left-wing policies. As Ryan Cooper writes at The Week, Sanders’ campaign represented “the moment when the American left wing got its mojo back.”

Alongside the good, however, we have to reckon with the bad. Sanders’ campaign, for all its successes, was never able to win over some of the key constituencies of the Democratic Party: namely, African Americans. And Sanders’ idealism, often unjustly mocked by Clintonites, was never anchored by a realistic political strategy and too frequently mutated into grating self-righteousness. As the campaign dragged on and Hillary’s victory looked more and more certain, the Sanders team responded with increasingly vehement and irrational arguments for how Clinton’s lead among voters and pledged delegates was meaningless and would be overcome by a mass migration of superdelegates. Minor disputes over insignificant numbers of delegates were blown up into allegations of election theft and subversion of democracy. All that nasty and tiresome bickering over process arguments ended up obscuring Sanders’ policy message. With the campaign winding down, anonymous operatives are feeding nasty insider details to the press about how the bitterness and acrimony over the delegate counts came from Sanders himself. Whether or not that’s true, Sanders did nothing to stop it from happening.

That said, few people expected that Bernie would get this far, and though he didn’t quite make it over the top, he nonetheless emerged as an unlikely and formidable champion for a new era of progressive politics. And that’s why the way Bernie Sanders chooses to end his campaign is so critical. The potency of his message and his ability to continue shaping the Democratic Party’s future will rest on his ability to put personal differences aside and work with the nominee the party chose to be its leader.