Is this how the "revolution" ends? Sanders defiance is shaping the final days of his campaign, report says

Bernie needs to be remembered for building a grassroots movement, not for dismantling the Democratic Party 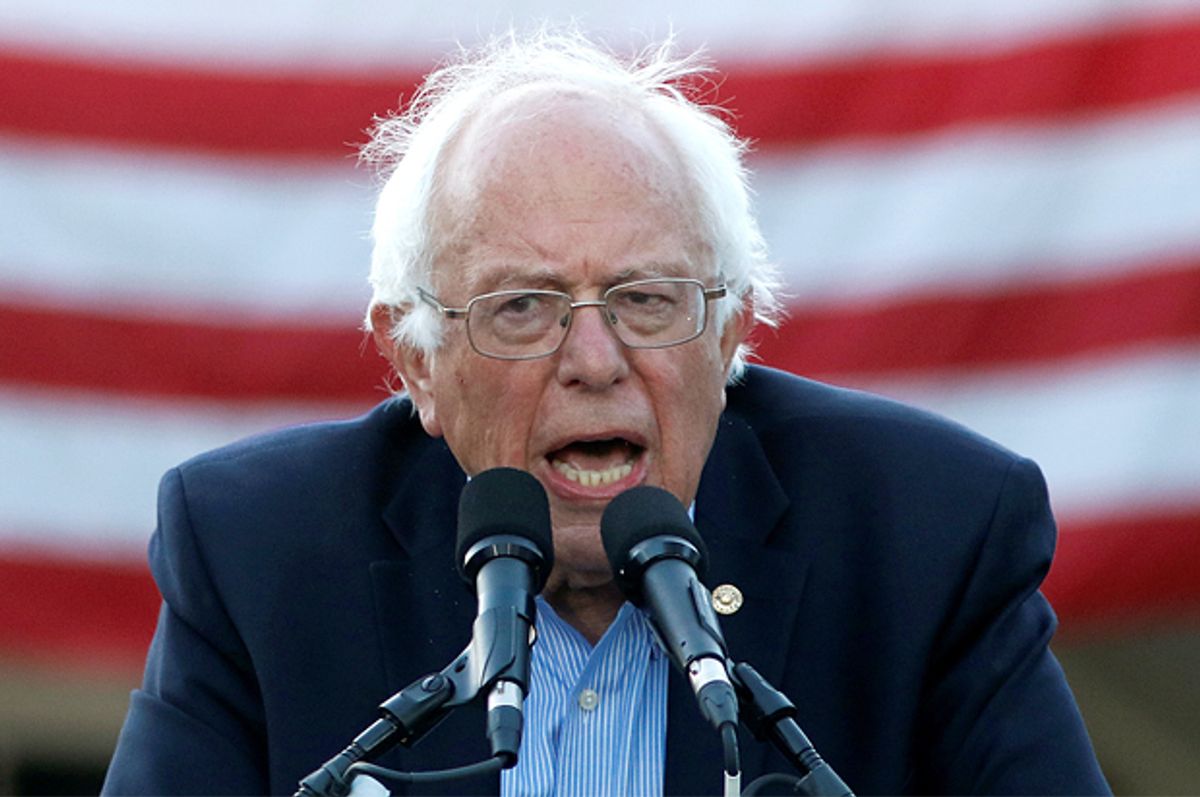 The direction of Bernie Sanders' campaign has been the subject of constant debate, particularly since it became clear he wouldn't be the nominee. Generally speaking, there are two camps: those who think Sanders should have exited the race weeks ago and those who think he should fight on until the convention.

Despite his fiery rhetoric, I've argued we won't know much about Sanders' intentions until this week. His aim has been to acquire as many delegates as possible in order to leverage them at the convention. To that end, he's campaigned as though the race wasn't over, hoping to rally supporters. Now that he's lost California, where he made his final stand, there is absolutely no reason to deny reality any longer.

Many have speculated that Sanders' increasingly pugilistic style was the work of his advisers, people like campaign manager John Weaver. I was inclined to believe that, too. But according to a report by Politico, Sanders has been captaining this ship from the very beginning. Edward-Isaac Dovere and Gabriel Debenedetti write: “There's no strategist pulling the string, and no collection of burn-it-all-down aides egging him on. At the heart of the rage against Hillary Clinton and the Democratic Party, the campaign aides closest to him say, is Bernie Sanders.”

The indignant statement released after the Nevada caucus, the decision to publicly attack Democratic National Committee chair Debbie Wasserman Schultz, the comments about Hillary Clinton not being qualified for the presidency, the proposal to debate Donald Trump in California – these were all spearheaded by Sanders himself, not his staffers. “Bernie's been at the helm of this campaign from the beginning,” Weaver told Politico, “and the overall message of this campaign and the direction of the campaign and the strategy, has been driven by Bernie.”

Most revealing in the report is the level of animus Sanders appears to have for Clinton and the DNC generally. More than any of his staffers, the authors write, “Sanders is filled with resentment, on edge, feeling like he gets no respect – all while holding on in his head to the enticing but remote chance that Clinton may be indicted before the convention.”

None of this is gospel, of course. It's impossible to know what Sanders is thinking. But the report is instructive nonetheless. Sanders is more concerned with his agenda than with the Democratic Party, which isn't wrong or unexpected. He's been an independent all these years for a reason: both parties are corrupt in their own ways. The Republicans are appreciably worse, but corporatism is a bipartisan affair. No one should be surprised if Sanders is slow to surrender to the forces against which he's railed for thirty-five years.

To be fair, Sanders deserves some space and time to take stock of his campaign. What he's accomplished is truly remarkable. I don't know what it's like to work that hard, to get that close to the presidency, and lose. I imagine it's difficult. A little bitterness is pardonable. But in short order Sanders needs to put that aside, for his sake and for the sake of the country.

Now it's about ensuring Donald Trump isn't the next president of the United States. According to the report, “Sanders aides admit that it's been weeks, if not months, since they themselves realized he wasn't going to win, and they've been operating with a Trump's-got-no-real-shot safety net.” This is a mistake moving forward. There are no safety nets. Clinton is the overwhelming favorite in a general election, but nothing should be taken for granted. However unlikely, a Trump win is possible, and assuming otherwise is dangerous.

Clinton isn't a progressive, but she's far more aligned with Sanders than with Trump or any other Republican. Sanders has a two-million person donor list and plenty of political capital – it's time to use that as effectively as possible. He won't be the nominee, but Sanders can still put his stamp on the Democratic Party. If he wants his “revolution” to survive his campaign, he needs to be remembered for bringing millions more people into the process and for building a lasting grassroots movement, not for burning down the Democratic Party on his way out the door.