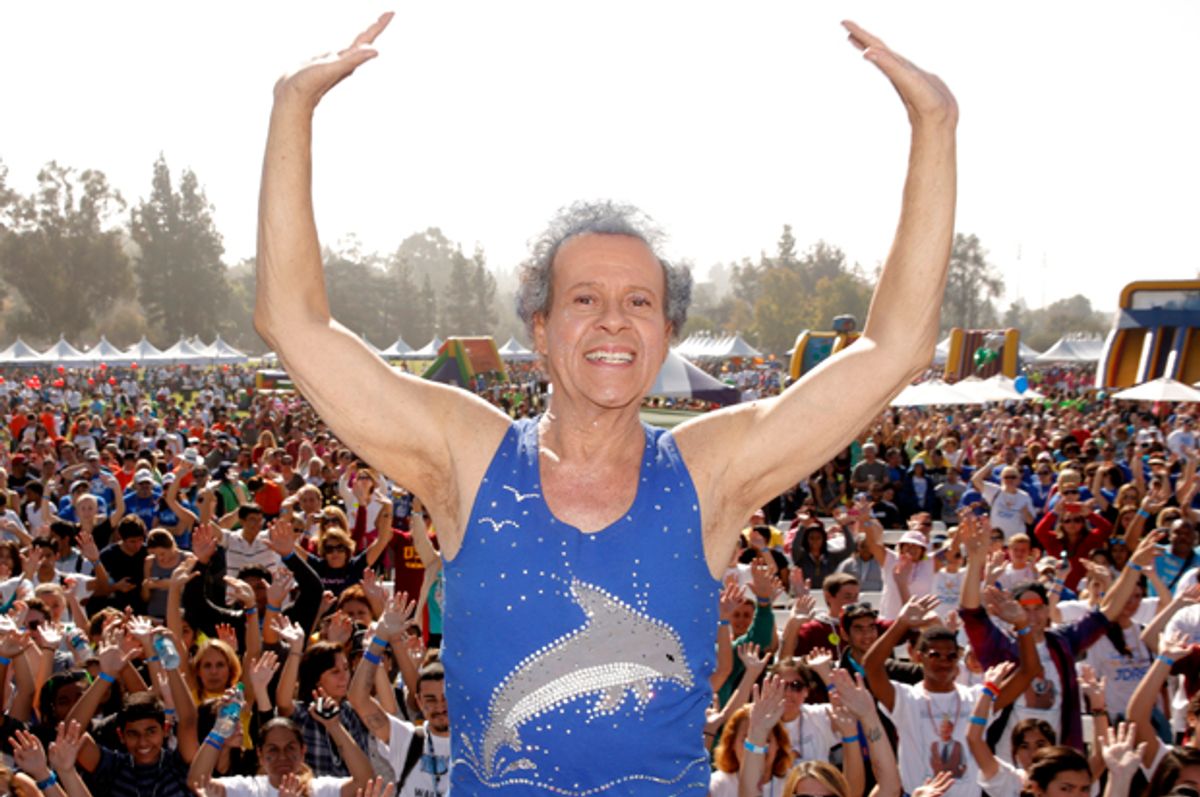 Richard Simmons is denying claims made in Wednesday's National Enquirer that he's transitioning from male to female, according to a new TMZ report.

The Enquirer report cited "a close friend of the exercise guru," who alleged, "Like [Caitlyn] Jenner, Simmons has opted for breast implant surgery, hormone therapy, and a host of other invasive changes to create the transformation."

"The magazine said he’s secretly been venturing out of his Hollywood Hills home dressed as a woman for months," according to gossip site RadarOnline.com.

In response, Simmons' publicist told TMZ that the Enquirer's claims were "absolute madness and not true."

TMZ corroborated the rebuttal with a snapshot of a bearded Simmons leaving Cedars-Sinai Medical Center in Los Angeles on Monday.

TMZ had earlier reported Simmons had been hospitalized for dehydration after his housekeeper told 911 dispatchers he was "exhibiting bizarre conduct."