"Our mission is more than just beating Donald Trump, it is transforming our country" 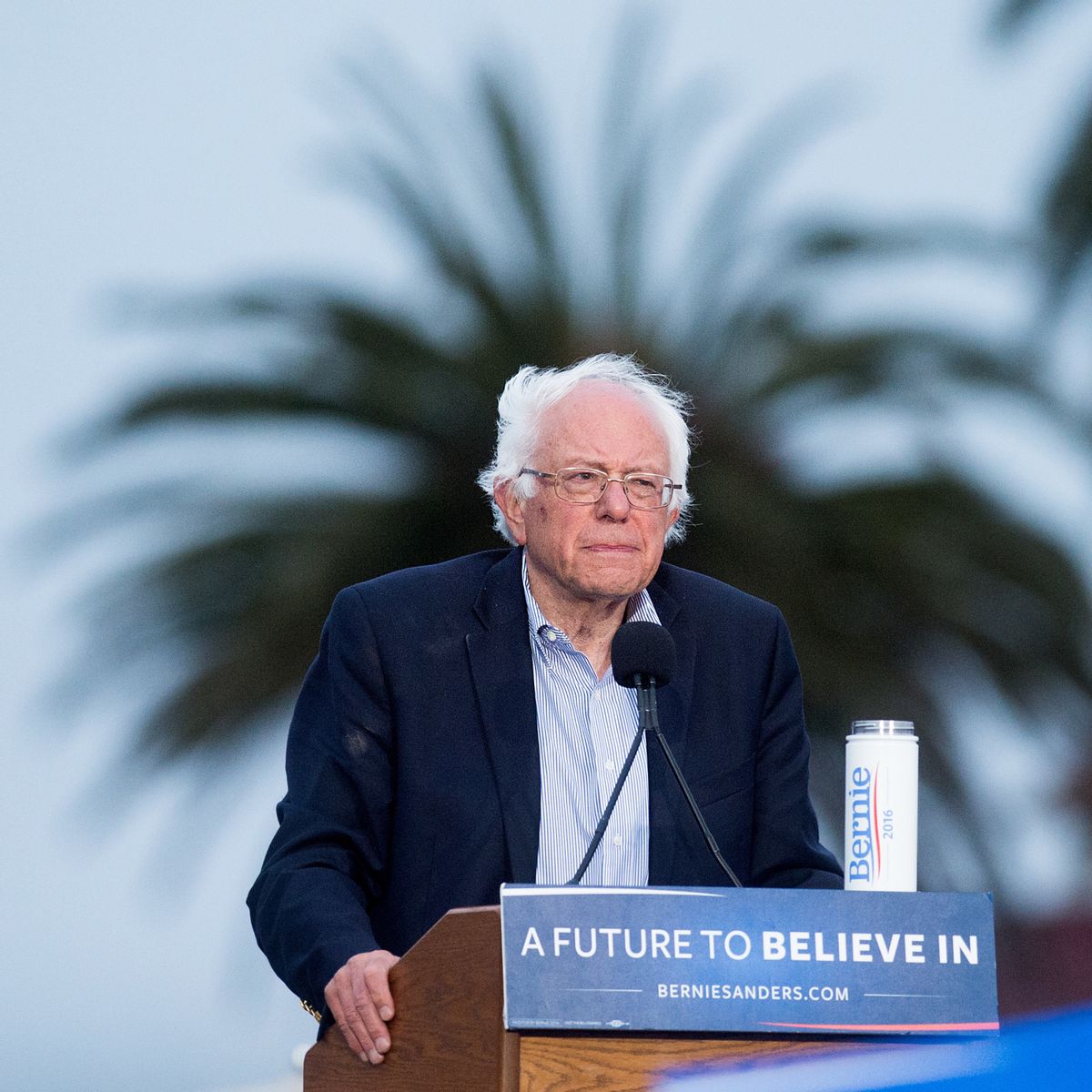 There was never any reasonable expectation that Bernie Sanders would concede after his rival Hillary Clinton claimed the Democratic Party's presidential nomination after winning a majority of pledge delegates on Tuesday, but the Vermont Senator sounded far from defeated when he finally delivered his speech vowing to fight on.

Before Sanders arrived to a cavernous airplane hangar in a Santa Monica airport the crowd shouted "Bullshit! Bullshit" as a huge video screen aired California's early returns showing Sanders losing by a large margin, according to reporting from CNN:

When the channel flipped to CNN -- again showing the evening's strong results for Clinton -- the crowd thundered: "Turn it off! Turn it off!"

When Sanders finally spoke hours after Clinton declared herself the Democratic Party's presumptive nominee, the first woman for a major U.S. political party, he made no mention of the historic achievement.

"Tonight, I had a very gracious call from Secretary Clinton and congratulated her on her victories tonight," Sanders told the audience nearly 15 minutes into his speech. "At that, the crowd of more than 3,000 inside an aging airport hangar booed loudly," the New York Times reported.

"Let me thank you all for being part of a political revolution," Sanders said. "We understand our mission is more than just beating Donald Trump, it is transforming our country."

“We will continue to fight for every vote and every delegate we can get,” Sanders declared, vowing to continue his campaign despite a crushing loss in California. Sanders campaigned hard in the Golden State with the more delegates up for grabs then every other state that voted Tuesday as he sought a win that would persuade superdelegates that he was the candidate with the best chance to beat Donald Trump in the general election. His eventual loss appears to be much bigger than initially anticipated.

"Next Tuesday we continue the fight," he said. "We are going to fight hard to win the primary in Washington, D.C., and then we take our fight for social, economic, racial and environmental justice to Philadelphia."

“Our vision,” he said, “will be the future of America.”

"The struggle continues," he added as supporters held signs that read, “A Future to Believe In.”

Sanders is set to meet with President Obama and top Democratic senators in Washington, D.C. on Thursday.

Obama called both candidates Tuesday night, the White House said, and held what was called a "gracious" conversation to congratulate both candidates for “inspiring campaigns that have energized Democrats.”