"We have our nominee": Top Sanders superdelegates suggest it's time for Bernie to drop out

Senator Jeff Merkley and Rep. Raul Grijalva said Sanders should get behind Hillary Clinton after she makes history 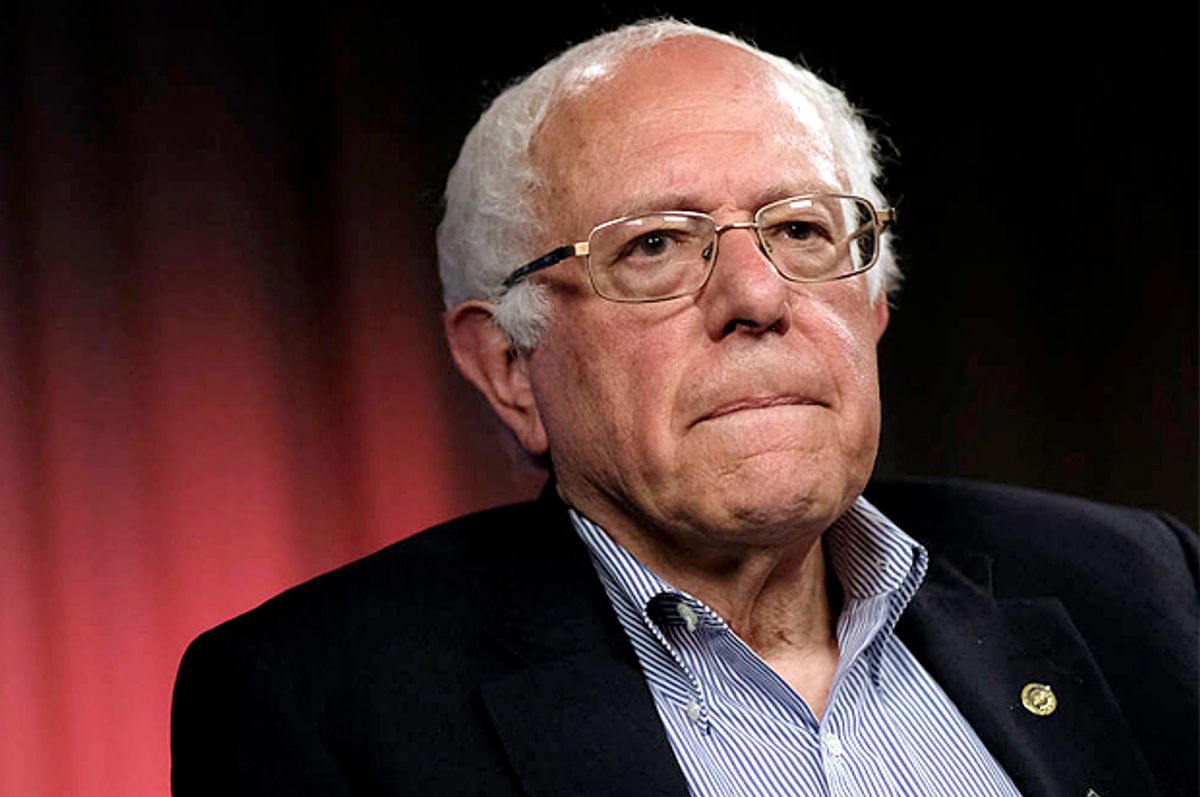 Bernie Sanders has vowed to take his campaign to the Democratic Convention in Philadelphia at the end of next month, ignoring Hillary Clinton's historic win to become the first presumptive presidential nominee of any major U.S. political party, but now at least of two of Sanders' most prominent supporters are calling on him to finally wind down his campaign.

“The reality is unattainable at some point," Sanders superdelegate Representative Raul Grijalva said in an interview with the Washington Post after Clinton won most Democratic primaries on Tuesday, including the delegate rich state of California.

"You deal with that. Bernie is going to deal with this much more rapidly than you think,” said Grijalva, the co-chair of the Congressional Progressive Caucus, arguing that Sanders would soon end his bid to win over superdelegates already committed to Clinton.

“It becomes not only awkward, but more difficult,” Grilajva told the Post.

“At some point, when we’re trying to flip 400 super-delegates, and it’s not gaining traction, I think you have to come to the conclusion that it’s not going to happen. You just move into a different direction. And that different direction is that we begin to try to integrate the party.”

Another top Sanders supporter and superdelegate echoed Grijalva's concession that Sanders was unlikely to sway any committed superdelegates.

“I would not support a battle that involves trying to flip super-delegates.” Oregon Democratic Senator Jeff Merkley told the Post, adding that “the super-delegates are set aside when you make the judgment that you have a majority of the pledged delegates.”

Clinton's early and decisive win in New Jersey secured her campaign a majority of the pledged delegates available in the Democratic primary.

“Once a candidate has won a majority of the pledged delegates and a majority of the popular vote, which Secretary Clinton has now done, we have our nominee,” Merkley, who is Sanders’ only supporter in the Senate, said. “This is the moment when we need to start bringing parts of the party together so they can go into the convention with locked arms and go out of the convention unified into the general election.”

“I’m certainly going to be encouraging Secretary Clinton and Senator Sanders to work incredibly hard to bring their teams together,” Merkley continued.

“As they reach agreement on these things, it will be very important for Senator Sanders to link arms with Secretary Clinton,” Merkley said. “Bernie Sanders has been absolutely clear that he’s going to do everything possible to beat Donald Trump. He also is determined to sustain a movement behind these core issues that have reverberated so powerfully.”

For his part, Sanders appeared to disagree with his prominent supporters on Tuesday.

“I am pretty good at arithmetic and I know that the fight in front of us is a very, very steep fight but we will continue to fight for every vote and every delegate that we can get," Sanders defiantly told an enthusiastic California crowd, vowing to fight on.