Hollywood whitewashing has reached epic fail levels, and still it continues—and it's going to doom this film 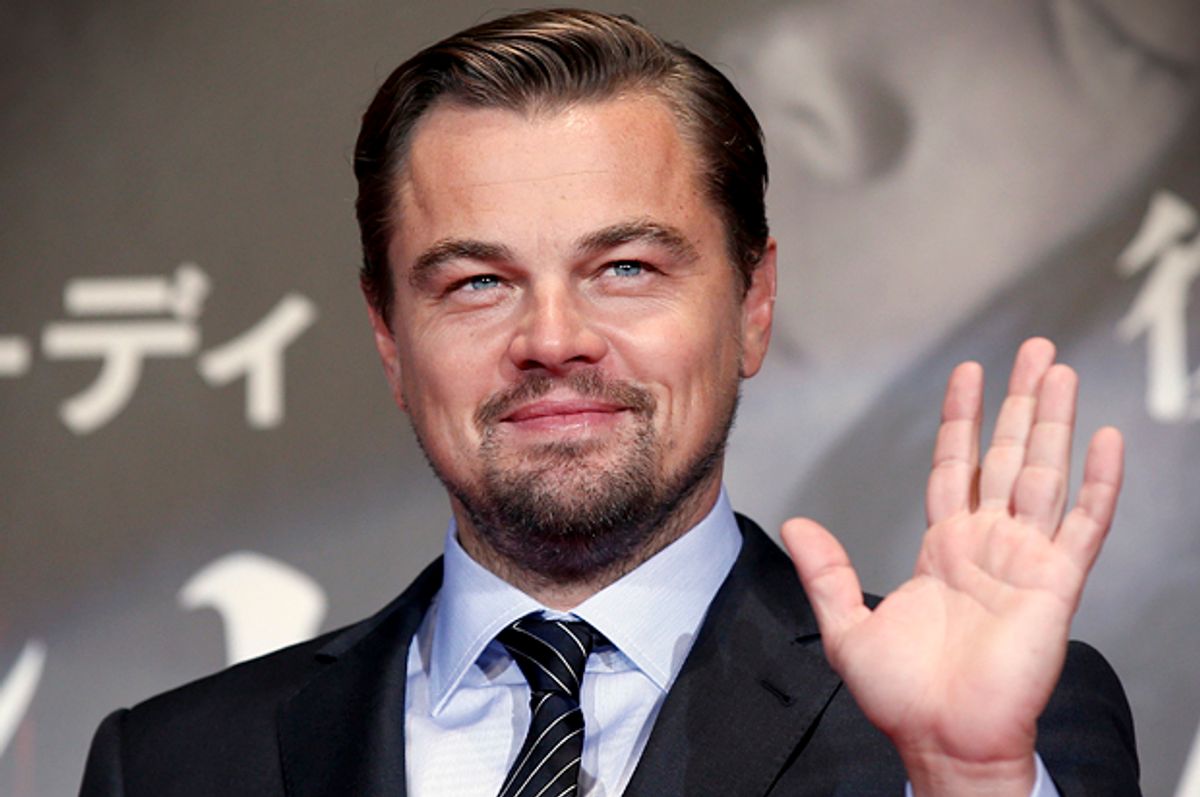 As a public figure, Rumi has nearly 1.8 million followers on Facebook. His fans include Paulo Coelho, bestselling author of "The Alchemist," and Rumi himself has achieved bestseller status in the U.S., selling millions of books after they hit the American market earlier this decade. Not bad for a Sufi mystic, poet, and scholar who died in 13th-century Persia. His current popularity may have something to do with the aptness of his oeuvre for being quoted in uplifting memes. “What you seek is seeking you.” “The garden of the world has no limits, except in your mind.” “Don't be satisfied with stories, how things have gone with others. Unfold your own myth.”

Given Jalāl ad-Dīn Muhammad Rūmī’s newfound marketability combined with the New-Age timeliness of his message, a biopic was perhaps inevitable. Now one is in the works. It is being written by David Franzoni, the screenwriter responsible for “Gladiator,” 2000, a historical epic best remembered for Russell Crowe’s irony-free performance as The Spaniard/General Maximus Decimus Meridius. To play Rumi’s mentor, Shams of Tabriz, Franzoni revealed that he hopes to sign Robert Downey Junior. To play Rumi, his first choice is Leonardo DiCaprio.

So. In the garden of Franzoni’s mind, Iron Man would play spiritual advisor to the Revenant, his acolyte and also possibly “lover and beloved [or] disciple and sheikh, it’s never clear”--and this would not be a meta-spoof of “Satan’s Alley”? Aghast, Twitter had a meltdown, mincing no words under the punctuation-free hashtag, #RumiWasntWhite.

By now, Hollywood’s penchant for whitewashing has been called out so many times, yet with such little apparent effect, that one needs a new term to signal its willful disregard of the protests: snowblindness or suchlike. It’s just happened again with the whitewashing/whitecasting of Ganke Lee, a Korean-American character whose backstory had to be changed so a white actor could play him in the new Spider Man reboot. (In the words of Inverse Magazine: “It is a bummer another Marvel character of color has been changed to a white actor in the live-action version.”) But Rumi was a real person, and his literary impact was lasting, wide, and deep. It is thus worth considering why casting Robert Downey Junior and Leonardo DiCaprio in a Rumi biopic is objectionable beyond the obvious complaint: “They’re the wrong race!”

“Race” is a semaphore. A way to signal the complexities of cognitive universes getting misrepresented, appropriated, or simply destroyed out of cruelty or carelessness in the name of capitalist efficiency.

The controversy of this Rumi film emerged because there’s an obvious conflict between what the screenwriter said he wanted to accomplish with this film, which was to “challenge the stereotypical portrayal of Muslim characters in Western cinema by charting the life of the great Sufi scholar,” and what his choices for leading men revealed. Right off the bat, he blurted out his hope to cast two of Hollywood’s most bankable stars as historical figures from the Middle East, apparently quite indifferent to, or ignorant of, the cultural import of that whitecasting decision. This does not bode well for the cultural vision that will be promulgated by this film.

As quoted in “The Telegraph,” Franzoni said of Rumi: “He’s like a Shakespeare...He’s a character who has enormous talent and worth to his society and his people, and obviously resonates today.” However, it is more accurate to say that Shakespeare is like Rumi, given that the Bard acknowledged Rumi’s influence on his poetry and followed him, chronologically speaking. Unless you willfully ignore the laws of time and space, there is no way that Shakespeare could have influenced Rumi. That Rumi is not an equivalent household name in the West despite his immense global influence exposes the Eurocentric and ultimately nationalistic objectives shaping the Western (white male) literary canon. If the Hollywood machine intends to create a Rumi biopic that is not a postmodern pastiche, it has to start by centering the 13th-century Persian mindset expressed in his literary output. An effort that requires at least a cursory awareness of the role of cultural politics in shaping canons. In this regard, too, Franzoni is not off to a good start.

Notably, this is not the first time that filmmakers have attempted to bring Rumi’s life to the silver screen. “I am aware of at least four prior film projects on Rumi,” writes Franklin Lewis in an email to me. One of the world’s foremost Rumi scholars, Lewis is Associate Professor of Persian Language & Literature at the University of Chicago, as well as Chair of the Department of Near Eastern Languages and Civilizations. The first film was “threatened by Oliver Stone in about 1999, which appears never to have materialized,” he writes. The other three, according to Lewis, were by the Indian director, Muzaffar Ali; by the acclaimed Iranian new wave director, Dariush Mehrjui, inspired by the Persian novel “Kimia Khatun”; and by documentary film-maker, Ovidio Salazar, inspired by the historical fiction of Nahal Tajadod.

Novels inspired two of these four film projects, even as they show exactly why DiCaprio and Downey are poor choices for the roles but good bets for securing studio funding. Having reached the exalted plane of “movie stars,” they are contractually obligated to use their star power to sell their films. In other words, they are no longer capable of disappearing into their roles--roles that, by and large, have for many years been the cinematic equivalent of processed cheese. Early career aside, the roles they’ve taken since they reached A-list status have affirmed a militarized vision of dominance over nature, resolved conflict through spectacular violence, cheerfully promoted might as right, and waved the flag of beleaguered masculinity while sidelining women as sexy lampshades. This is a profitable—and distinctly American--formula.

To have such men seriously attempt to inhabit the mindsets of 13th-century Middle Eastern mystics is, bluntly, to court parody. But more relevant is the fact that it is not Rumi’s biography that has captivated millions of new fans but his subtle, nuanced, penetrating poetry. “Any film that seeks to truly represent Rumi ought to approach him not through the life story,” Lewis notes, “but through the poetry, and that will be very difficult to do with any well recognized actor, on whom any film script written for a name actor will be compelled to focus. “

For a film about Rumi to succeed, then, it must not misunderstand its subject or push aside his words, but strive to express them fully while preserving the expansive, generous, and subtle mental constructs they inhabit. To express the transcendent worldview of a mystic who, even in today’s fraught political climate, offers a vision of peace and tolerance that cannot be silenced by bigotry and prejudice. As Rumi stated: “Every story is us."