Who better to deliver divine retribution to the pharma bro than the RZA and Bill Murray? 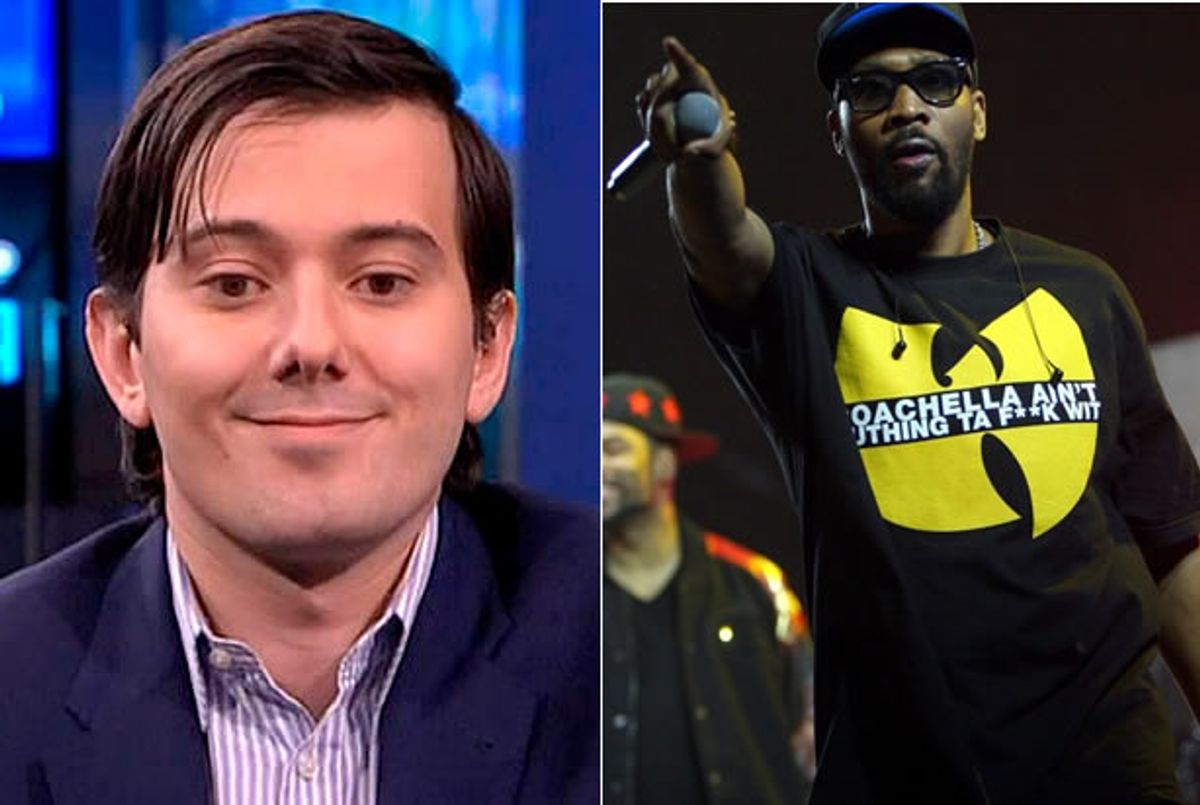 Martin Shkreli may never get his comeuppance in real life, but theater buffs will soon have the opportunity to see justice for "the most hated man in America" in a new stage production that pits Shkreli against the righteous team of Bill Murray and the Wu-Tang Clan.

"Martin Shkreli's Game: How Bill Murray Joined the Wu-Tang Clan," will premier in July at New York's Midtown International Theater Festival, as first publicized by FACT. The "musical caper comedy" will portray an attempt by Murray and the rap group to steal back the one-of-a-kind Wu-Tang album Shkreli paid $2 million for in 2015. Though the show is already scheduled and tickets are on sale, creators Lauren Gundrum and Joel Esher are seeking funding for the production through an IndieGoGo campaign.

Shkreli, as you'll surely recall, earned eternal infamy in 2015 for his pharmaceutical company's shameless profiteering, and was subsequently arrested for securities fraud. The "pharma bro" made further headlines in December 2015, when news broke that he was the mysterious buyer who had paid $2 million for the lone copy of the Wu-Tang album "Once Upon a Time in Shaolin." Shkreli, always eager to piss people off, claimed at the time that he hadn't even listened to record.

Fans hoping to hear the "Once Upon a Time in Shaolin" before its scheduled public release in 2103 were heartened by the outlandish (yet somehow still completely believable) rumor that the contract contained a stipulation allowing the Wu-Tang Clan and Bill Murray one attempt at a "heist or caper to steal back" the album from Shkreli.

The imagined heist (which wouldn't be the first collaboration between Murray and Wu-Tang members) is the inspiration for the forthcoming musical. If you think you're up to the gargantuan task of portraying Murray, Ghostface Killah, or the ghost of Ol' Dirty Bastard, auditions for the production are open now.

A trailer for "Martin Shkreli's Game," embedded below, features co-creator Esher singing some demos from the show that hew decidedly closer to traditional show tunes than the rugged beats of the 36 Chambers.