Obama rips the GOP on The Tonight Show: Republicans might not be happy with Trump as nominee, but "we are"

In a preview of Thursday's Tonight Show, the president tells us how he really feels about his potential successors 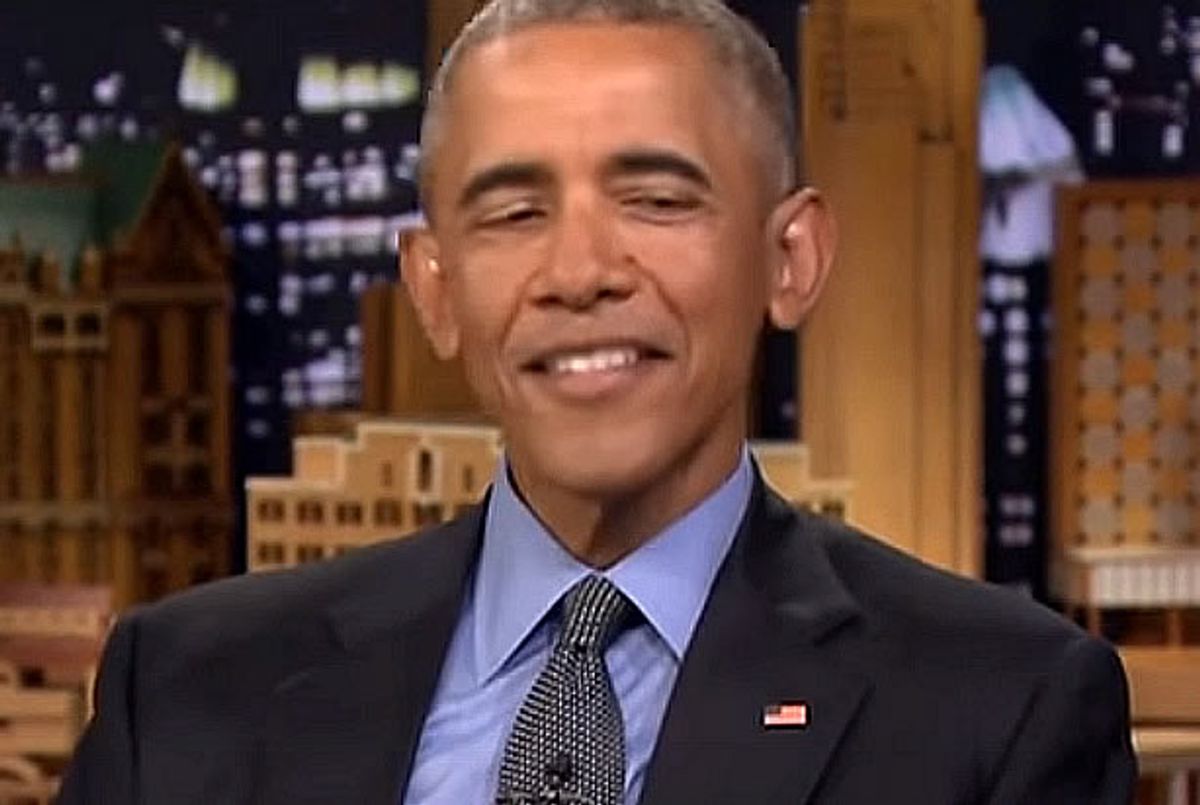 In a preview of his appearance on the Tonight Show with Jimmy Fallon, President Barack Obama was asked whether he thinks "Republicans are happy with their choice" of Donald Trump as the party's nominee.

"We are," the president quickly replied. "That's too easy," he added, before saying that "the truth is, I am worried about the Republican Party."

He indicated that he would be speaking to Vermont Senator Bernie Sanders about dropping out of the race -- and outlined what he thinks his role, as president, would be in it.

"The role I’m going to be playing in this process,” he told Fallon, “is to remind the American people -- this is a serious job. This is not reality TV."

Watch the entire preview below via CNN.