Republicans are scrambling (again) for a third party candidate: Why it won't work and misses the point

Trump is an outgrowth of Republican politics, and the party has to reckon with reality above all else. 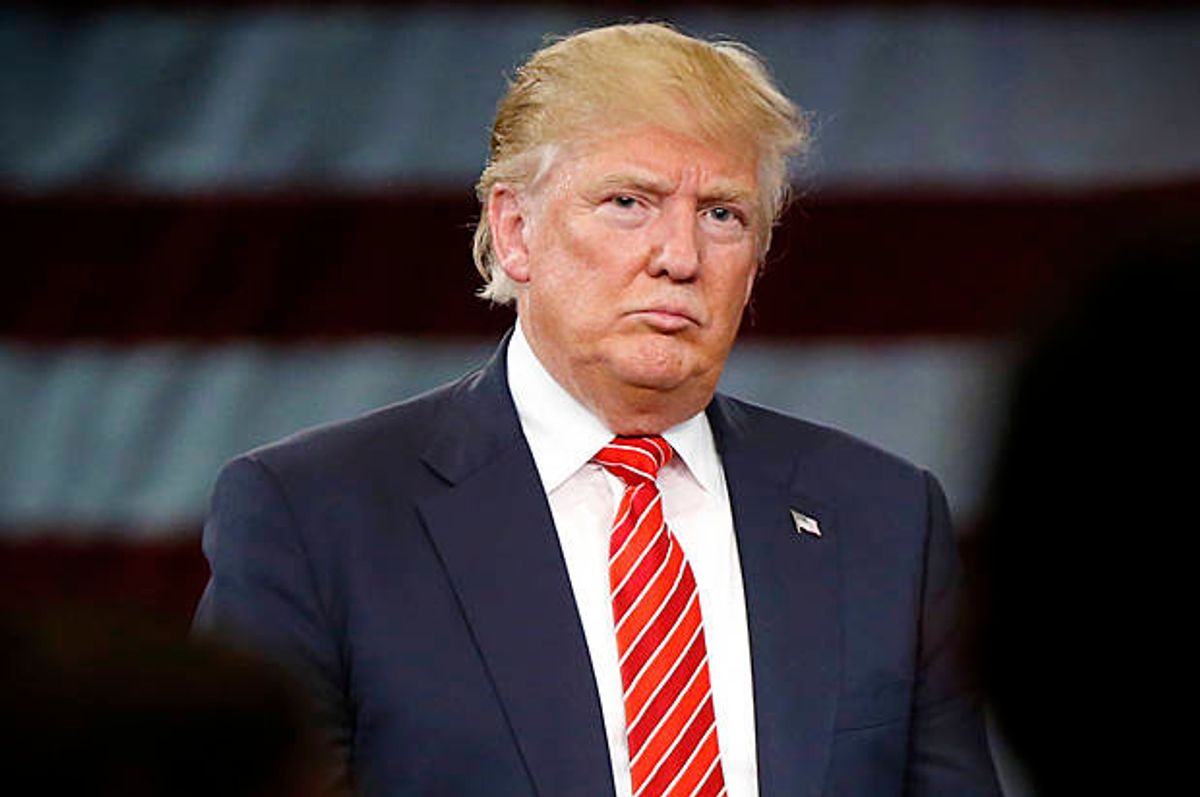 The Trump-related cognitive dissonance among Republicans has been something to behold. Still, many establishment Republicans seem unable to accept what's really happening. His campaign began with that droll descent down the escalator at Trump Tower, and we all laughed. It was a joke – it had to be. But then Trump started winning. And he won some more. And he starting leading in all the polls. And then the whole sordid spectacle became all-too-real.

Before Trump clinched the nomination in Indiana, there was a lot of chatter from Republicans about staging a coup at the convention. Trump was likely to have secured the most pledged delegates, but the hope was that they could prevent him from crossing the threshold before the convention.

Hope, as Thucydides famously said, is the prop of the desperate. Despite their best efforts, the Republican establishment couldn't stop the Trump juggernaut. Not only did he win, but he set turnout records in several states. However deranged, Republican primary voters got the candidate they wanted. Consequently, GOP leaders began to fall into line. After such a resounding victory, talk of a brokered convention seemed far-fetched.

But after Trump's racist attacks on Mexican-American U.S. District Judge Gonazalo Curiel, Republicans are re-exploring their possibilities. According to a NBC News report, Republican operatives are scrambling for some last-ditch solution to the waking nightmare before them.

“Everything's got to be on the table,” said Bob Vander Plaats, who co-chaired Ted Cruz's presidential campaign, including tinkering with the rules in order to unbind delegates on the convention floor. Influential conservative talk radio host, Hugh Hewitt, joined the chorus this week, claiming that “the party ought to change the nominee – because we're going to get killed with this nominee.” Former national political adviser for Rand Paul's campaign, A.J. Spiker, has explicitly asked delegates to “vote their conscious” and “stop that man.” “I'd rather have the challenge of having to raise some money than having to pick up all the pieces that Donald Trump has smashed,” Spiker added.

All of these noises are being made against the backdrop of Bill Kristol's failed attempt to spearhead a third-party alternative to Trump. After Kristol flirted with shoehorning Mitt Romney (yes, that Mitt Romney) into the race, he turned to a largely unknown National Review writer by the name of David French. Evidently, French declined and thus Kristol's one-man #NeverTrump campaign imploded.

All of the talk makes for interesting headlines, but it won't happen. This is Trump's party now. Changing the rules at the convention is theoretically possible, but the impediments are considerable. Most obviously, there would be tremendous blowback from the base. Trump earned the nomination. If the RNC rewrites the rules in Cleveland, his supporters would (rightly) stay home in November and the convention would descend into chaos.

Republicans, for the most part, understand this. “That's not going to happen,” said Ken Cuccinelli, who also served as top adviser for Cruz. “I will say clearly we are not participating, and we are dissuading people from any effort to change the nominating effort in the rules committee.” Two RNC committee members also told NBC News that the risks involved in a coup are too great. “It would be a chaotic mess and stupid – it's a fantasy and will not happen,” said one member. A second RNC official struck a similar note: “The people of this country have spoken. Now is time to get on board and unify.”

There is no way around the Trump problem now. His ascendance in the Republican Party wasn't a mistake, as some commentators seem to imply. This was the deliberate result of a democratic process. Nor is it an accident that Trump flourished in a party that has cultivated cultural angst and racial animosity among its base for decades. He's an outgrowth of Republican politics, and until the party reckons with that reality, they'll continue dancing around the flames.

Meanwhile, Trump is the face - and the nominee - of the GOP. If Republicans haven't accepted that by now, they never will.