"The Americans" slow-burns toward a big finish: Season 4 finale sets up complex endgame to come 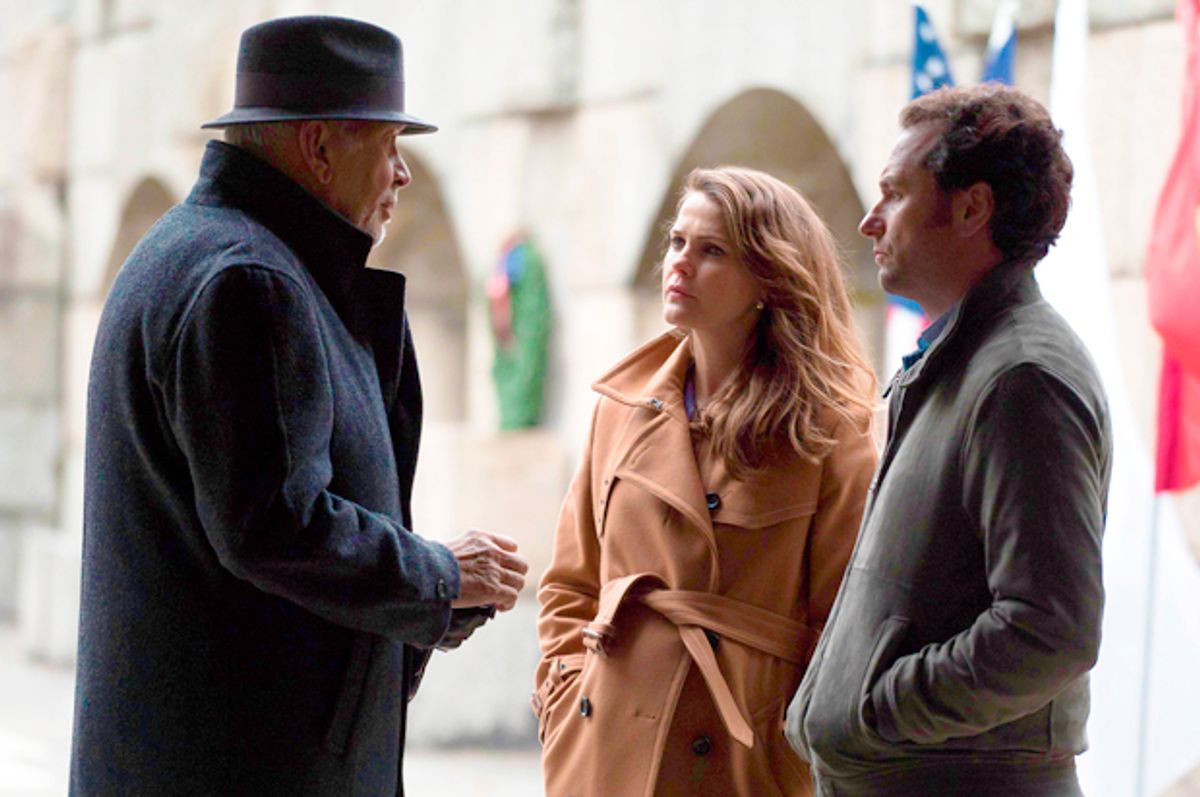 Last night, one of the best shows on television, “The Americans,” concluded its fourth season. Many of us who love the series -- built around a married couple of Soviet spies living what seems an ordinary suburban life in the 1980s -- consider it today’s best show, period.

In part because of the almost relentless high quality of “The Americans,” alongside its modest ratings, it’s natural to root for the show, to champion it to anyone who will listen. Last night’s finale, though, “Persona Non Grata,” was an odd one: It brought some important plot elements to a close, and opened up some new possibilities for the final two seasons. It was, as ever, well acted and smartly written. But as an episode in itself – especially as a finale, where the expectations are high – it was a bit of a disappointment. “The Americans” has been so strong episode by episode, that one that’s just very good feels like a letdown.

So what happened? The episode ran longer than usual, and certainly, it included a huge number of events involving a wide range of characters. FBI agents Stan Beeman and Alderhold track William, who’s carrying the deadly Lassa virus, to a park, and seize him after an elaborately choreographed scene: William infects himself with the virus so he won’t have to live long enough to spill on his operation.

We travel back to the U.S.S.R., where Philip’s son, Mischa, is threatened for criticizing the Party. A little later, he speaks to his grandfather and opens a present from his late mother: several passports and stacks of foreign currency. (Will he come looking for Philip?)

And Paige, who has been getting closer and closer to the family business each episode, takes two more steps: telling her mother she wants to learn some self-defense (“Maybe I can teach you a few things,” her mother replies), and making out with Beeman’s son in what looks like an early stab at spycraft.

There’s more – two U.S. officials tell Arkady they’re onto him, and he has 48 hours to return to the Soviet Union. Philip attends an EST meeting where he talks about the pit in his stomach and why he hates his job. Pastor Tim and Alice had a baby girl (who we meet while listening to a Leonard Cohen song about death.) William comes close to dying, grotesquely, in a hospital, after admitting how unfulfilled and isolated he’s been.

In other words, there are so many plots and subplots here that even after seeing the episode twice, I have a hard time making anything but literal sense of it. Somehow, it didn’t quite resonate. This season was dark and low-key, but still.

It’s inevitable that any show in its fourth season, especially one as densely plotted as “The Americans,” would end up with a lot of characters and numerous storylines to attend to. But much of the show’s emotional power comes from the complicated connection between Philip and Elizabeth, its married couple who were set up by the KGB but find themselves loving each other, and that part of the series is largely neglected here. We’re so used to seeing them work out the paradox of their position that an episode where they hardly speak to each other feels a little hollow.

There’s one exception to that, though. Near the episode’s conclusion, Gabriel, the couple’s Soviet fixer, tells them that it’s time for them to return to the Soviet Union. “Elizabeth, you’ve been doing this for almost 20 years,” he tells her. “This job wasn’t meant to be forever. I think it’s time.” It’s hard to tell what Philip and Elizabeth will choose to do, and how the move would affect their children. In the very final scene, Philip and Paige walk home to what looks like a haunted house, father warning daughter about getting romantically involved with people for political reasons. “You have no idea. No idea.”

So as overstuffed and unfocussed as the finale was, it sets up the final two seasons of “The Americans” to be even more tense and complex than the first four. Maybe a season ender like this was necessary to keep things moving. In any case, whether “The Americans” moves to Moscow or stays in Virginia, it’s likely to remain a truly sterling example of how good television can be.