"He just has to sprinkle it on the issues," the conservative radio host and Fox News contributor said 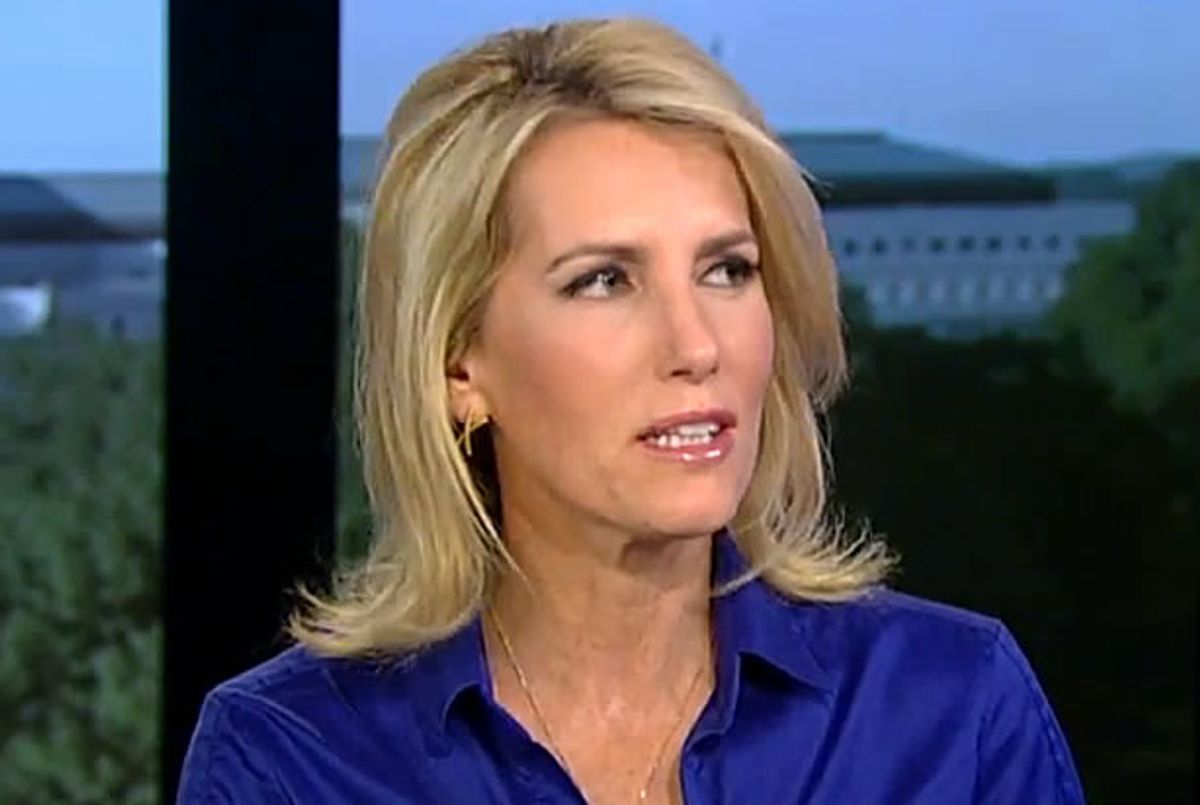 Conservative radio personality and Fox News contributor Laura Ingraham appeared on Special Report with Bret Baier after the titular host's interview with Hillary Clinton to complain that the presumptive Democratic nominee was insufficiently specific about how she would improve the economy.

Baier had asked her, repeatedly, how her administration would differ from the current one, and her defense of Obama -- "seventy-six months of job creation is a good start" -- as well as her infrastructure heavy answer didn't seem to satisfy him.

Donald Trump, the presumptive Republican nominee, hasn't provided much in the way of specifics either, but that doesn't matter to those of his supporters who, like Ingraham, have absolute faith in his ability to turn a profit. (Even if he possesses nothing of the sort.)

As if trying to prove his lack of specificity in the most basic way possible, Ingraham complained of Clinton's plans that "there's no there, there" -- especially when compared to Trump and his "magic sauce."

She acknowledged that Clinton is "a talented person [and] very smart, but Trump has the magic sauce. He just has to sprinkle it on the issues, and then he has to serve it up in a very pleasing, interesting and sometimes provocative and entertaining way."