The Democratic Party derailed Bernie: How the establishment has worked to discredit Sanders' movement 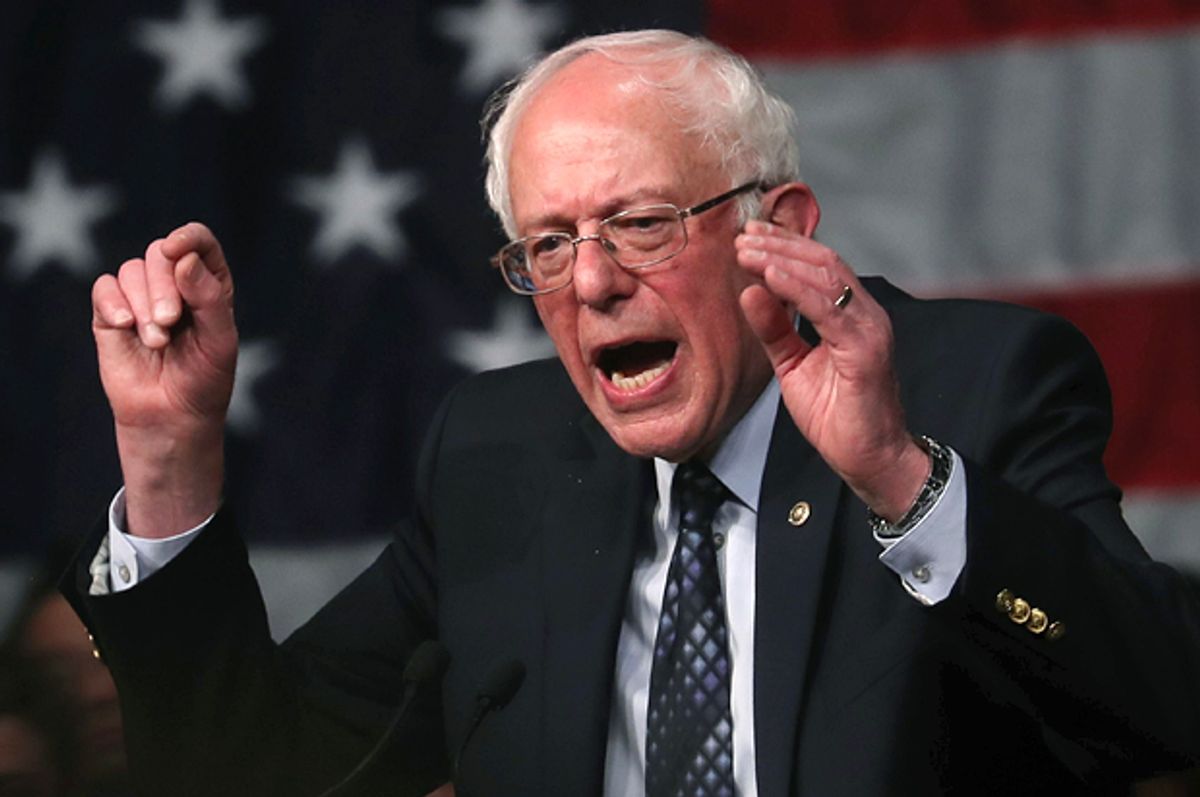 Back in April, the Hillary Clinton Super PAC Correct the Record, which is helmed by the former right-wing attack dog David Brock, announced that it would be spending $1 million to “engage in online messaging both for Secretary Clinton and to push back against attackers on social media platforms like Twitter, Facebook, Reddit, and Instagram.” In other words, the political action committee would spend a cool million on paid internet trolls to pounce on anyone who dared to criticize their presidential candidate.

This announcement was part of a bigger story about the 2016 presidential election: the powerful and far-reaching presence the Bernie Sanders campaign has on social media, and the enthusiasm of young Sanders supporters online, many of whom have been labeled trolls, “Bernie Bros,” “BernieBots,” and — more egregiously — sexists and racists by Democratic partisans and the corporate media over the past year. Sanders has such a passionate online base that David Brock and the Clinton campaign felt it necessary not only to pay legitimate trolls to attack them, but to make bogus generalizations intended to discredit the entire movement.

Throughout the primary season, a narrative has formed — thanks in large part to an uncritical media’s willingness to accept unsubstantiated reports (like chair-throwing and other violence in Nevada) — that Sanders supporters are a bunch of sexist, brutish, violent, and even racist white male trolls and serial harassers (the last charge, which has been exploited by influential journalists and establishment figures to evade any substantive criticisms, is perhaps the most troubling, for the very reason that it undermines people who are genuinely harassed online — which is a very real problem, especially for women and people of color).

Of course, there are indeed anti-Clinton/pro-Bernie trolls on social media — you’d be hard pressed to find any political movement that doesn’t have its share of trolls and assholes, and anyone who thinks their side is troll-free is either naive or self-absorbed. As The Intercept’s Glenn Greenwald recently put it on Twitter: “Self-centered people always think their own group is free of trolls because they're never targeted by them.”

Unfortunately, “troll” and “harassment” have become terms that are now impulsively hurled by Democratic partisans at anyone who criticizes or disputes their opinion or a claim they’ve made, whether on social media or in a publication. Accusing someone of harassment — even when the person is making a valid argument (admittedly, sometimes substantive arguments can be made in a rude or condescending manner, but is being rude or impolite harassment?) — is an easy way to avoid their argument and discredit them in the future.

A few weeks ago, for instance, former Demos blogger Matt Bruenig (who was later fired for the incident after being rude to Center for American Progress president and Clinton confidant Neera Tanden) responded on Twitter to a column written by Joan Walsh in The Nation that made fairly ridiculous claims, including the declaration that the Sanders movement risked becoming an “angry white male cult” (is this not trolling itself?). Bruenig innocuously wrote that “It's really about old people versus young people, but you know that,” to which Walsh flatly replied: “Matt, you're becoming a troll.”

The things that pass for trolling these days!

Of course, Bruenig’s “trollish” comment was factual: the most revealing demographic divisions between Sanders and Clinton have not been gender or race, a narrative that Democratic partisans and the media have pushed incessantly, but age and generational divides. According to a recent analysis from Tufts University, Sanders has now “surpassed Barack Obama's 2008 Democratic primary totals among young people in the 25 states where we can draw a comparison — whether you count by raw vote total or percentage of the overall vote share,” as reported by Jeff Stein on Vox. Sanders is beating Clinton by a whopping 71-to-28 margin among voters under 30. And even in states where Sanders lost to Clinton by significant margins, like North Carolina, the Senator still managed to take the youth vote.

One constant narrative throughout the primaries has been that Sanders just can’t gain the support of women or people of color, and that his supporters are overwhelmingly white males who back him for the simple reason that he is a man (e.g. Walsh’s “angry white male cult”). But again, this is complete hogwash. Sanders has actually done better with young women than young men — a USA Today poll taken in the midst of the primaries found that Millennial women backed “Sanders by a jaw-dropping 61%-30% while the divide among Millennial men is much closer, 48%-44%.” Similarly, while Clinton has dominated with African American voters overall, young black and Hispanic voters have a more favorable opinion of Sanders than Clinton, according to a Gallup survey from May. Indeed, Sanders is viewed even more favorably among black millennials than white millennials. The survey also found that Sanders is viewed more favorably among millennial women than millennial men, and that millennials were the most left-leaning generation.

In the year leading up to the 2016 presidential campaign season, progressive Americans were eagerly awaiting and encouraging the consumer-advocating Senator Elizabeth Warren (D-MA) to announce a Democratic run for the presidency. Sanders was a beloved progressive gadfly who had been fighting for economic and social justice for several decades, but he was also a 74-year old Jewish democratic socialist. Warren was younger, she was a women, and — perhaps most importantly — she didn’t describe herself as a socialist. She was the obvious choice for progressives, and she was deemed infinitely more electable than Sanders.

Of course, Warren had no real desire to run for president. She is not a born politician (which is one of her best traits) and had only been in the Senate for a couple of years; besides, she has been extremely effective in Congress. Once it became clear that Warren wouldn’t run, and once Sanders announced his own candidacy, many progressives and progressive advocacy groups who had been pushing for the Massachusetts Senator to challenge Clinton quickly began supporting the Vermont socialist. A group called Ready for Warren launched an initiative for Sanders called Ready to Fight, while progressive advocacy group Move On, which had been urging Warren to run, endorsed Sanders, as did Democracy for America. This further corroborates the claim that support for Sanders is broadly about his politics and ideas.

Roughly a year after launching her campaign, Hillary Clinton has now locked up the Democratic nomination. But her campaign and the DNC establishment have also done a great job at alienating young people and the left.

Partisans have been reluctant to acknowledge that a formidable progressive movement fueled by millennials could challenge the neoliberal status quo in the coming years, and have instead tried to tarnish the reputation of the entire Sanders movement. But Sanders isn’t going to fight until the convention because of “sexism,” as Clintonites have started postulating, but because of politics and ideas; his entire campaign has been about combating “establishment politics” and “establishment economics,” which, unfortunately, Clinton epitomizes. Of course, partisans don’t want to debate ideas or address inconvenient truths, like the party’s close ties to Wall Street and corporate America. It’s much easier to make generalizations and accuse everyone who disagrees with you of trolling or harassment.

Until the Democratic establishment is ready to debate ideas, the Sanders movement and the left should keep the pressure on strong and avoid petty or personal attacks against the Democratic party or Hillary (needless to say, this does not include questioning Clinton’s and the party’s financial ties to corporate America and Wall Street). And the online Sanders/progressive community should police any trolls or provocateurs who help prop up the media/establishment’s narrative.

As I noted above, every movement has trolls, and they should be shunned. The Sanders movement must be about ideas in the weeks to come, because real political change can only happen after the battle of ideas is won.