"We are not going to let Donald Trump or anyone else turn back the clock": Clinton continues to go after Trump during Planned Parenthood speech 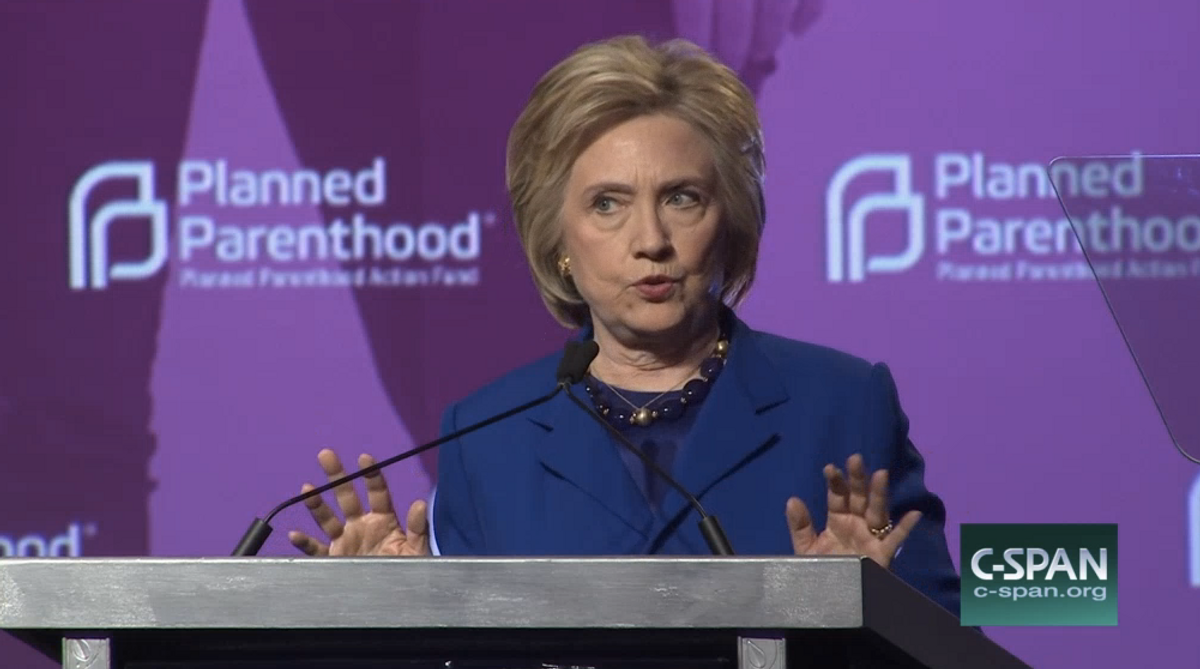 In her first speech since becoming the Democratic Party’s presumptive nominee, Hillary Clinton forcefully vowed to fight attempts to repeal full access to reproductive health and pledged her continued support for women's health organization, Planned Parenthood, centering women at the core of her political campaign and targeting rival Donald Trump for his abysmal record with women.

67 percent of women said they have an unfavorable opinion of Trump, according to an ABC News/Washington Post poll last month. On Friday, Clinton went after his greatest weakness, painting Trump as fundamentally harmful to the health of the nation's women.

“I’ve been proud to stand with Planned Parenthood for a long time, and as president, I will always have your back,” she said at a event for the organization in Washington, D.C. on Friday. "I just wish Ann were here to see this election," in reference to former Texas Democratic governor Ann Richards, whose daughter, Cecile, nows runs Planned Parenthood and introduced Clinton on Friday. "She'd have Donald Trump tweeting double time."

Clinton told the hundreds of attendees that Trump's and the GOP's vision for reproductive health and justice is regressive, calling for a repeal on the federal ban on tax dollars going towards abortion procedures.

Noting that "when Planned Parenthood was founded, women couldn’t vote or serve on juries in most states," Clinton argued that Trump would work hard to appoint judges who would repeal Roe v. Wade and other gains made in recent decades.

"It wasn’t so long ago, Republicans and Democrats could actually stand together on these issues," Clinton noted, pointing to her work with Republicans during her husband's presidency to create the National Campaign to Prevent Teen Pregnancy.

"Now things feel quite a bit different now, don’t they?"

"Instead of working to continue the progress we’ve made, Republicans, led now by Donald Trump, are working to reverse it," Clinton told the crowd:

When Donald Trump says, “Let’s make America great again,” that is code for “let’s take America backward.”  Back to a time when opportunity and dignity were reserved for some, not all.  Back to the days when abortion was illegal, women had far fewer options, and life for too many women and girls was limited.

Well, Donald, those days are over.

We are not going to let Donald Trump or anyone else turn back the clock.