9 things everyone should know about Ramadan

An estimated 1.6 billion Muslims are observing their religion's most sacred month. A primer for the uninitiated 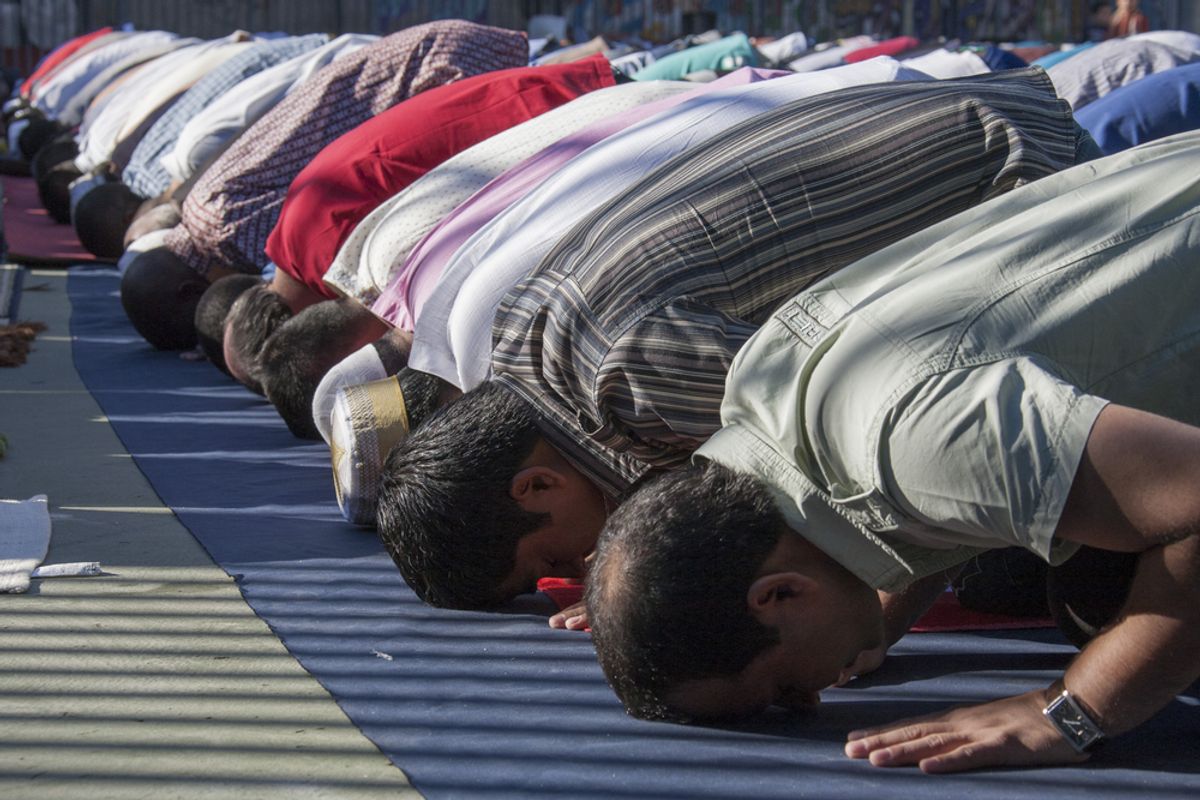 Beginning this week, an estimated 1.6 billion Muslims around the world will be observing their religion’s most sacred month, Ramadan. This translates to a period of time spent reaffirming essential values and beliefs intrinsic to the Muslim faith.

Many outside of the religion may be aware of the no-eating-during-daylight part. As a kid, I recall marveling at the stoicism of my Muslim friends, unable to comprehend how they were so committed to what seemed to be such an arduous task.

If this sounds familiar, the info below should help enlighten you on several other interesting aspects of this holy time experienced by so many.

Practically speaking, it’s the ninth month of the Islamic calendar. The word comes from the root words ramiḍa or ar-ramaḍ, which roughly translate to the scorching heat of the sun. For Muslims this means a time of deep spiritual discipline where they reaffirm their relationship with Allah and through which, in keeping with the name, their sins will be burnt away.

2. Why is this time so important to Muslims?

This month is believed to be around the time the first verses of the Qur'an were revealed to the prophet Muhammad in 610 C.E.

As the story is told, Muhammad would often leave his home town of Makkah to reflect and meditate in solitude. One night while Muhammad sat contemplating in a cave, he heard a voice call out to him, “Read!” The voice belonged to the angel Gabriel. In turn, Muhammad proceeded to miraculously recite the first verse of what would come to form Chapter 96 of the Qu'ran, which goes:

"Read, in the name of thy Lord, Who created?

Created man, out of a clot (embryo).

Proclaim! And thy Lord is Most Bountiful,

He Who taught the use of the pen?

Taught man that which he knew not.

In that he looketh upon himself as self-sufficient.

Verily, to thy Lord is the return (of all)."

3. Why do Muslims fast during Ramadan?

Along with serving as a means for deep contemplation, fasting represents one of the five pillars of Islam, a set of practices every Muslim must follow. For the entire month, observers of the fast cannot eat, drink or smoke from daybreak to dusk. The act of fasting serves a number of purposes:

It acts as a tool for focus and prayer that helps reestablish a sense of purity between the body and mind. Through the struggle and great effort the act takes, it helps to build a greater sense of generosity, humility and community.

It helps to build compassion and empathy for the less fortunate, who may not always have the freedom to choose not to eat. By fasting, Muslims remind themselves what it means to experience hunger and thirst.

It fosters a sense of self-control and discipline, and let’s face it, we could all do with a little help in these areas.

4. Are there exceptions to the fast?

Yes. Though you’re expected to fast post-puberty, there are circumstances that allow for abstention, like pregnancy and mental or physical illness.

5. And yes, if you were wondering, fasting time differs depending where you are in the world.

Put it this way, it’s a lot harder being Muslim in Northern Europe.

Among the aforementioned five pillars of Islam, is the ever important practice of charity. During Ramadan, the rewards of charity are considered to be greater, so this month generally marks a time of great generosity.

7. What is Ramadan's connection to the moon?

As opposed to the more synonymous January through December months, for religious matters Muslims adhere to a lunar calendar. In the case of Ramadan, the month officially starts with the sighting of the new moon of the lunar calendar’s ninth month. One of the major differences between these two forms of keeping time is that the latter is 11 days shorter. As such, Ramadan shifts backward by approximately 11 days each year.

There should be no effort without reward and in the case of Ramadan this comes in the form of a big festival at the end of the fast called Eid ul Fitr. Literally “Festival of Breaking the Fast,” the celebration involves all the elements of any good religious celebration: gift giving, family and friends and a big meal (enjoyed under daylight). It is also a day for Muslims to praise Allah for helping them get through the month and ask for forgiveness for their sins.

9. On that day, you can wish your Muslim friends "Eid Mubarak."