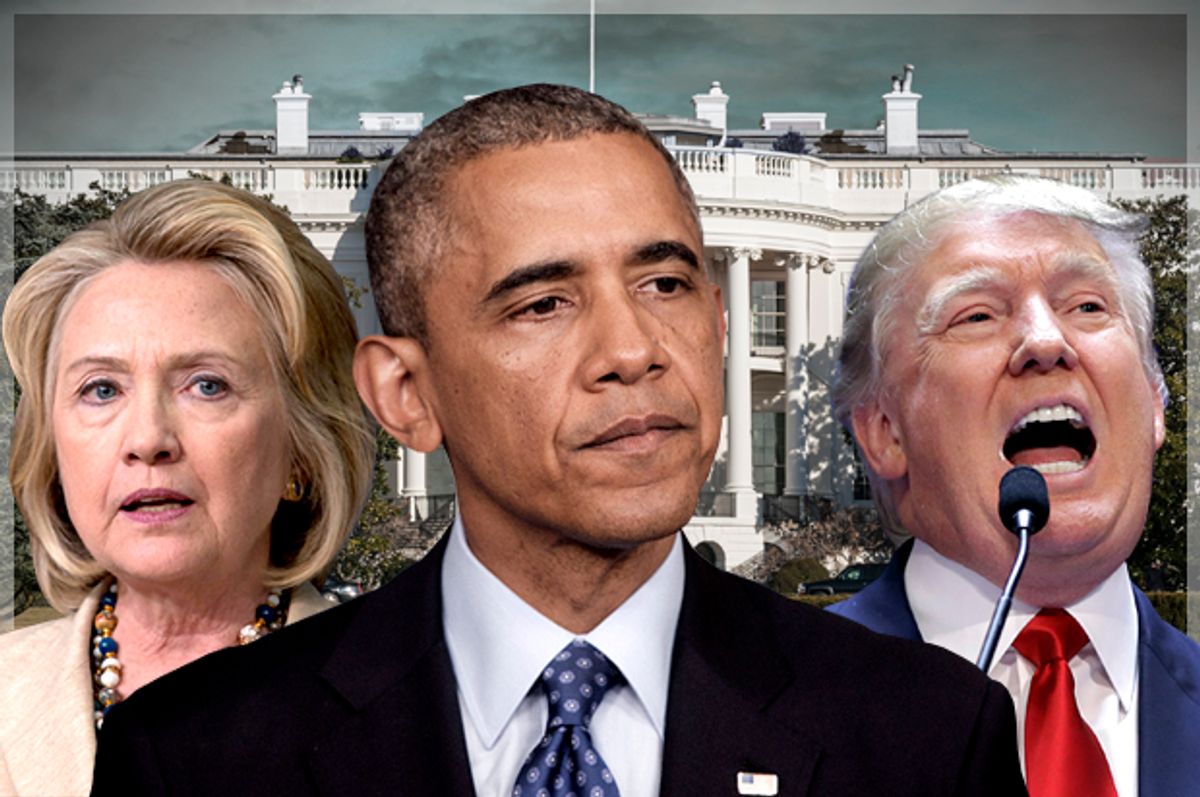 Almost immediately after it was announced that U.S. born terrorist gunned down at least 59 people in an Orlando gay nightclub, presumptive Republican presidential nominee Donald Trump released a statement calling on President Obama to resign from office for not explicitly using the term "Radical Islam" to describe the worst mass shooting in recent U.S. history, and demanded that presumptive Democratic nominee Hillary Clinton drop out of the race if “after this attack, [she] still cannot say the two words.”

"If he is somehow suggesting I don't call this for what it is, he hasn't been listening," Clinton said of Trump's criticism on NBC's "Today" Monday morning. "I have clearly said we face terrorist enemies who use Islam to justify slaughtering people. We have to stop them and we will. We have to defeat radical jihadist terrorism, and we will."

Making her own rounds on the morning news circuit, Clinton said she was "happy" to use the terms Republicans like Trump have badgered President Obama to use for years.

"From my perspective, it matters what we do more than what we say," Clinton said on CNN's "New Day." "And it mattered we got bin Laden, not what name we called him. I have clearly said we -- whether you call it radical jihadism or radical Islamism, I'm happy to say either. I think they mean the same thing."

"This was a terrorist attack. ISIS appears to be claiming credit for it, whether it had anything to do with it or not -- at a minimum, they seem to have inspired it," Clinton told host Chris Cuomo.

She repeated her willingness to identify ISIS-inspired terror attacks with a form of radical Islam on MSNBC's "Morning Joe," telling the host that "we have to defeat radical jihadist terrorism or radical Islamism, whatever you call it."

Clinton's language stands in contrast to President Obama's remarks on the Orlando shooting. Speaking from the White House on Monday, the president said the Orlando attack was being treated like "a terrorist investigation,” but only acknowledged "that the shooter was inspired by various extremist information that was disseminated over the Internet" without a specific mention of "Radical Islam":

I'm sure we will find that there are connections regardless of the particular motivations of this killer, there are connections between this vicious, bankrupt ideology and general attitudes towards gays and lesbians, and unfortunately that is—that's something that the LGBT community is subject to not just by ISIL but by a lot of groups that purport to speak on behalf of God around the world

No word from the White House on whether President Obama plans to step down as directed by Trump.

Of course, on Trump's preferred soapbox, Twitter, he credited himself with Clinton's use of the term "Radical Islamic Terror":

As Politico points out, Trump may be partially right in this instance:

Clinton's comments on Monday mark an evolution for her. After the San Bernardino terrorist attack, Clinton in December said she was fine using "radical jihad" but was not fond of using the term "radical Islam."

“The problem is, that sounds like we are declaring war against a religion. That to me is number one, wrong,” Clinton told ABC "This Week" host George Stephanopoulos. “It doesn’t do justice to the vast numbers of Muslims in our own country and around the world who are peaceful people.”

Still, Clinton condemned her rivals rush to attack the Muslim community at-large and President Obama and specifically on Monday. "I think that Donald Trump's rhetoric is quite dangerous to our country," Clinton told CNN.