“20 minutes of action” is 20 minutes for Brock Turner — for his victim, it’s a lifetime 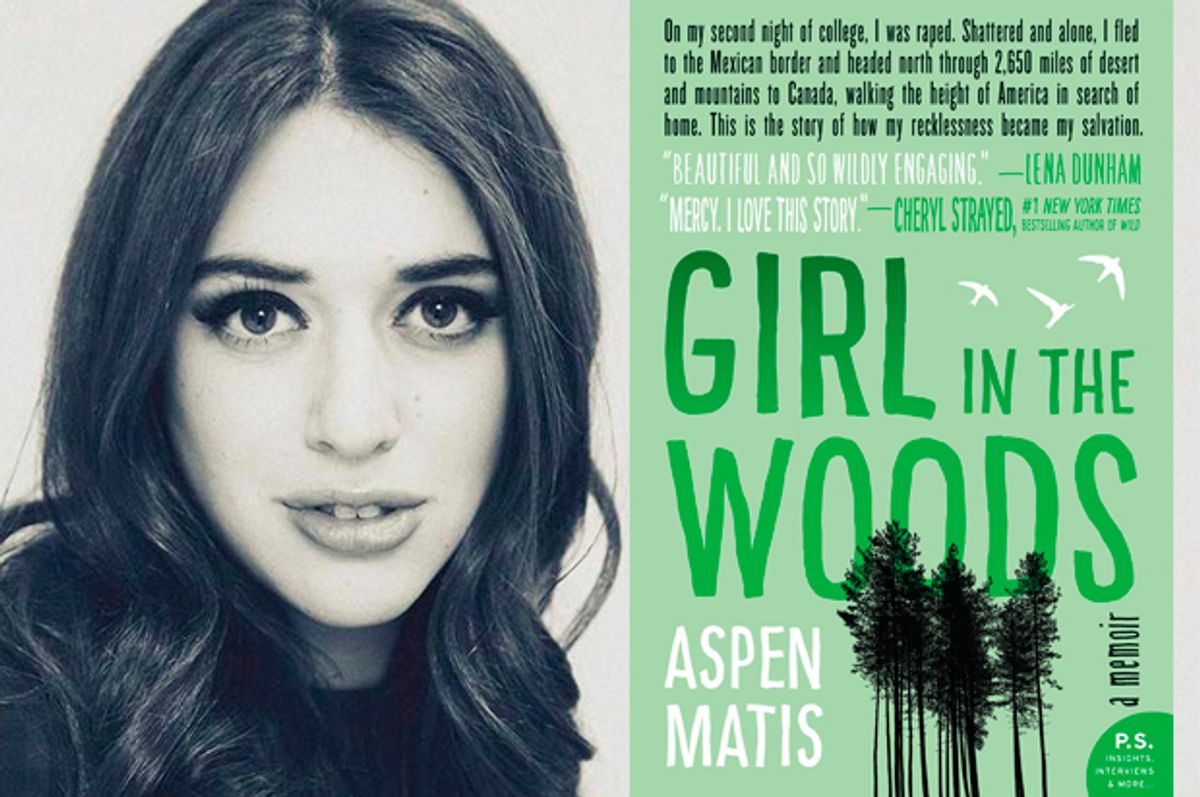 Brock Turner, a 20-year-old Stanford University athlete, was found guilty on three felony counts for the sexual assault of an unconscious woman behind a dumpster, penetrating her sexually, inserting pine needles inside of her, violently raping her.

Our collective focus has shifted; his father is concerned that his son is not eating enough steak anymore. He is confused as to why “twenty minutes of action” should be so consequential as to warrant jail time.

I have not made a typographical error; the judge believed that six months was the reasonable punishment for the crime of the rape of a person, which was defined by the state of California as sexual assault. Mr. Turner received a six-month sentence in county jail as opposed to the potential 15 years in prison because the judge believed a longer sentence would have a “severe impact on him.”

I am baffled and disheartened.

I was raped in college, and I have something to explain:

It’s brutally unfair that it takes only 20 minutes, or less, to end a person’s capacity to believe that they are safe in the body inside which they must keep living. It’s horrifying how easy it is to change a person’s life forever.

On the second day of my freshman year at Colorado College, before classes began and even before I’d removed the yellow and blue construction paper nametag from my door, I was raped by a fellow freshman. I know from personal experience that reporting a rape is the beginning of a battle.

At that time I hoped my rapist would be punished in such a way that it would have a “severe impact on him.”

Instead, my rapist and I entered “conflict mediation”—as if rape could be mediated like a playground fight between children. All my words were lost in an internal hearing within Colorado College’s closed system, at a long folding plastic table. I had no lawyer, no friends or parents present.

It was—as is so often the case—my word against his. My assailant and I testified separately, never together. In a beige conference room, I was questioned by two polite college-appointed mediators, submitting my memory. The mediator sat next to the cheery mediator-in-training, who was “observing.”

The mediator determined that the events of that night were “inconclusive.” The college found my rapist innocent.

That meant they didn’t believe me.

Which was devastating to me.

But Mr. Turner’s sentence is devastating to us all—because it reveals so much more than a personal injustice. Brock Turner was not found innocent; he was found guilty of 3 felony counts of sexual assault.

The conclusion I draw from the six-month sentence is that crimes of rape and sexual assault are treated differently from other felonies, that rapists of a certain class are treated more leniently than other criminals and rape and sexual assault victims continue to be blamed for the crime. The math shows that the system believes that some people’s lives are more valuable than others’. If you’re rich, if you’re white, if you’re a good athlete, you are permitted to ruin lives. If you’re a rape victim, the fact that you’ve suffered dire physical and emotional impact doesn’t count for much. Perhaps (the system seems to suggest) the rape victim bears some responsibility for the crime. The system protects banks from bank robbers, investors from financial fraud. Rape victims, not so much.

This is an issue of compassion.

Only 3 percent of rapes are prosecuted. Rape is basically an unprosecuted crime in America.

After hearing her rapist’s sentence—she was in the lucky 3 percent!—the anonymous Stanford Case victim read a letter to Mr. Turner in the courtroom:

“…all that I was told was that I had been found behind a dumpster, potentially penetrated by a stranger, and that I should get retested for HIV because results don’t always show up immediately. But for now, I should go home and get back to my normal life. Imagine stepping back into the world with only that information.”

One bright morning I learned the administration had moved the boy from his room across campus into my dormitory, the floor above me. When I called Campus Housing and asked to be farther away from him, they moved me into the stained cinderblock motel dorm beyond the edge of campus, in the shadowed lot behind the Conoco gas station. My dim room had a sewage leak. I was exiled.

Devastated, I finally fled campus. With four weeks left of my freshman year, I dropped out.

I never returned to finish college, but my rapist stayed in school. After 8 years, it’s still painful to me how badly my college handled it.

It was my body.

It was my safety.

It was my word, my reputation.

“Twenty minutes of action,” and it has taken me years to think through it. I haven't been able to forget how terrible people can be.

I am sick of administrators and judges diminishing the consequences of rape.

I ask not only Judge Persky and my college conflict mediator, but all administrators of justice: Do you fundamentally believe that all humans are created equal, of equally valuable souls?

“Twenty minutes of action” is 20 minutes for a rapist; for his unnamed victim, it’s a lifetime. In dismissive diction that inadvertently reveals a cold, hard, and yes evil lack of caring for another person, we glimpse the poison that infects our system. The wish to dismiss the truth and obstruct justice is now commonplace, pervasive; we face an infrastructure of terror in which the fact that one in five women is raped is systematically denied.

Brock Turner’s nothing-sentence is only a piece in a much larger story—the ending of which remains to be written.

We are now part of a budding truth movement, fresh in this country, opening the world's hearts—brave. We're leading the frightened, telling the actual stories with honesty and courage—and thus holding colleges and the military—all the old institutions—accountable, illuminating their dark, long-hidden systems. We request justice and will not stand for its obstruction. We are parts of something new but also fundamental, a long-overdue revision of a backward system—fighting for rationality, compassion, and the (basic!) respect of humanity—the human mind and also human body. This is a fight for freedom, in all senses, and our efforts are growing into a revolution. The mission is to override and overthrow selfishness, little-mindedness and the entitlement it allows, and "justice" with any agenda, which amounts to injustice. Which leads to pain, which feeds hatred directly. It is the time to stop this terrible cycle, and we are.

This fight is worth it.

We are only at the beginning, which is a thrilling place to be.

Collectively, we cannot allow trivial things to dominate our focus. Brock Turner’s fading love for ribeye is of subversive interest but not of lasting importance. The stakes are too high to let ourselves become distracted by common repulsive glitter, however hideous. I’m trying to hold my focus on the truth, which is blunt and not very fun to watch:

Pay attention; quietly, as the voices of our TVs debate his appetite for meat, the Honorable judge Persky has reduced Mr. Turner’s sentence to three months. It is baffling, so difficult to fathom why.

And finally we have come to a question worth asking.

Because we must show society’s judges that we can see: Mr. Turner’s actions have consequences greater than the 20 minutes they took to act out. What those consequences are is up to us.

Aspen Matis is the author of "Girl in the Woods," a memoir, which is out in paperback now.