A gun lover's case for gun control: Not all of us believe in the right to bear assault weapons 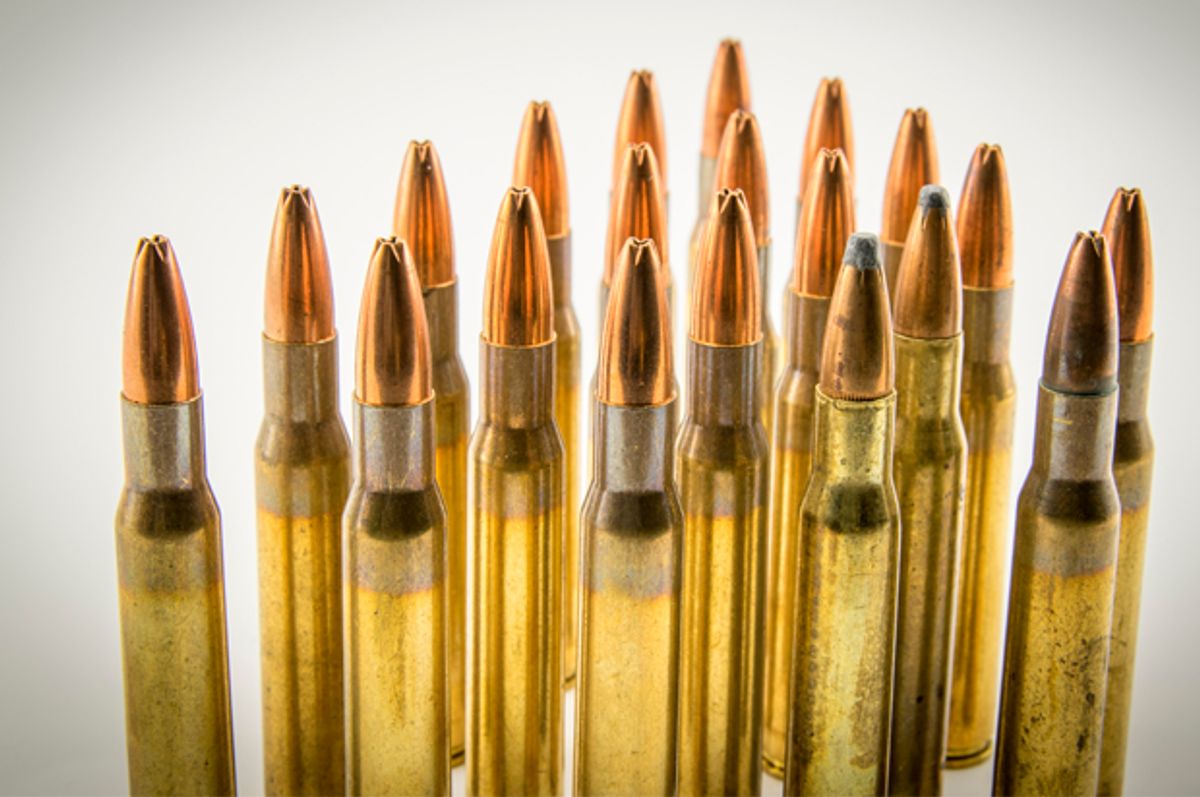 I grew up in a family of hunters. My father gave me a .22 rifle and a single-shot .410 shotgun when I was six years old. When my uncles (sometimes an aunt or two) and older cousins got together on a Sunday afternoon, at least one of them had a new gun to show off. The young kids like me were expected to share in the love, and respect, for firearms. I learned about marksmanship, which gun was best for which sort of hunting, that you never use more firepower than is necessary, and most of all, gun safety.

Although I quit hunting years ago (something that most of my relatives found bewildering), I continue to love guns. I like the cool feel of the steel and fruity scent of the oil. I like the hard, metallic clacks of a chamber opening or a clip plunging into place. I like to go to the firing range to squeeze the trigger, receive the recoil, hear the pop, and smell the puff of gunpowder. I like knowing that if an intruder threatens my home, I can protect my family.

I can do all of these things without an assault weapon.

With each tragic mass shooting like the recent one at the Pulse nightclub in Orlando the gun control debate resurrects with renewed vigor. Like most social concerns, the loudest voices tend to be from camps at the opposite poles of the issue’s spectrum. One group says that gun ownership is the shank of the problem and calls for severe restrictions on who can own firearms, how many, and what types—the “Guns kill!” camp. The other end sees any restriction as producing a slippery slope that will lead to overturning the second amendment—the “They’re coming for our guns!” group. The result of such for-me-or-agin-me opposition results in gridlock when legislators consider suggestions for reducing the number of the tragic shooting that keep us all in fear. I believe that the majority of gun owners want reasonable steps, such as banning assault-style weapons, to make our country safer.

The term “assault weapon” is admittedly vague. It usually means a semi-automatic, high capacity gun. An automatic rifle is like a machine gun in that, when you can hold down the trigger, it fires repeatedly and rapidly until you release the trigger. A private citizen cannot lawfully own one of these in some states. A semiautomatic rifle fires as fast as you can pull the trigger. If you can pull it three times per second, it will fire three rounds in that second. High (or large) capacity generally means that the gun can hold more than ten rounds at once. For the AR-15, the most popular of such guns for private citizens and the weapon of choice for mass shooters, the typical clip holds 30 rounds. Others that hold many more rounds are available. This means that shooter can fire 30 or more rounds without reloading, and for an experienced shooter, an empty clip can be replaced with a full one in a couple of seconds.

Of all the gun enthusiasts that I have known, none has ever owned a weapon with such fire power. Their guns are usually for specific purposes—shotguns and rifles for various sorts of hunting, pistols for home protection, some for target practice only, some of exquisite artistry to hang over the fireplace. No gun owner I have ever known has imagined him- or herself in a situation in that called for firing hundreds of rounds within minutes.

The murderers in mass shootings, however, have imagined themselves doing just that. Since the Federal Assault Weapons Ban (enacted in 1994) expired in 2004, use of these weapons and the numbers of casualties in mass shootings have increased. The shooter in Orlando was first reported to have used an AR-15, which has now been clarified as the Sig Sauer MCX rifle (as the Washington Post puts it, "aesthetically similar to and just as lethal as an AR-15"). Shooters in other massacres used similar guns. Think the San Bernardino holiday gathering, think the Aurora, Colorado movie theater, think Umpqua Community College, think Sandy Hook elementary school. Other mass shooters used high-capacity pistols, such as the Virginia Tech shooter’s Glock 19 whose 15-round clip is standard.

I am familiar with the “They’re coming for our guns” group’s reasons for opposing a ban on assault weapons.

Guns don’t kill people; people kill people. Of course this platitude is true, but people can kill far more people in a shorter amount of time with assault weapons. These guns are designed to cause great destruction as they have done too many times.

Banning assault weapons will not keep them out of a determined person’s hands. Again, this may be true, but should we make it easy for them? Besides, automatic weapons, such as machine guns, are heavily restricted and illegal in many states. The mass shooters have not used them but have instead chosen the legally and easily obtained semi-automatic weapons.

If we let them ban assault weapons, they’ll take away our Second Amendment rights altogether. This is the worst sort of slippery-slope argument, one that ignores obvious distinctions. (I’ll bracket the discussion of whether the clumsily-worded Second Amendment is about private ownership or a “well regulated militia” only, for the Supreme Court has ruled that the amendment guarantees private ownership rights.) Most people, including gun owners, of course, are capable of making distinctions among different sorts of weapons. This alarm assumes that we can see no difference between an AR-15 and a .38 revolver. Here in Florida, as in other states, I cannot own a ballistic knife (one that ejects a detachable, spring-powered blade). That ban has not affected my carrying a pocket knife or wearing a sheath knife.

A bumper sticker on my truck reads “Gun Toting Liberal.” Several times I’ve had people lower their car windows at traffic lights to comment on the apparent oxymoron. I am an enigma to my liberal friends who do not own guns and are in the “Guns kill!” camp. I befuddle my conservative friends who do not own guns but nevertheless side with the “They’re coming for our guns!” bunch. But for my gun-owning friends across the political spectrum, gun ownership is not a partisan issue. Similarly, we have more agreement than not regarding restrictions on what sorts of firearms should be illegal. I hope that these people and others like them, the ordinary gun owners of America, will speak up and be heard over the extremists who have blocked reasonable discussion of legislation concerning assault weapons.

Ron Cooper is the author of "The Gospel of the Twin," two other novels, a philosophy book, and poems, short stories, and essays in a variety of journals. He teaches philosophy at the College of Central Florida.