Ahead of meeting with Clinton, Sanders calls for "fundamental transformation of Democratic Party"

"We need real electoral reform," Sanders said, calling for an end to superdelegates and closed primaries 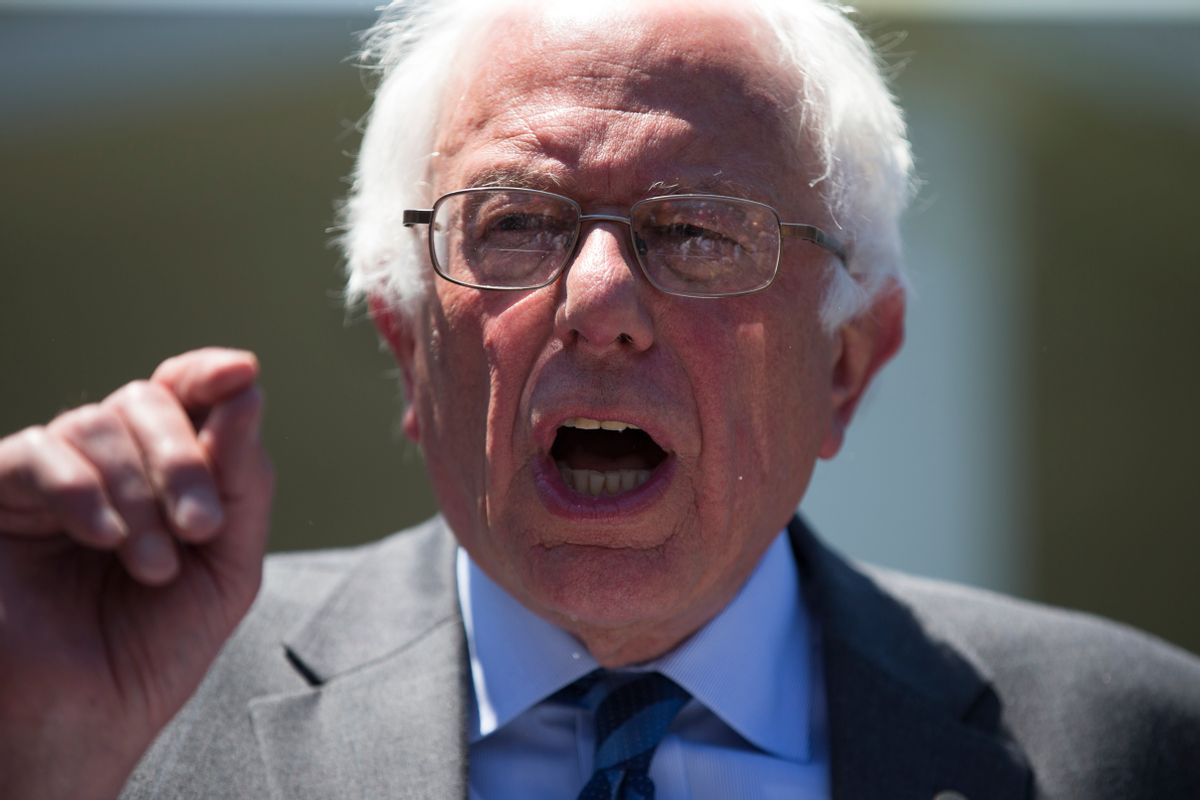 We have finally neared the end of the road. Tonight marks the end of the long Democratic primary season, and before Bernie Sanders meets with presumptive Democratic nominee Hillary Clinton after polls close in the District of Columbia tonight, the Independent Vermont senator publicly committed to another battle -- fundamentally transforming the Democratic Party.

Sanders spent the weekend back at home, huddled with supporters in Vermont and he reportedly plans to address supporters via teleconference on Thursday about how "the political revolution continues." But on Tuesday, the senator traveled to D.C. where he delivered a speech calling for specific electoral reforms in the Democratic presidential primary process.

“I think the time is now, in fact the time is long overdue, for a fundamental transformation of the Democratic Party," Sanders said, after opening remarks forcefully condemning attempts to scapegoat all Muslims for Sunday's mass shooting in an Orlando nightclub.

Speaking in front of the DNC's headquarters after meeting behind closed doors with Senate Democratic colleagues, Sanders listed "just a few of the changes" he'd like to seem implemented -- many familiar complaints from the campaign trail.

Sanders called for new leadership at the DNC (a move that routinely happens with any new administration), open primaries with same-day registration in every state, and the end of the superdelegate system:

WATCH: @BernieSanders: It's time for a "fundamental transformation" of the Democratic Party https://t.co/LXz3qtHg1A

In an interview with Time late last month, Sanders laid out his vision for the Democratic Party in further detail.

"Whether I win or lose," Sanders said ahead of the California primary, "what I want to see is a transformation of the Democratic Party into a grassroots movement.”

Calling his reforms "obvious no-brainers," Sanders again blasted the superdelegate system as "undemocratic" and outlined the top progressive policies he wants incorporated into the party platform at the convention next month:

I think the issues of contention will be the understanding that Secretary Clinton has been wrong in supporting virtually every single one of these trade policies. I think what this campaign has shown is that working people understand that NAFTA and CAFTA and PNTR with China have been disastrous for working families. I think there will be some opposition to my point of view but I have the feeling that we’ll win that debate as well.

Secretary Clinton has come up, as usual, with a very complicated and convoluted approach on higher education. You got to spend half your life filling out forms and checking your income every day. I’m not sure that we will not win fairly easily on the issue of making public colleges and public universities part of what we consider to be public education, making it free. I suspect we’ll win that one as well.

I think the real debate will center around how aggressively we take on the fossil fuel industry. I will push for a tax on carbon. Secretary Clinton now opposes that. I think the crisis on clean water is one of the evolving crises in our country around the world. I think you’ve got to ban fracking.

I think a contentious issue which we have a shot to win is whether or not we break up the large financial institutions and we create a new financial system not based on a handful of giant Wall Street banks. That will be contentious. If I were a betting guy, I’d think we’d win that. But we may not.

I think the polls suggest that among Democrats there is strong support for a Medicare-for-all, single-payer system. And my guess is we’ll probably win that one too. We may not. But I think we’ll win that one as well.

The other issue that will be contentious is tax reform and making sure the wealthy and profitable corporations start paying their fair share of taxes.

"So those are a few of the issues" Sanders said to conclude his lengthy list. "I think we’ll win most of them. I think the Wall Street fight will be a difficult one, it may not be, depending on the wording of tax reform, that will be tough."