How could this be legal? A look at the AR-15 assault rifle, the weapon used in the Orlando masscre 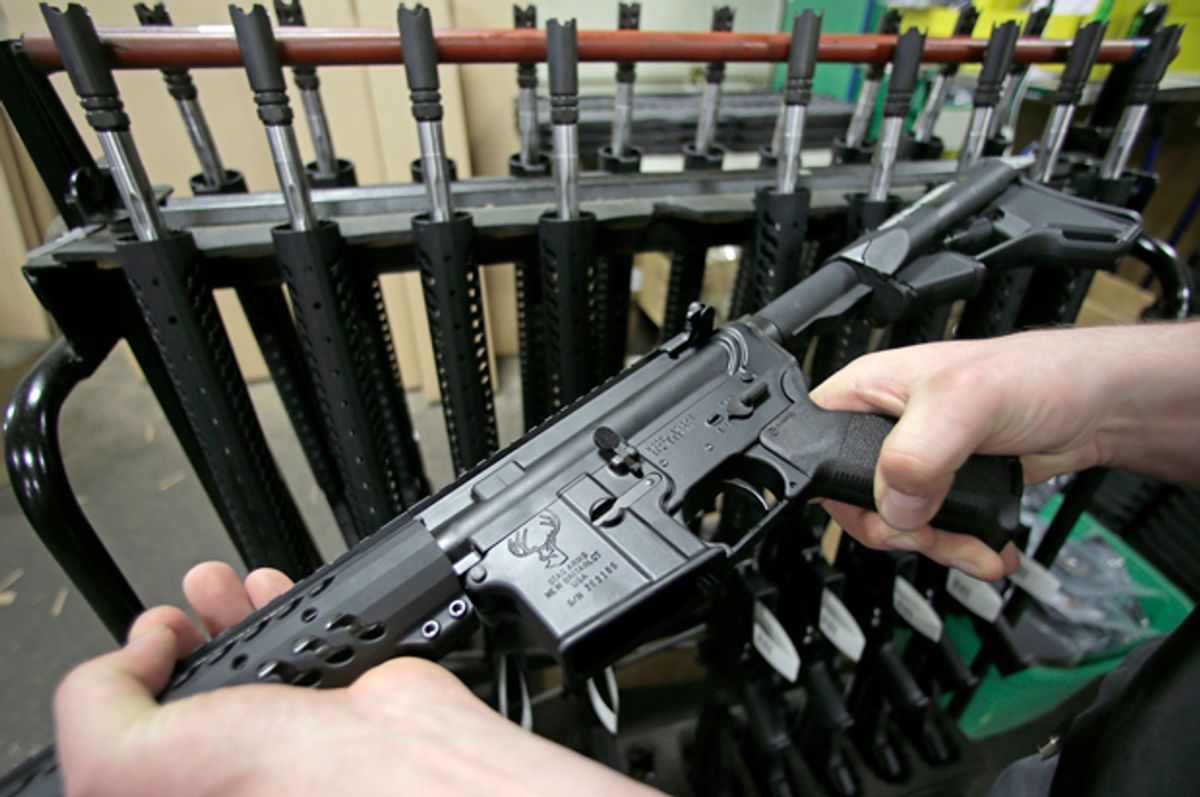 Omar Marteen purchased an AR-15 just a week before carrying out the largest mass shooting in U.S. history on Sunday at a gay nightclub in Orlando, Florida.

With the .223 caliber semi-automatic rifle, Marteen killed 49 people and injured 53, before he was shot and killed by police.

First sold by ArmaLite in the late-'50s, and then later by Colt, the AR-15 (or, as its combat equivalent is known, the M-16) has been the U.S. military's "standard shoulder-fired weapon," according to the New York Times. Since becoming commercially available, "AR-15" is used as a colloquialism for variants from a number of different manufacturers.

AR-15 variants can be purchased online for around $1,000. It is the most popular rifle in America, with 300,000 to 500,000 manufactured each year and an estimated 5 million in existence in the United States alone.

"So while it can’t spray bullets like a machine gun in movies, it does reload quickly, allowing shooters to fire as fast and as often as they can pull the trigger," according to a Quartz report. The AR-15 can fire up to 950 rounds per minutes (that's nearly 16 per second).

"In Florida, would-be gun owners don’t need a license to own or buy a rifle, shotgun or handgun," the report also notes. "You just have to fill out an ID form, and pay $8 for a background check."

The state also requires a three-day waiting period for the delivery of handguns, but not for rifles.

The AR-15 used in Orlando was semi-automatic, meaning it fires one shot per pull of the trigger. Automatic (machine) guns are belt-fed and thus fire at a given rate for as long as the trigger is held.

Here's a .223 caliber AR-15-style assault rifle, the same specs as Mateen's, in action: