The unexpected side effect of Hillary 2016: How she transformed Democrats into "new" Republicans 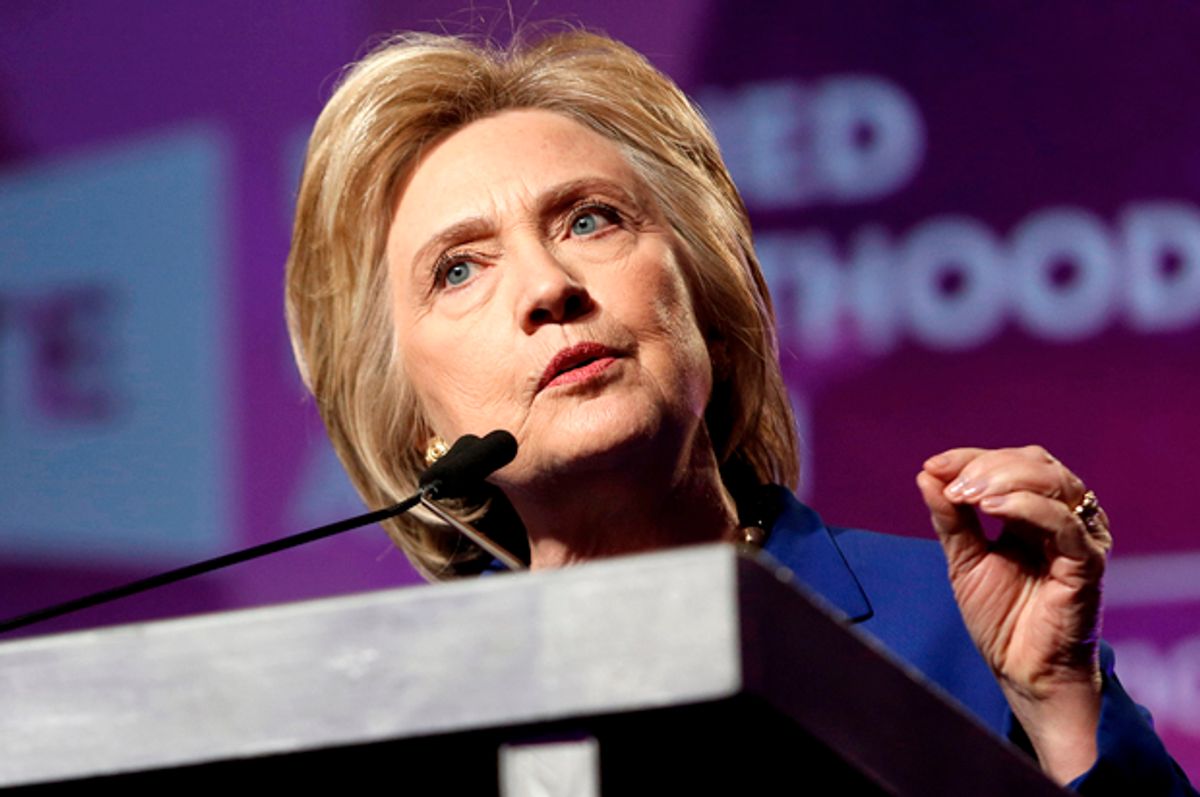 On Oct. 30, 2010, Jon Stewart and Stephen Colbert held a rally on the National Mall in Washington, D.C.

Despite the fact that midterm elections were right around the corner, the main goal of the rally was not openly to affect the vote. Instead, the idea was to use satire and comedy to “restore sanity” to the political dialogue in a nation that had become overwhelmed by fear, irrationality, and prejudice.  Stewart ended the rally with a “moment of sincerity” where he criticized the polarizing press, the panic incited by pundits, and the increasing inability of citizens to find any sort of reasonable compromise.

The idea wasn’t to point fingers; it was to encourage a more respectful and productive dialogue among people who hold differing views.  It was a historic moment when two of the nation’s most important political comedians publicly intervened to improve the course of politics.  There were about 215,000 people at the rally. Two million watched it on Comedy Central live and another half million saw it live via the internet feed.

Today, both comedians have left their Comedy Central posts and many have speculated that if they had continued we wouldn’t be in this mess.

But that’s not the real change that matters. Now the change is over who in this nation is driven by fear and who is ruled by sanity.  When Colbert and Stewart took the stage, they didn’t openly associate reason with Democrats and fear with Republicans.  They didn’t have to.

Ever since the post 9/11 era of George W. Bush the nation had increasingly witnessed a turn in the Republican party from conservative values to hysterical ones.  There were numerous studies that showed that the Republican brain was less open to nuance, critical thinking, and reason. One study showed how Republicans would hold on even more fervently to their beliefs even when presented with bipartisan evidence to the contrary.

One party could process facts. One party considered them a conspiracy.

Now it has to be said that there were always flaws to the system that suggested that the left was reasonable and the right was dogmatic.   There are plenty of reasonable Republicans who have mourned the Tea Party era and the havoc it has played on the GOP.  And there are plenty of lefty moonbats who are a quite kooky in their positions.

But the fact that study after study revealed real differences in brain patterns and decision-making was revealing.  One study by Scientific American asked folks to complete a triad task where they had to indicate which two were more closely connected –panda, banana, monkey.  Liberals connected the abstract category of animal—panda, monkey. Conservatives connected the monkey to the banana since the monkey uses the banana.  The study concluded that liberals had higher cognitive function.

Or at least they used to.

While there seems little doubt that the entire Donald Trump campaign is based on hype, hysteria, and sensationalism; it’s worth noting the very real ways that the Hillary Clinton campaign has also been dominated by binary thinking, irrationality, and panic.

First of all, the number one reason that Bernie Sanders supporters are told they should vote for Hillary is to stop Trump. Nowhere is there an argument about the merits of her platform.  If the primary argument to vote for Hillary is out of fear—then the Democrats have now joined with the GOP in promoting a politics of hysteria.

And for what it’s worth, some voters today think that the lesser evil is still plenty evil.  They’d rather sit it out or vote green.  The Hillary camp simply has no counter-argument for that.

Second of all, there is a real allergic reaction to truth in the Clinton camp.  If Hillary had joined with Bernie and called for investigations into the many, many, many reported cases of election fraud, the political environment on the left would be drastically different.   But rather than deal with the facts, the Hillary camp chose to ignore the rights of voters and describe the calls for fairness as the ravings of lunatics searching for a conspiracy.

And they were joined by the mainstream media who basically refused to take seriously the idea that there were any significant election irregularities at all. We had to leave it the alternative media like Democracy Now and to brave political comedians like Lee Camp to even cover the story.  (Watch one of his clips on election fraud from RedactedTonight here.)

Outside of these alternative, anti-establishment spaces no one seemed to notice that the way that Clinton supporters ignored election fraud was pretty much identical to what happened on the Bush-Gore vote.  Except this time there is a huge difference-- now the fight is within the same party.

But there’s more. Because within the Clinton campaign there is a real issue with “the woman card.” Of course, it is historic that she may well be the Democratic nominee. But that fact has nothing to do with whether or not she is feminist. It just means she is a woman who broke a barrier.

Margaret Thatcher broke that barrier in her nation in 1975 and no one confused that with an advance for feminism.  Having Clinton supporters like Gloria Steinem suggest that women who don’t support Clinton are just looking for sex,suggests that the Clinton camp has some pretty confused ideas about what feminism means.

Then, of course, Madeleine Albright suggested there was a “special place in hell for women who don’t help each other.” I’m pretty sure that wasn’t a reference to Hillary’s questionable record supporting victims of her husband’s sexual harassment.  While feminism is a broad term that can mean many things, for some of us, feminism requires standing up for the victims right in front of you. And that’s not even taking into account her flip-flopping on same-sex marriage rights.

Regardless of whether Hillary should be held to account for her own treatment of women, there seems little doubt that this campaign has constructed a narrow and aggressive view of what it means to advocate for women’s rights.  What may be a historic achievement for a woman in this nation is being overshadowed by a view of “feminism” that basically requires women to support Hillary or be sluts that are going to hell.  And while it is easy to let Trump’s misogyny distract us, we have to recognize that the Clinton version of feminism lacks critical complexity and smacks of dogmatism.

But there’s more. Despite cries of “Bernie bros,” it is the Clinton camp that has adopted tactics of bullying, trolling, and shaming. Led by the efforts of David Brock, a Clinton super PAC launched Correct the Record to spend $1 million “on paid internet trolls to pounce on anyone who dared to criticize their presidential candidate.”   And while there are ardent supporters of each of the candidates, we now have significant evidence that it is Clinton supporters that have been more aggressive and threatening than Sanders supporters.  Trump’s fans win, but that’s no surprise.

We are literally watching the Clinton campaign drain any claim to nuance, critical thinking, reasoned logic, and attention to facts from the Democratic party.

Those who justifiably reject the two-party system won’t find any of this remotely novel as a concept, but I would caution that throwing those who “think” they are on the left under the bus is not a useful exercise here.   There is a real difference in the aggressive, hawkish, illogical tone of the Clinton campaign that differentiates it from those of Democrats in the last decades.

The fact that Clinton is now the favorite of many on the right, with endorsement after endorsement pouring in, should be evidence enough of a real merging of the right and the “left.” What we have more clearly on view is a breakdown between the political elite and the people.

This of course, is why the reasoned tone of Jill Stein and Bernie Sanders is resonating with those of us in this nation who would rather vote to restore sanity than to keep fear alive.  Defending a two-party system that has abdicated any connection to reality simply seems insane.