Trump lackey Chris Christie calls for a military strike in response to Orlando attack: "You've got to get over there and make them pay where they live"

Of course, the New York born gunman lived in Florida when he committed the deadly mass shooting 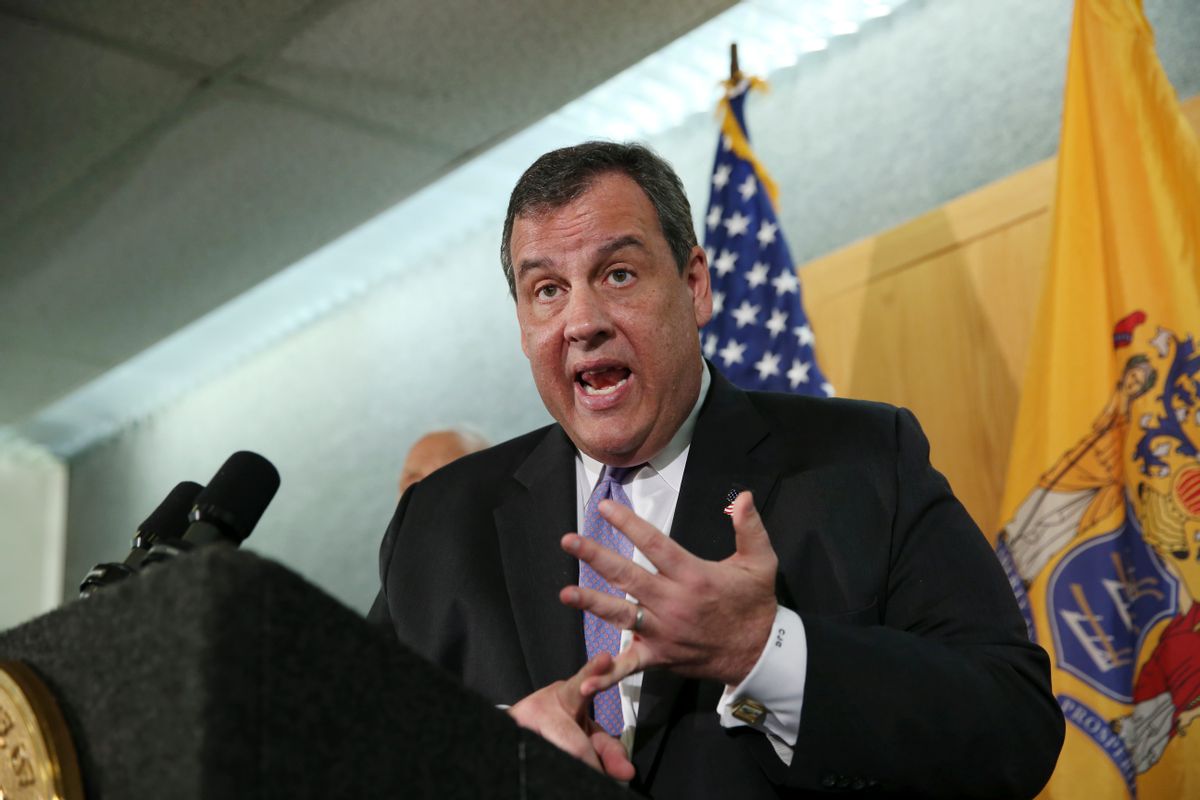 New Jersey Gov. Chris Christie addresses a gathering as he lays out the problems he says Atlantic City is not addressing Wednesday, April 6, 2016, in Atlantic City, N.J. The Republican governor and Democratic Assembly Speaker Vincent Prieto are wrangling about giving the state authority over the city's finances. Prieto objects to legislation approved by the state Senate and backed by Christie, saying it jeopardizes unions' bargaining rights. (AP Photo/Mel Evans) (AP)
--

Chris Christie has made a habit of appearing on sports radio shows to continue avoiding his day job as New Jersey governor now that he isn't being put to much use by the Trump campaign (other than to reportedly fetch the candidate's Big Macs). He recently did a four hour stint on a New York radio station and returned to his new hobby in the wake of the worst mass shooting in recent U.S. history to call for a military strike.

“It is unacceptable to allow this type of stuff in our country and for us to not fight back,” Christie told the "Boomer and Carton" show on WFAN sports radio. “We’ve got to fight back.”

"It is not our fault this hate exists in the world," Christie continued, according to the Bergen Record. "But it is our responsibility, in my opinion, to eradicate this  hate in the world."

“You’ve got to get over there and make them pay where they live,” Christie said, arguing that the nation must show there is a price to pay for killing people based on their sexual orientation.

Of course, despite declarations otherwise by Trump, the Pulse nightclub gunman was, indeed, born in the United States. According to officials, 29-year-old Omar Mateen was born in Queens, New York, and lived in Florida, before killing 49 people in the early morning hours of June 12. Authorities said he had touted support for the Islamic State and other radical groups that are enemies of the U.S. Mateen's ex-wife said he suffered from mental illness, while his Afghan-immigrant father said his son got angry recently about seeing two men kiss.