Bernie's end game: How Sanders will benefit the Democratic Party by (technically) staying in the race

Sanders is no longer campaigning, his mission now is to change the party for the better 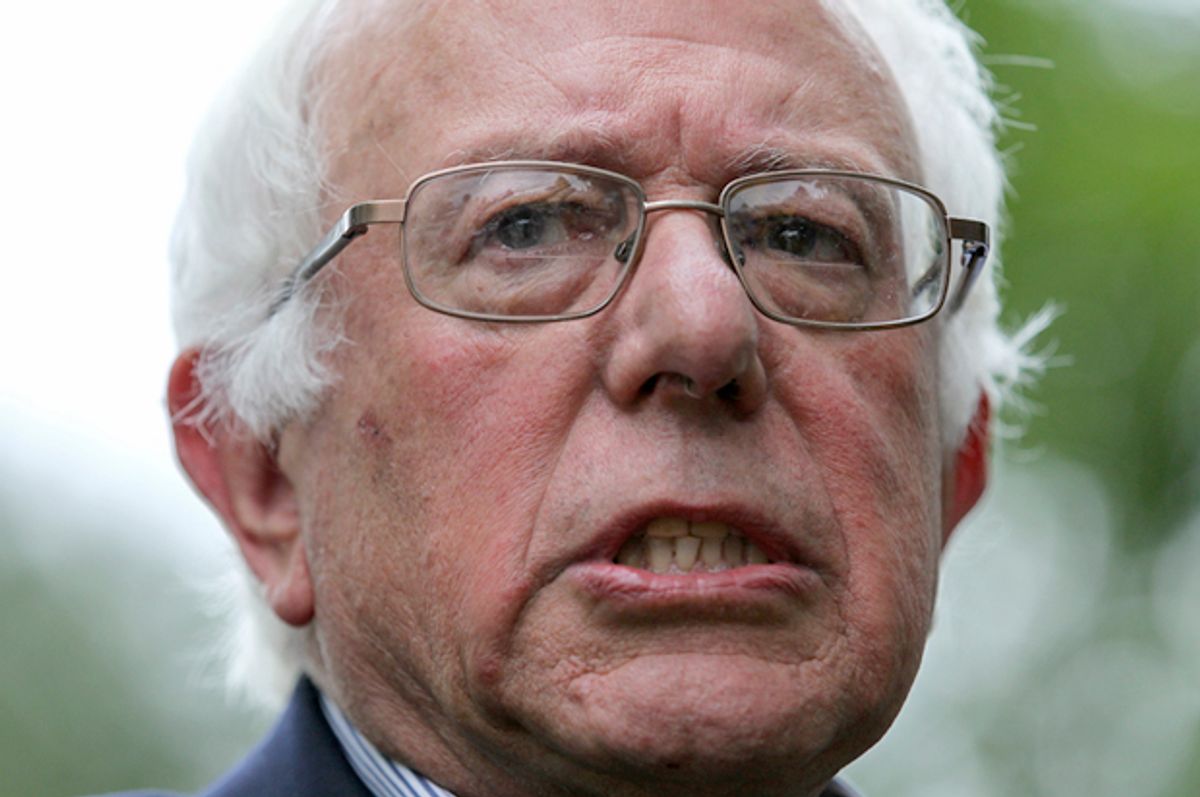 “Let me make it very clear, if I haven't 10,000 times previously, that Donald Trump is unfit to be president of the United States.” - Bernie Sanders

Bernie Sanders is still officially a Democratic candidate for president, but it's clear to anyone paying attention that he isn't running for that position anymore. There was a lot posturing from Sanders in the final weeks of the campaign. Some of his tactics were questionable. A few of his statements were misleading. But much of that was attributable to the demands of campaigning.

Sanders pretended he had a path to victory long after he knew he didn't because that's how you rally voters. His objective, stated weeks ago, was to secure as many delegates as possible in order to leverage his influence at the convention. To that end, he campaigned aggressively through the California primary on June 7.

But the race is over now, as are the primary contests.

Sanders' campaign, such as it is, has dropped any pretensions of staging a coup or convincing superdelegates to abandon Clinton. As Politico's Gabriel Debenedetti noted, "His team is stepping up its behind-the-scenes conversations with Hillary Clinton’s camp. He hasn’t sent a fundraising email for his own campaign in six days. He’s also not holding a rally tonight, making it the first Tuesday with voting that he hasn’t held one this year." He's moved on to the next phase of the campaign, in other words.

On Tuesday evening, Sanders met privately with Clinton in Washington, presumably to start the process of unifying. Both camps described the meeting as “positive.” A few hours earlier, however, Sanders delivered remarks outside his Capitol Hill office. He laid out his intentions about as clearly as he could:

“The time is long overdue for a fundamental transformation of the Democratic Party...Now what do we have to do? How do we revitalize the Democratic Party? How do we make it easy for people to participate politically, rather than have one of the lowest turnouts of any major country on earth. Number one, I believe we have to replace the current DNC leadership. We need a person at the leadership of the DNC who is vigorously supporting and working to bring people into the political process. Yeah, I know political parties need money. But it is more important that we have energy.”

There will be Democrats who object to Sanders' approach. He lost and should step aside, they'll say. I understand that line of thought, but I disagree. That Sanders pushed Clinton to the brink is a transparent signal that the base wants fundamental changes. Clinton won fair and square, and as such she ought to set the agenda. But Bernie's populist platform is the future of the party. The term “revolution” isn't quite right, but he's certainly built a movement. And the success of that movement should not be overlooked by the Democratic establishment.

Sanders will begin speaking out more forcefully against Trump, as the quote above suggests. Eventually, he'll fully endorse Clinton. But if he transitions slowly in order to apply more pressure on the DNC, Clinton supporters needn't panic. Sanders is trying to change the party for the better, and that's a good thing.