Led Zeppelin on trial: The case of "Stairway to Heaven" is off to a shaky start

The trial will be an important one if it ever resolves — but so far, it does not inspire confidence 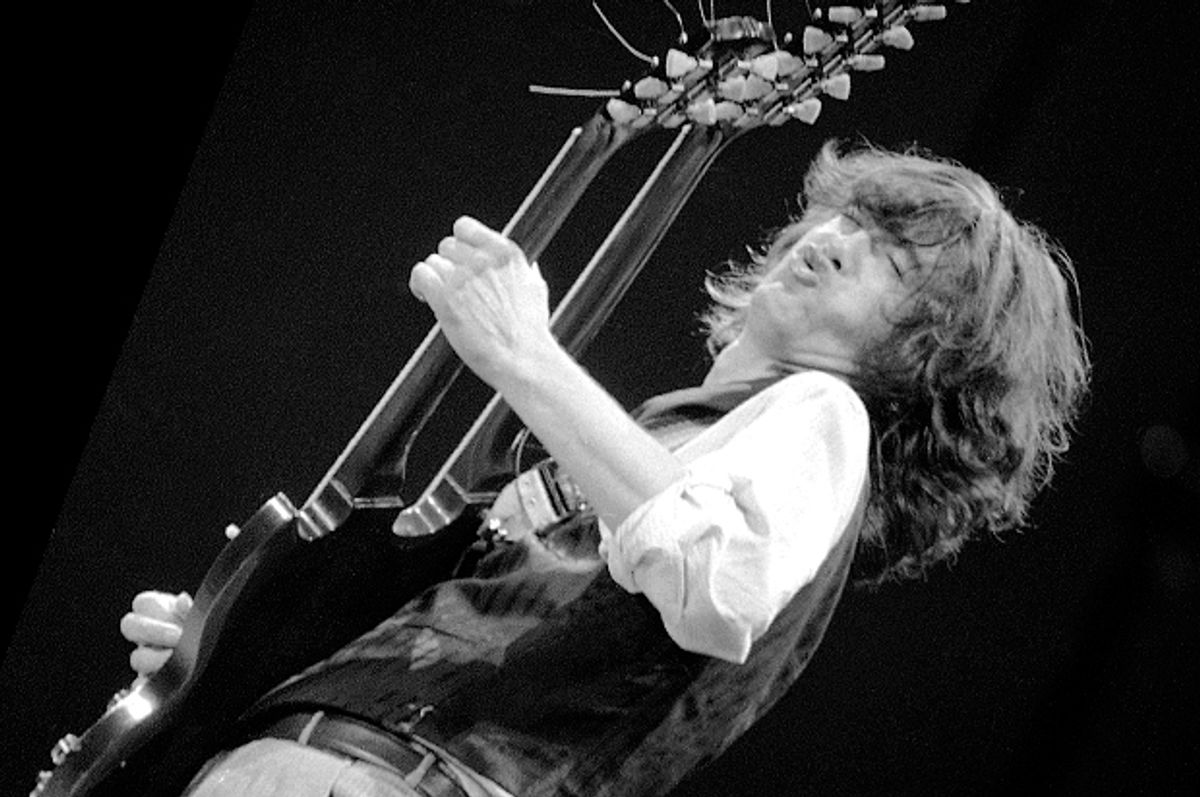 This week, the plagiarism trial over Led Zeppelin’s “Stairway to Heaven” is taking place in a Los Angeles court. The 1971 song is perhaps the most overplayed on the AOR set list, and this case is likely to have a similarly disproportionate effect on the future of songwriting and pop music. With the suit over Robin Thicke’s “Blurred Lines” decided in a way that privileged earlier music over borrowing for new work, the issue is at a knife-edge right now.

The "Stairway" suit turns on whether Zeppelin took the famous finger-picked line from a Spirit song, “Taurus,” which came out four years earlier.

The trial has already hit two strange bumps in the road, though. First, Judge Gary Klausner has forbidden any testimony about Zeppelin’s history of plagiarizing other songs. He is likely on solid legal ground here, but in broader terms, it makes no sense: This is a band that’s notorious for taking songs from blues musicians — “Whole Lotta Love” and “Babe I’m Gonna Leave You” among them — and when it comes to assessing what happened with “Stairway,” the issue is entirely relevant.

Second, the case may be headed to mistrial because of a video played by the plaintiff’s lawyer, Francis Alexander Malofiy, who has argued that Zeppelin knew Spirit and its music well. “Malofiy attempted to play video of a session musician’s performances of ‘Taurus’ and ‘Stairway,’” Rolling Stone reports, “but Anderson said that they hadn’t been included in the case's exhibit list. ‘If it's not been received in the evidence, it's the basis of a mistrial,’ Judge Klausner noted.”

So how close are “Stairway to Heaven” and “Taurus”? The melody line is remarkably similar, but Spirit didn’t exactly invent it: It’s a descending chromatic line, and it goes back at least as far as a 16th century sonata.

It’s worth noting – as the plaintiffs pointed out -- that Zeppelin toured with Spirit in the late ‘60s and likely heard “Taurus” in those years.

It’s hard to imagine anyone who was a teenager in the ‘70s or ’80 who is not already tired of “Stairway to Heaven”: It’s not only overplayed, but bombastic, too. (The song has made close to $600 million in royalties and record sales over the years.) Compared to Zeppelin’s best songs, it’s clumsy and too long. So it’s tempting to tune out of the case, the same way many of us would change the radio dial if the song came on.

But depending on how the case is decided, it could prove dangerous for the role of borrowing, or fair use, in music. Judge Klausner has already tipped his hand, saying that despite the fact that the melody was used before Spirit, “the similarities here transcend this core structure.” Given what Rolling Stone described as his “lack of pop-culture savvy” – he referred to the British band as “the Led Zeppelin” – he seems like a strange choice to preside over a case of this level of seriousness.

And given the fact that jury members have been removed from the case for liking the band too much, it makes you wonder if using the U.S. court system to determine the fate of popular music is really a great idea. In the words of Rolling Stone’s Matt Diehl: “The jury selection, meanwhile, seems to break down by age and hair profiling: the dude with the shoulder length Prince Valiant bowl, surfer tan and Hawaiian shirt was a for sure no-go, as was the special effects expert who proclaimed without prompting from the jury box, ‘I'm very much a fan — my love for these guys [gesturing to Page and Plant] is very strong.’”

Who’s left on the jury, then, after people who actually seem to care about rock music, are yanked? Given the way the case of “Stairway to Heaven” has gone so far, a mistrial may be the best outcome.