“In New York, we protect our own and we don't give a fuck what anyone looks like” one defender reportedly said 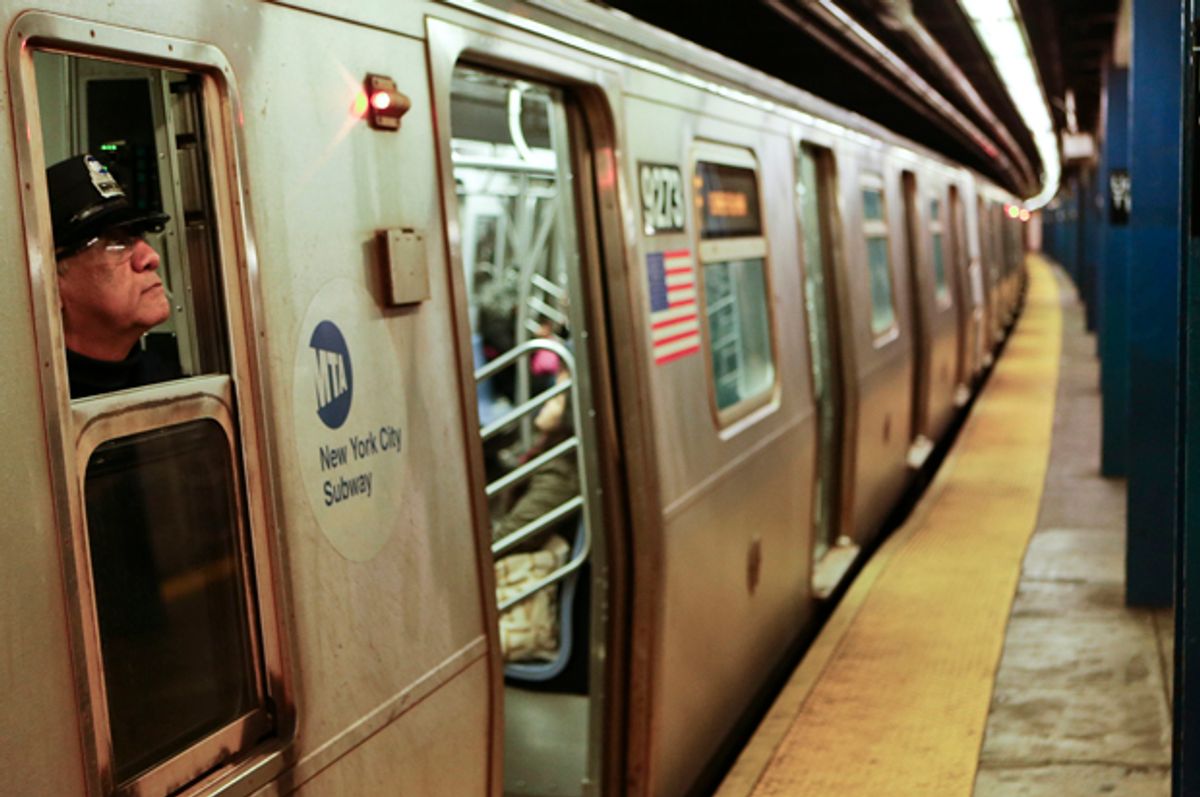 An “unidentified white man” on the Manhattan-bound F train Monday was harassing two women wearing hijabs when a “diverse group of passengers” interjected.

“The man insisted that the two women go back home and take their bombs with them,” recalled one of the harassed Muslim women, Amaira Hasan, in a Facebook post.

Hasan told NY Daily News that the harasser also yelled "Donald Trump is right" and "railed against the welfare system and undocumented immigrants."

Among the diverse group who came to Hasan’s defense, she said, was “A black man, a Romanian, a gay man, a bunch of Asians, and a score of others.”

“This is New York City,” One defender reportedly said. “The most diverse place in the world. And in New York, we protect our own and we don't give a fuck what anyone looks like or who they love, or any of those things. It's time for you to leave these women alone.”

And, with that, the man was subdued a bit and “This royal douche got off the train to the sound of cheering.”