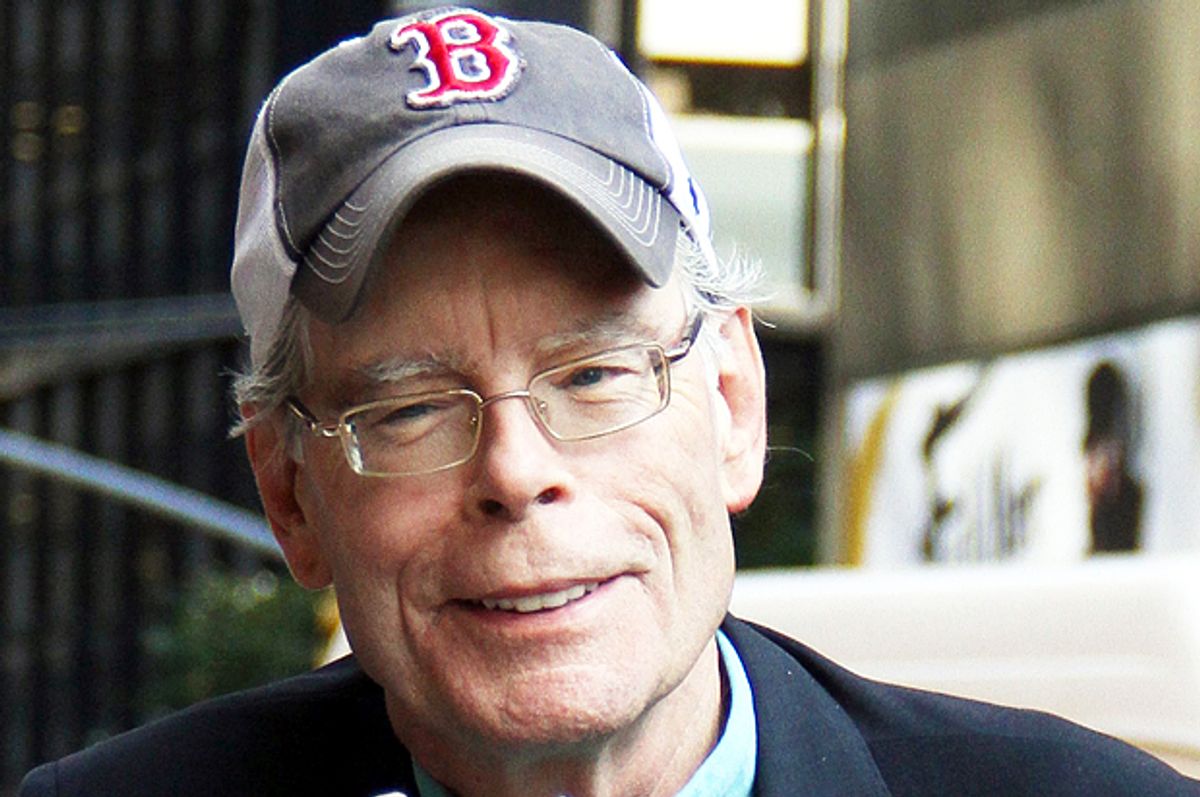 Stephen King is a gun owner, but the author is also an advocate of reforming America's firearm laws. King, famous for his often violent and macabre fiction, has long been vocal in his belief that stronger gun control would help to prevent the real-life horror of mass shootings.

In the wake of last weekend's shooting in Orlando, King took to Twitter speak out on the tragedy and recommend his essay addressing gun violence.

"Guns" was released in January 2013, a little over a month after the shooting at Sandy Hook Elementary School left 20 schoolchildren dead. At the time of its publication, King said that he wrote the piece to "provoke constructive debate."

In the essay, King recounts his decision to pull his 1977 novella "Rage" from publication after the book's fictional account of a classroom gunman was linked with four real-life school shootings and hostage situations. King writes that the perpetrators were "unhappy boys with deep psychological problems," noting that each had easy access to guns.

"My book did not break (them) or turn them into killers," King writes. "They found something in my book that spoke to them because they were already broken. Yet I did see 'Rage' as a possible accelerant which is why I pulled it from sale. You don't leave a can of gasoline where a boy with firebug tendencies can lay hands on it."

"I didn't pull 'Rage' from publication because the law demanded it," he explains. "I pulled it because in my judgment it might be hurting people, and that made it the responsible thing to do. Assault weapons will remain readily available to crazy people until the powerful pro-gun forces in this country decide to do a similar turnaround. They must accept responsibility, recognizing that responsibility is not the same as culpability."

King (who owns three handguns, "with a clear conscience") writes: "Even if I were politically and philosophically open to repealing the Second Amendment (I'm not), I don't believe that repeal, or even modification, would solve the problem of gun violence in America, particularly violence of the sort that's at the root of the problem."

King has often used Twitter as a platform to advocate for gun reform in the wake of mass shootings. After a gunman killed nine people at a historic black church in Charleston, S.C. in June 2015, King delivered a message of frustration:

After the San Bernardino, Cal. terrorist shooting in December 2015, King again called for lawmakers and citizens to take action: