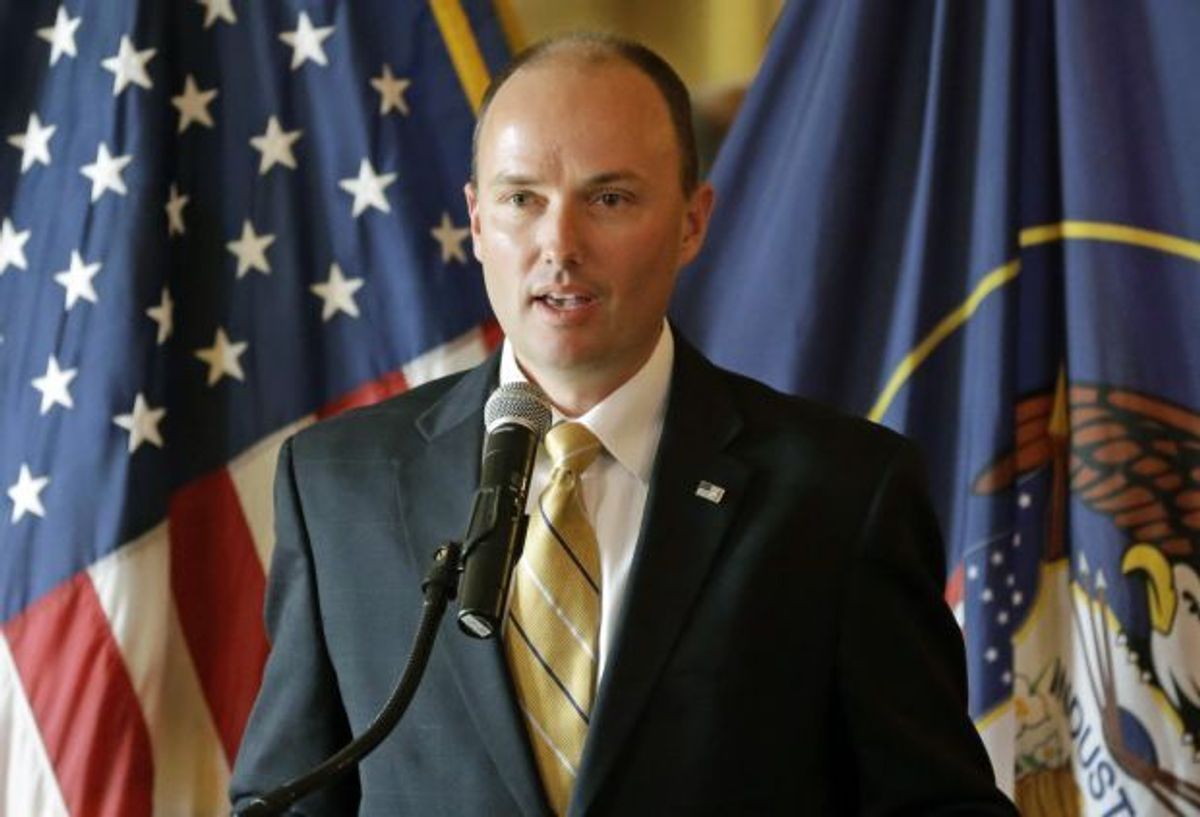 While there doesn't seem to be any evidence that the attack in Orlando has done much to boost the presumptive Republican presidential nominee's standing in the polls, the deadliest mass shooting in the United States has managed to move at least some elected Republican officials (and even a Fox News anchor).

Utah's Republican Lieutenant Governor Spencer Cox delivered a moving speech to a vigil in honor of the 49 people gunned down in a gay Orlando nightclub earlier this week, apologizing for his past attitude and political stance against the LGBTQ community.

"First, I recognize fully that I am a balding, youngish, middle-aged straight, white, male, Republican, politician," Cox began to lighten the mood at the somber event in Salt Lake City, Utah, Monday night.

"I am probably not who you expected to hear from today," he acknowledged, before  explain that the tragedy in Orlando compelled him to speak out.

Cox, who is Mormon, then apologized to the crowd gathered in Utah, to the LGBTQ people he has hurt in the past, and the LGBTQ community at-large:

I grew up in a small town and went to a small rural high school. There were some kids in my class that were different. Sometimes I wasn’t kind to them. I didn’t know it at the time, but I know now that they were gay. I will forever regret not treating them with the kindness, dignity and respect — the love — that they deserved. For that, I sincerely and humbly apologize.

"You have been patient with me," Cox said, directly addressing the LGBTQ community. "You helped me learn the right letters of the alphabet in the right order even though you keep adding new ones," Cox, an outspoken supporter of Utah’s 2015 law prohibiting housing and employment discrimination against LGBTQ people, said. "You have been kind to me."

Watch the moving speech below: