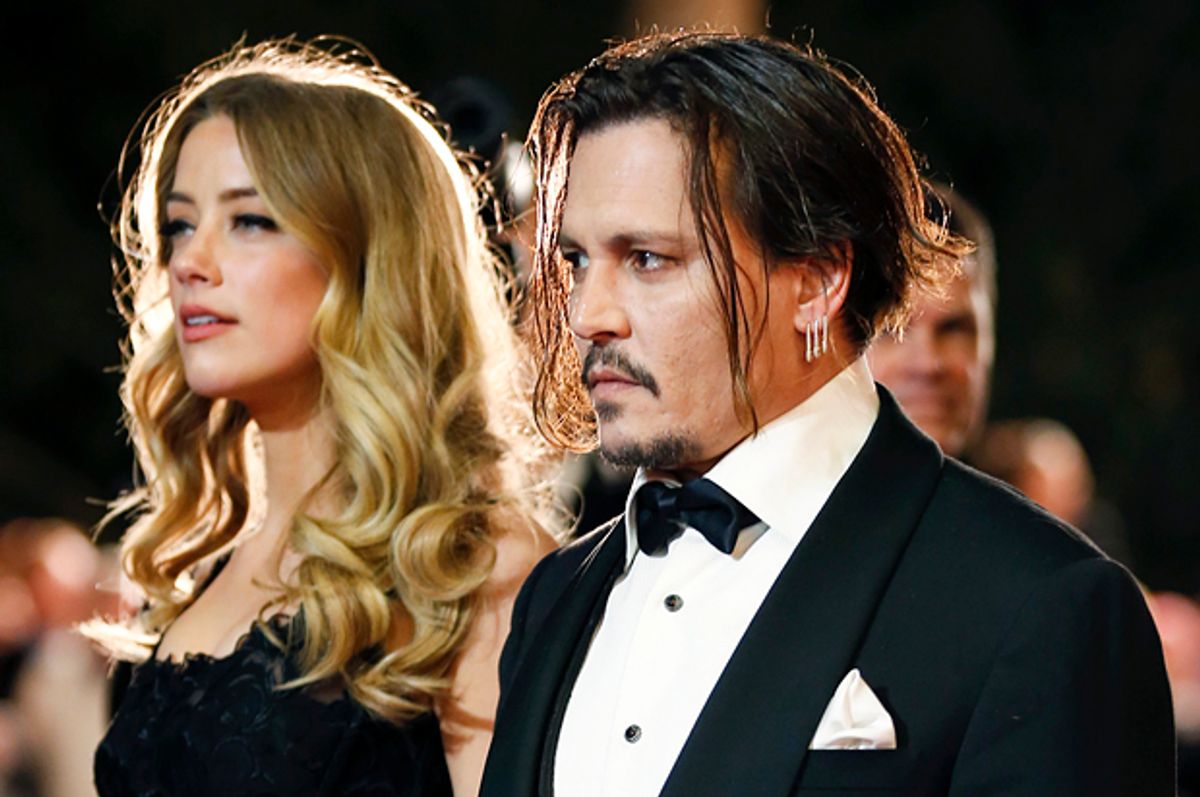 Amber Heard and Johnny Depp were set to appear in court today over a restraining order hearing against Depp. Heard filed for divorce from the movie star three weeks ago following claims of both physical and verbal abuse. The hearing, scheduled for today, was postponed by a judge yesterday, E! News reports.

Heard rescinded a request for temporary spousal support earlier this week, saying it’s been “used against me to distract and divert the public away from the very serious, real issue of domestic violence.”

Like many other instances of divorce — celebrity and otherwise — the case is being framed in terms of a gold-digging woman seeking financial gain from a man. But the economy of marriage has shifted in such a way that the trope of a woman being financially dependent is no longer true in many relationships, and it’s time we rewrite the narrative to adapt to contemporary culture.

According to the most recent Singles in America survey, some of the most desirable traits in a partner are self-sufficiency and financial independence. Unlike previous generations in which marriages served as a platform to achieve higher status and economic gain for women, today’s landscape is remarkably different. For women such as Heard, who has achieved a successful career and made a name for herself other than “Johnny Depp’s new young wife,” status is gained outside the bonds of matrimony.

In fact, men gain more from marriage these days than women. A 2010 Pew report found that economic gains have been greater for men than women in recent decades. As we learn more and more that many marriages aren’t about financial gain, it’s paramount to understand the changing role finances now play in marriages ending, especially when intimate partner violence is involved. Because of the shifting economy of marriage, more women are able to get out of abusive relationships because of their financial independence.

In 2014, the World Health Organization reported an estimated 35 percent of women have been subjected to either intimate partner violence or sexual violence from a non-partner in their lifetime. The U.S. Centers for Disease Control and Prevention conducted a survey and discovered some alarming statistics:

It’s important for women to know they have the option to get out, and further studies are suggesting women feel empowered to do so. A 2013 study used the social exchange theory to assert that because women are more highly educated and financially independent today than any other period in history, they have more opportunities outside of marriage for growth. Therefore, more women stand a greater chance to have the resources to divorce in cases of abuse without having to fear social repercussions.

That's not to say every woman has the resources to leave an abusive home. Financial abuse can also be used by a partner to isolate, gain power and control. Low-income women are often trapped in an abusive relationships because they lack the financial independence and stability to leave, with minimum wage and part-time jobs that often don't offer benefits like paid time off and employee assistance programs that can be necessary to leaving and healing. Domestic violence is a main cause of homelessness for women and children facing economic realities far from Heard's.

But even for a woman with Heard's resources, it's still a brave step to confront an alleged abuser and demand justice. By rescinding the request for spousal support, the issue is now centered on her report of domestic abuse, a topic that largely remains taboo. Research suggests despite the prevalence of intimate partner violence, women are becoming increasingly empowered to stand up for themselves by leaving abusive relationships. Maybe sometimes we have to let go of the believed Hollywood ending and replace it with a story of survival.