When you steal that brazenly and stupidly, best just to "take your money and hide it in Panama," he said 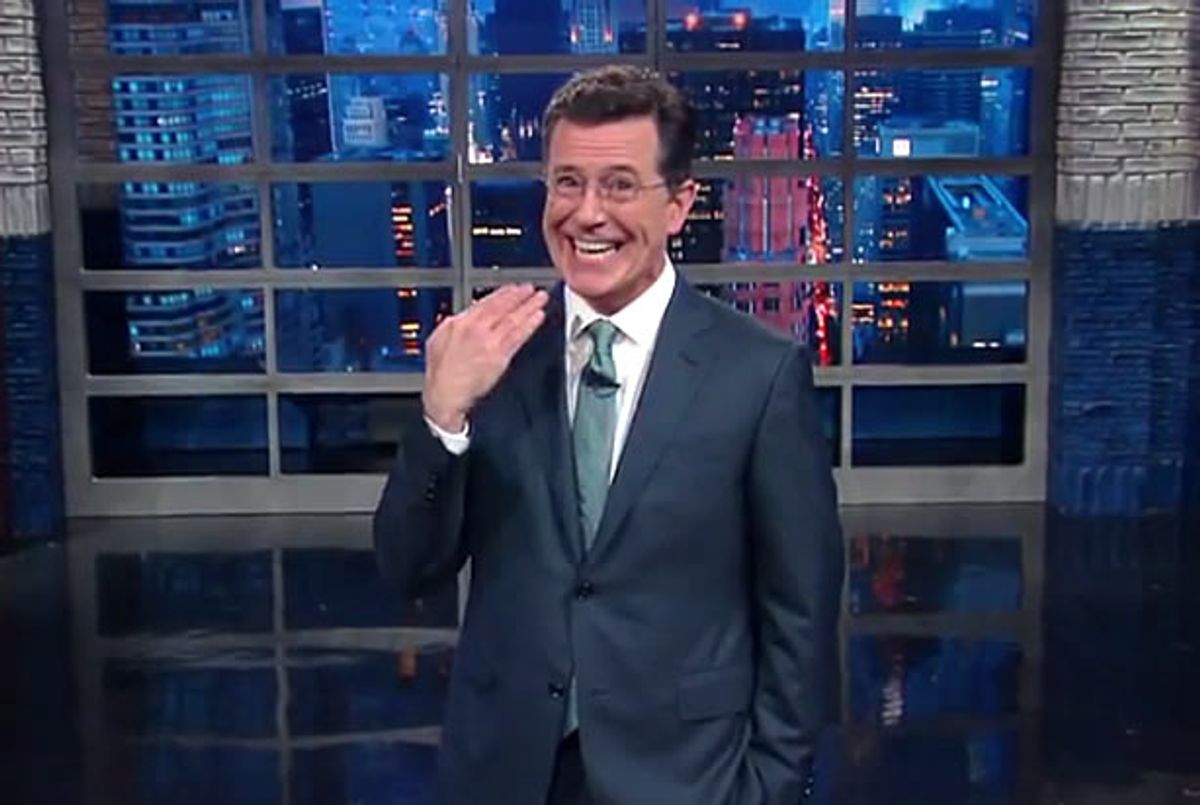 On The Late Show Thursday, host Stephen Colbert discussed the latest developments in in the Led Zeppelin "Stairway to Heaven" case, even playing a sample of both the classic ballad and the song the band is accused of plagiarizing.

"The lawsuit has been dragging on for nearly two years, almost enough time to listen to 'Stairway to Heaven,'" he began. "I've listened to both songs" -- the other being "Taurus" by the band Spirit -- "and I'm not sure Zep ripped them off, but I've got to say 'it makes me wonder.'"

After playing the introductions to both songs, Colbert concluded rather definitively, saying "they're screwed."

"Guys, take your money and hide it in Panama."

Watch the entire clip below via CBS.