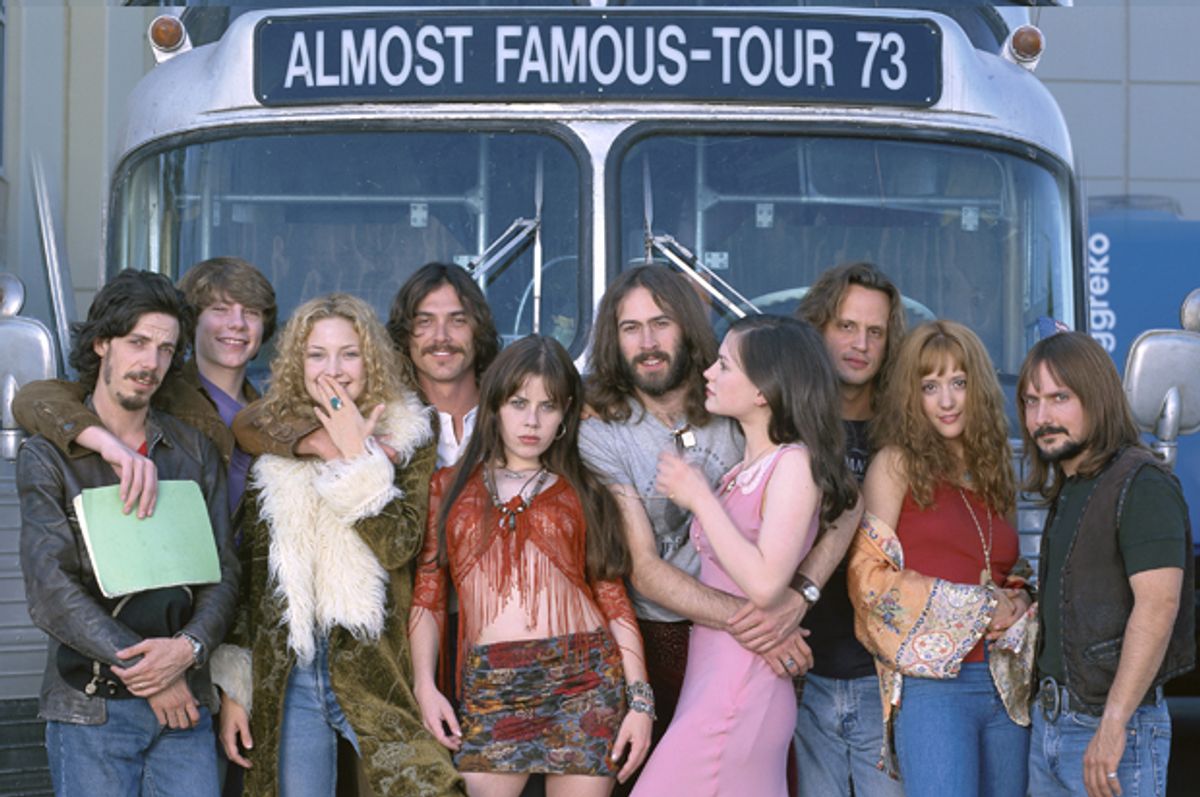 The music-plagiarism trial over Led Zeppelin’s “Stairway to Heaven,” taking place this week in a Los Angeles court, could have dead-serious implications for how popular music is made and performed in the future. Depending on how you see the similarities between the song and an instrumental called “Taurus” from the band Spirit, the decision could either endorse the stealing of songs or chill musical expression.

But the case is also, so far, something lighter: A Cameron Crowe movie waiting to happen. There are a number of elements that make it perfect as a sequel to the groupie-chronicle “Almost Famous.” Here are a few of the elements.

The case revolves around the king of all classic rock songs – one that’s now 45 years old – that involves two legends, Jimmy Page and Robert Plant, taking the stand. In reality, it’s a bit strange that it’s taken so long for the suit to end up in court, but it gives the whole thing a great “Big Chill” quality. The visual possibilities of pony tails, ill-fitting bell bottoms, and flashbacks from 2016 to 1971 could be pure movie gold.

The case is brought by a representative of Spirit’s late songwriter Randy California, Michael Skidmore. The screenplay could imagine Skidmore – who is apparently a former music journalist – as a rock-loving die-hard who is not pursuing the case for the sake of money but as the world’s last hardcore Spirit fan, fighting for justice and for the legacy of a departed friend. And since he runs a trust that buys musical instruments for needy children – and it sounds like proceeds of the case will be sent there — he can be made out as the good guy in the trial for at least part of the film.

There’s at least some evidence that there’s a real heart to the case: Buried amid all the legalese in the original complaint (filed last year in Pennsylvania) is a charge of copyright infringement – which has a legal definition -- and “falsification of rock n’ roll history,” which doesn’t. But it could make a great line in a movie. In fact, it could be the key line in a stirring "Jerry Maguire"-esque inspirational speech, or, with the right kind of enunciation, even a “Show me the money”-style catch phrase.

Here’s a great visual: The original plaintiff's complaint is printed using the dramatic font that Zeppelin used for some of its albums. (This may be the Kashmir font, used on “Houses of the Holy.”)

The plaintiff’s lawyer, Francis Malofiy, needs to be cast very carefully: He’s been compared to both Jack Nicholson and Sean Penn, and has been on trial himself for smashing a beer bottle in the face of another patron of a Philadelphia bar. He’s also been called “abusive” by a judge. This comes from Matt Diehl’s reporting in Rolling Stone:

Entering the court with a briefcase made to resemble a Fender tweed-covered amp, Malofiy has the cover of Houses of the Holy ostentatiously glowing from his laptop and cracks his knuckles all through the day's primary concern: jury selection. He's a stark contrast to the patrician countenance of Zeppelin lawyer Peter Anderson and the seemingly bespoke suiting of his legal team. Indeed, as Malofiy fidgets, Page and Plant exude an almost zen calm, staring straight ahead without chatting or visibly reacting through the process; only towards the end before the lunch break does Page allow a wry smile to crack the facade.

Does the screenwriter contrast Malofiy’s toughness with a spirit of peace and love? The hippie origins of Spirit will this a great opportunity to explore the legacy of the ‘60s. “The song has an ethereal, district plucked guitar line and melody,” the complaint reads “Randy wrote the song as a tribute to his bandmates who he loved and cared for deeply—some of them sharing the astrological Taurus sign. “

How to put it all together? Maybe Patrick Fugit’s music-journalist character — Crowe's own stand-in, of course — from “Almost Famous” grows into a disappointed old guy who's lost his love of rock ‘n’ roll and wonders what it was all for now, in the era of downloading and failing magazines. He covers the case for The New York Times, and, inspired by the passion of a character like Mick Skidmore, the true-blue fan who never stopped fighting for the history of rock 'n roll to be told right, realizes that music means everything to him it always has.

If the movie is successful -- we could call it “Taurus,” sort of like David Fincher’s “Zodiac” – could there be another about the lawsuit over font plagiarism?

Given how starved for ideas movie studios seems these days, in an era of endless reboots and pointless sequels, the case over “Stairway to Heaven” could be the best thing to happen to Hollywood all year.