"We are not a threat to you": A video diary of people living with HIV 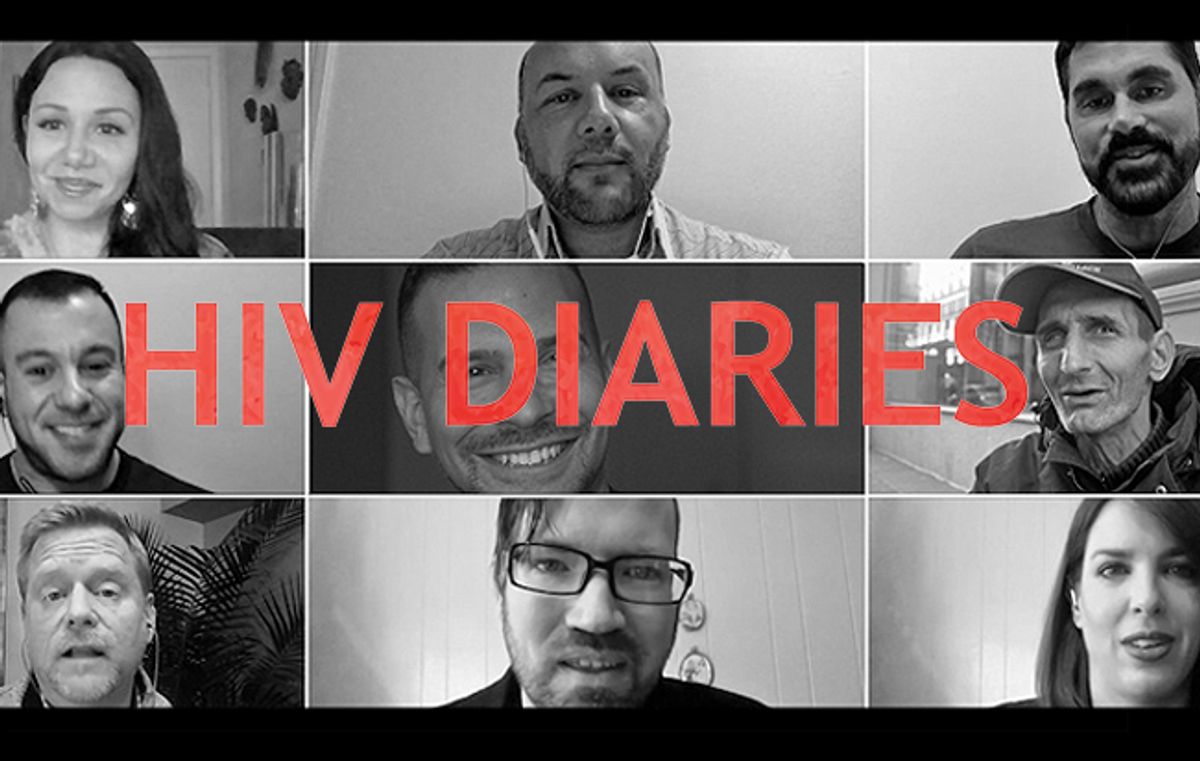 It is somewhat common knowledge in the United States today that contracting HIV is no longer a death sentence and that people can live healthy, active and long lives with the virus.

Still, negative stigmas and misinformation remain and many HIV positive people feel that while treatments and science around the virus have advanced in leaps and bounds over the last twenty years — attitudes about HIV remain stuck in the past.

"Most people in terms of the general public have an understanding of HIV from 20 years ago," said Alex Garner who tested positive in 1996.

Today more than 1.2 million people are living in the United States with HIV and even though the majority of the population knows that using protection during sexual contact can help stop the spread of the virus there are still about 50,000 people that get infected with HIV each year, according to the Center for Disease Control. Only 39.5 percent of American adults age 18 and older have received an HIV test at some point in their lives.

"That is still the greatest tool that we have," he added. "Is for people to know their status and to continually know it if you’re negative, to continually get tested."

Salon interviewed nine people from all walks of life who are living with or affected by HIV. One man contracted the disease when he was in sixth grade through contaminated blood products used to treat his hemophilia, another was told he had three years to live but has been living with the virus for three decades, and one woman kept her status quiet for ten years before becoming an active voice in the movement to stop the spread of HIV and AIDS.

For all of them, the act of speaking out about their status was a necessary step in living an authentic life with HIV.

"Until, as a population, we can stand up united and say out-loud 'we are HIV+' we're not going to shift the conversation," Richard Cordova, who credits the virus with turning his life around, has run eight marathons, participated in the California AIDS Ride, and completed the Chicago AIDS ride three times (a two-day, 200 mile cycling event). "So you're not going to sit there and tell me that this is the end of your life," Cordova added, "because you know what, the same disease that's in your body is in mine."