Danke Schoen! "Ferris Bueller's Day Off" is finally getting an official film soundtrack

After 30 years, John Hughes's teen classic is finally getting a much-deserved musical release later this year 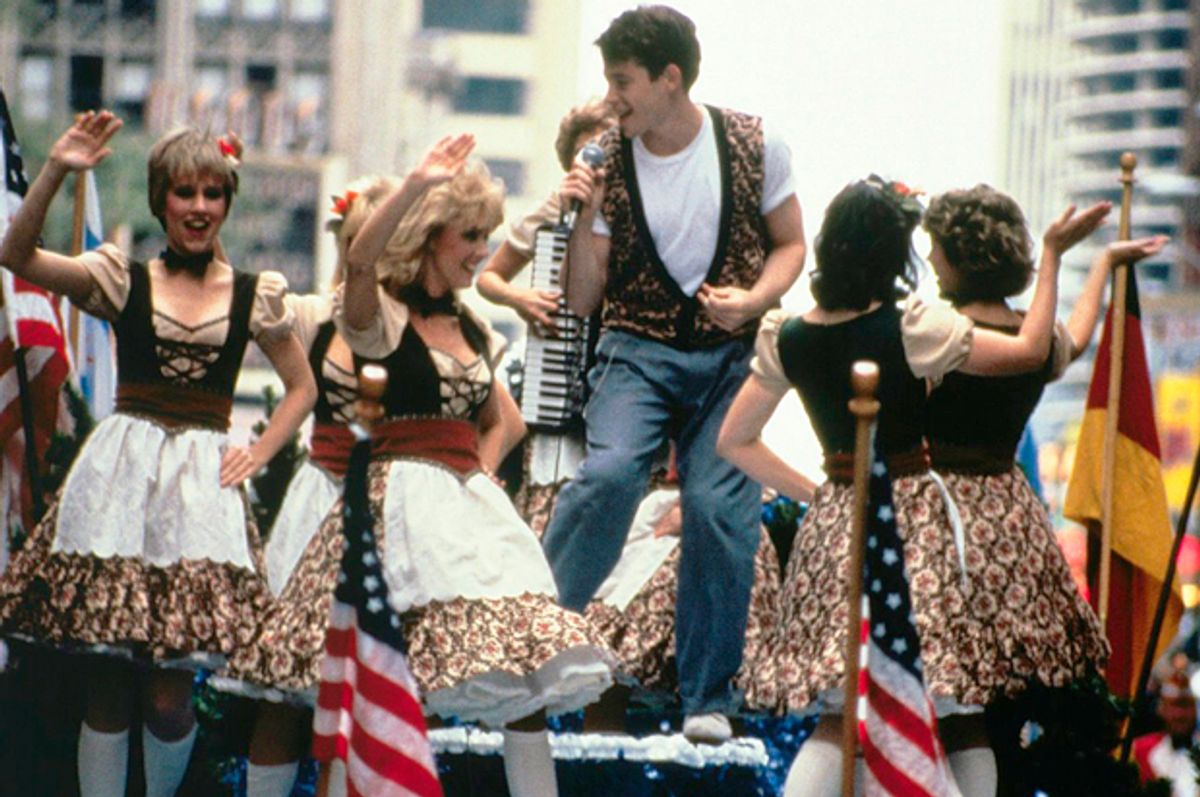 Salon noted earlier this month that the film, starring Matthew Broderick, was oddly released without a soundtrack "in the middle years of a decade dominated by movie soundtracks."

"'The Breakfast Club' soundtrack," wrote Kevin Smokler, "released the year before, had peaked at No. 17, with its theme song 'Don't You Forget About Me' by Simple Minds hitting No. 1."

Tim Greiving, an arts journalist who specializes in film music, told Salon that La-La Land Records, which specializes in movie soundtracks and scores, struck a deal with Paramount Pictures to release an authorized "Ferris Bueller" soundtrack, with songs and score, later this year. The track list is not yet finalized.

Greiving said Hughes's son James, the film's music supervisor Tarquin Gotch, composer Ira Newborn, and editor Paul Hirsch were all interviewed for the liner notes, which Greiving has been commissioned to write.

A release date is yet to be determined, but it could happen as early as September.