Amidst an urgent conversation about gun control and gun culture, this movie's graphic promotion feels tone-deaf 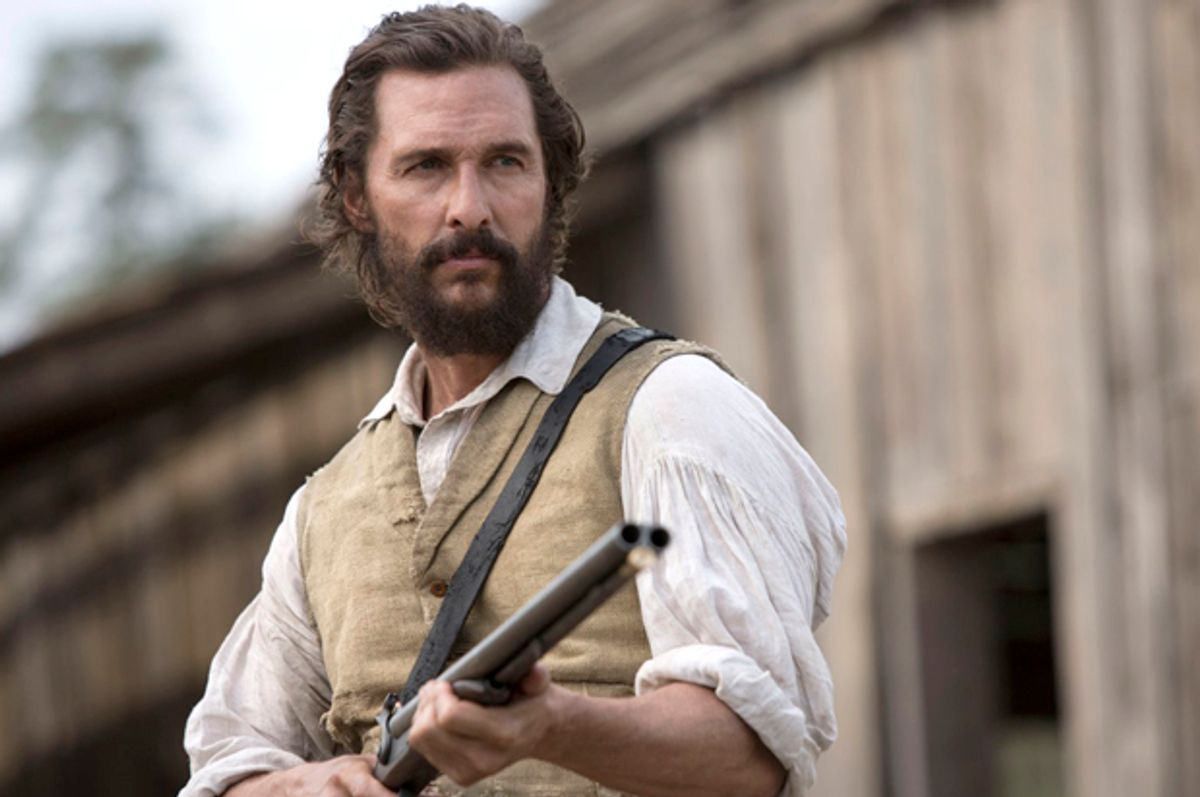 Fans of history, the Civil War, and serious acting have a lot of reason to look forward to “Free State of Jones,” a film due this month that tells the story of a Mississippi farmer who leads an armed rebellion against the Confederacy. Directed by Gary Ross ("The Hunger Games"), the film is based on the life of Newton Knight, a Confederate soldier who argued that the war was about making poor people fight to keep the slaveholder class rich; he enlisted local farmers and slaves to resist the Confederate army, leading to numerous violent clashes and, later, the declaration of a free integrated community in Jones County, Miss.

It sounds fascinating even before you know that Knight is played by a grizzly bearded Matthew McConaughey, who makes stirring speeches about how “every man’s a man,” designed to inspire his troops.

The problem, or at least the dissonant element, with the trailers released on the movie is that there is gun violence in almost every scene. And the guns are presented as justice-bringing saviors. “The last time I checked, the gun don’t care who’s pulling the trigger,” Knight tells a man surprised to see young girls aiming rifles at him. And black, white, women, men, young, old – everyone seems to be shooting in these trailers.

Of course, there’s no way to recount this tale without showing guns. But if the movie is as bloody as the trailer suggests, it could be a disturbing presence so soon after the Orlando massacre, and with images of gun violence in the minds of so many potential audience members.

It raises two questions. First, will people be shaken up by the violence here? “Free State of Jones” does not seem to be as graphically, gleefully violent as Quentin Tarantino’s movies. But Americans have gotten more and more addled by the steady drumbeat of shootings – which reached a new level of bloodshed with the Pulse massacre. Orlando, coming so soon after the San Bernardino terror, has disturbed people in a very deep way. So far there has not been a significant discussion about the role of violence in movies, TV, and video games, but it could still happen: Amy Schumer has just removed a scene of gun violence from a film she is working on with Goldie Hawn. (Schumer has said she was devastated when two people were shot at a screening of “Trainwreck,” a film she directed, last summer.)

Second, should filmmakers limit the violence in their movies? The research is not conclusive, but some of it seems to chronicles the damage that media violence does to the brains of young people. “Denial is a powerful tool,” says a Psychology Today story about an Indiana University study. “Just like smokers who have a developed rationality on why it’s okay to keep puffing away, many parents/people will take the same stance on media violence with a plethora of reasons as to why it’s really no big deal.”

The larger problem, of course, is that it’s impossible – and repressive – to tell studios to stop making violent movies. Whether we’re talking legally -- U.S. law gives freedom of speech a pretty central place – or economically -- the studios make an enormous amount of money from their most violent films – a wholesale rethinking of cinematic gun violence is not bloody likely.

But if a significant portion of the audience loses its fondness for movie violence, and chooses to see other films, or filmmakers followed Schumer’s lead and removed a scene here and there, Hollywood would start to move in the right direction rather than the drift toward nastier and nastier that it seems to be on.

As for “Free State of Jones,” the movie looks good. Maybe its story needs all of the guns and cannons and killings. But here’s hoping that filmmakers – and people who cut trailers – will adapt to the post-Orlando world a little bit.