Joe Biden blasts Trump without once mentioning his name: The "insecurity of a bully" is not "what has always made America great"

In a major foreign policy address, Biden argues Trump's campaign could trigger a surge in anti-Americanism 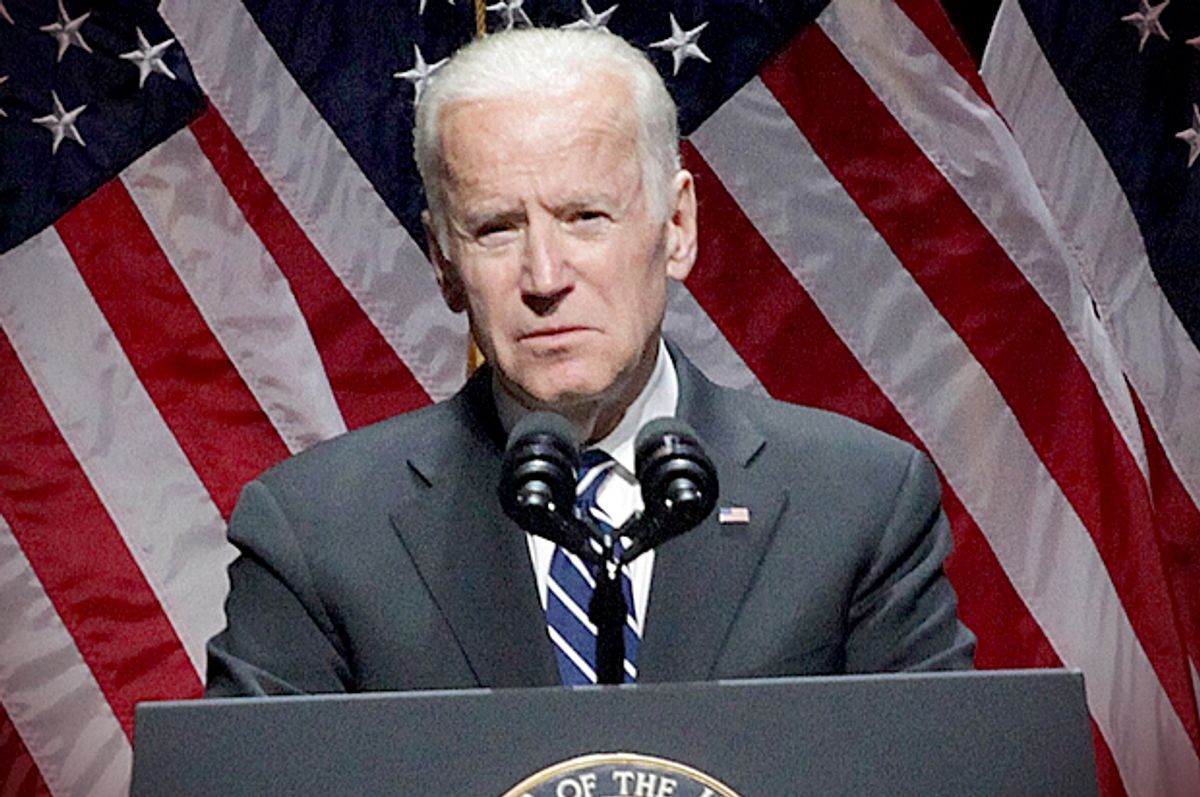 Without ever mentioning his name, Vice President Joe Biden used another one of his major policy addresses to take shots at presumptive Republican presidential candidate Donald Trump.

"Wielding the politics of fear and intolerance, like proposals to ban Muslims from entering the United States or slandering entire religious communities as complicit in terrorism, calls into question America's status as the greatest democracy in the history of the world," Biden said during an address to the Center for New American Security on Monday.

"As we continue to urge our allies to do more, generating our closest partners as liabilities is a serious and tragic mistake," the vice president continue, alluding to the GOP's controversial candidate. "Our values are what draws the world to our side."

"That’s what has always made America great," he said. "Not empty bluster. Not a sense of entitlement that fundamentally disrespects our partners. Not the attitude and insecurity of a bully."

"If we build walls and disrespect our closest neighbors, we will quickly see all this progress disappear," Biden argued, forcefully pushing back against Trump's campaign of bigotry. "Alienating 1.5 billion Muslims--the vast, vast majority of whom, at home and abroad, are peace-loving--will only make the problem worse. It plays into the narrative of extremists":

"Some of the rhetoric I'm hearing sounds designed to radicalize all 1.4 billion" Muslims around the world, Biden said:

Adopting the tactics of our enemies — using torture, threatening to kill innocent family members, indiscriminately bombing civilian populations — not only violates our values, it's deeply, deeply damaging to our security.

Why in God's name are we giving them what they want?

Biden argued that Trump's campaign is likely to cause "a return of anti-Americanism and a corrosive rift throughout our hemisphere."

“I’ve never been more optimistic about America’s capacity to lead our world to a more peaceful and prosperous future. But our leadership does not spring from some inherent American magic — it never has,” Biden said, warning against the potential the U.S. could “squander all of our hard-earned progress.”

Instead of Trump's “sound-bite solutions in a world defined by complexity,” Biden argued, it is "our willingness to see challenges on the horizon and step forward to meet them first, our ability to lead by example and draw partners to our side. That’s what has always made America great.”