"What we talked about was the work": The nourishing intimacy of the writer-mentor relationship

The first time I worked with the screenwriter who changed my life, he honed in on one promising detail in my script 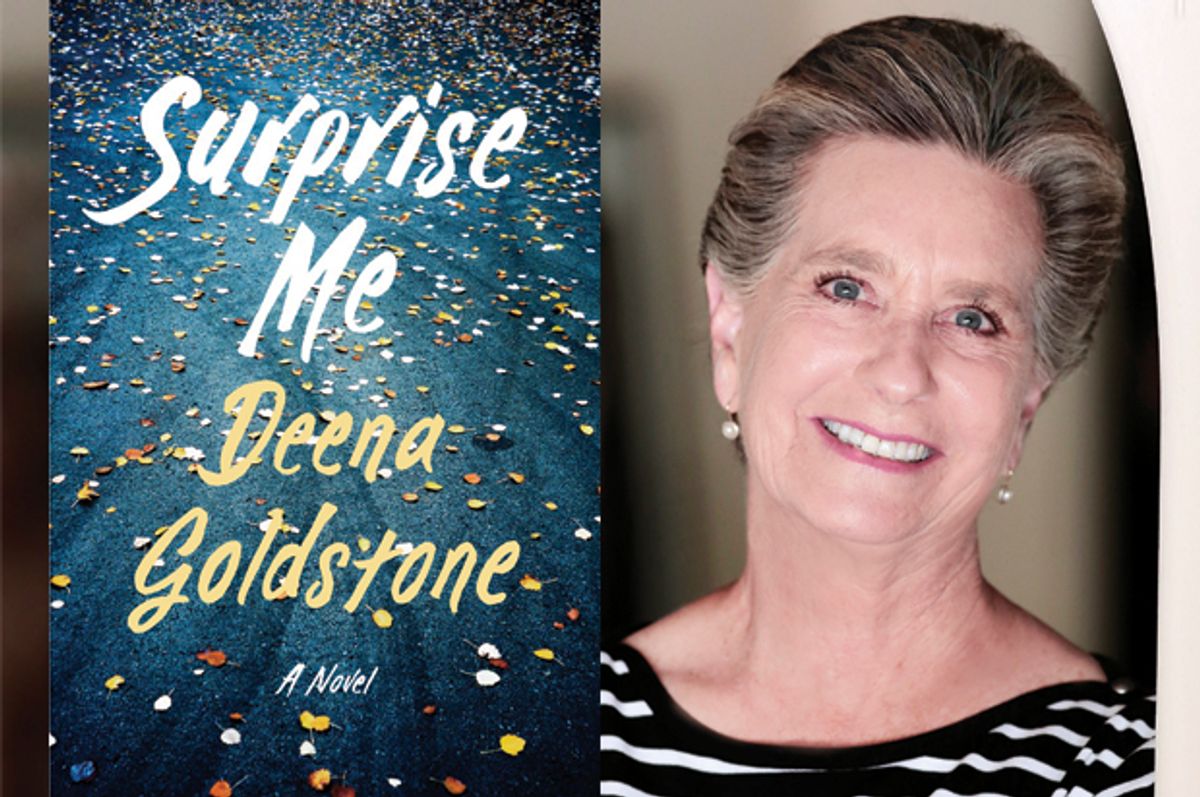 The day I met the man who would change my life, I was told I had one hour with him and that was all. I was a young writer, struggling to master a very demanding form – screenwriting, and he was a revered screenwriter with awards and spectacularly acclaimed movies in his resume. Just his name conjured up for me the kind of writing I most hoped to emulate – subtle, moving, powerful.

The producers who had hired me had “notes”. In Hollywood, euphemisms are generally employed so instead of saying, “We hate this first draft you’ve turned in,” they usually say “It’s a good start but we have some ‘notes.’” And then they schedule a meeting in which they proceed to tell you everything that could be conceivably wrong with your screenplay. A screenwriter usually leaves those meetings bloodied and beaten down.

This time, however, the notes were to be delivered by the revered writer. He had an advisory position with the company which was employing me and would occasionally comment on scripts as they came in. His office was on the Twentieth Century Fox Studios lot, and I was told the day and time of the meeting and that he would be expecting me.

As I walked the hushed and carpeted second floor hallway of the Executive Office Building at Fox, the only sounds the soft clacking of typewriter keys and the faint ringing of phones behind closed doors, I struggled to damp down my anxiety. Surely this wonderful writer would see all the flaws and every bit of awkwardness in the script I had turned in, only my second assignment as a screenwriter. The first hadn’t gone well at all and I doubted my ability to write this script, a fear I had admitted to no one but which consumed me each morning as I sat down to write.

I found his office door, and gathering my courage, opened it to find the revered screenwriter across the room, sitting behind a heavy wooden desk loaded with stuff – papers, small disparate objects, books, screenplays. I was immediately struck by how attractive he was. About 50 when we first met, he had a New England face composed of angles and planes. His hair was graying and full and unruly. It was his eyes which reassured me though – they were kind and held sadness.

He introduced himself and motioned to a small sofa positioned against a wall. I sat down and watched him rummage through his over laden desk for my screenplay.

“I liked the blackbirds,” he said, his eyes sorting through the mess in front of him. “They were unexpected.” And then he looked up at me, “I always like to be surprised when I read.”

The blackbirds were a detail, a small moment in a hundred and twenty page script about a teenager who is sent to prison for essentially being stupid and drifting along with a boy who was up to no good. In prison she begins an affair with a guard and gives birth to a baby behind bars. It was a true story I had spent months researching — meeting the girl, spending time in each of the three prisons she lived in, traveling the state in which all this had happened. I had made sure to put into the script as many of the real details as I could. I was convinced they made the story authentic and were far better than anything I could conjure up. But the screenwriter glossed over all that to focus on one of the scenes I had invented — “Tell me about the birds.”

I described pulling up outside the first prison set in a vast, flat landscape of marshes and seeing the large birds – they might have been crows — spread out across the empty land, and how I thought to put them in an early scene when the boy and girl first meet. What if I had the boy throw rocks at the birds and the girl stops him and the birds fly up in the air in alarm? Wouldn’t you learn something about those two people?

His eyes never left my face as I spoke. “Okay,” he said, “you need to get that kind of life into the rest of the screenplay.” But how, I wanted to ask but didn’t. The how was my job.

Instead he asked me questions – “Why does this girl go along with this boy when she knows he’s bad news? Why does she start up with the guard who fathers her child? Does she fall in love with him? How does she find the courage to sue the state to keep her child?” I answered the ones I could and told him I’d think about the others.

The hour passed so quickly, and the questions themselves seemed, somehow, to point the way for me. I stood up, mindful that my allotted time was over, and thanked him.

And then he astonished me by saying, “You need to rewrite the beginning, up to those birds, and bring those pages back to me next week.”

What? I was speechless.

“Next week. Does the same time work for you?”

I nodded, dumbfounded by his generosity.

And so I came back the next week and the week after that and the week after that, always with fresh, tentative pages I had struggled over in the intervening days. He would read them and we would talk. He never told me what to write and I never heard a word of criticism, only what he liked or what he wanted to know more about. We worked together for almost a year, just the two of us, in that small office at Fox, in that way. That was the only time we saw each other, the only time we talked. And what we talked about was the work.

There was something very akin to raising a child in what we were doing. We were nurturing this entity, our script, into being; understanding it in ways no one else could, loving it because we were nurturing it. There’s an intimacy to that kind of work.

But there was more, and here it gets even trickier to describe. We fell a little bit in love with each other during that year. But why? What was the particular alchemy which created first interest (why did he agree to work with me?), then trust (why could I willingly give him every meager, hard won page of script every week and know it would be received with care?), and then finally a very particular kind of love between us?

I don’t have a good answer. But isn’t that the way of love? It’s impossible to describe to others but is indisputably known to the participants.

If I had to put a label on the whole process, I would say he had mentored me and I had learned well. He had held a steadfast belief that I would find a way to write something “surprising” and worthy and so I had.

At the end of the year, we had a new screenplay. I turned the script into the company and the movie was eventually made. But that was the least important part of it all. What my screenwriter had given me far outweighed the modest movie which was made from my script.

There was a moment towards the end of our time together when we argued over the necessity of a comma in a line of dialogue. For close to twenty minutes! As we went back and forth, I realized there was more at stake than the comma. I was declaring ownership of the work, because here I was defending the placement of a comma. A comma! That was the moment I finally knew who I was — a writer, a writer who had just produced this script and it was good, just the way it was.

Over the next few years, he got married and then I did. I had my daughter. Both our lives got busier, more crowded, but we knew that we could always reach out to the other. And always, it was about the work.

Our roles changed a bit. He sent me screenplays he was working on to read and talk with him about. I continued to send him my work from time to time, when I was struggling or, sometimes, simply when I was proud. Gratitude became part of our equation, both of us supremely grateful to have the other to call on, to know that despite whatever else happened in our lives, which we rarely talked about, rarely shared, we would be the constant for the other. Over thirty years later, it is still about the work.

I understood that absolutely one night a year or so ago. I had had my first book published, a collection of short stories, and was having a reading in Santa Monica, blocks from his house. Now my revered screenwriter is in his late eighties and lives alone after the death of his wife. I invited him to the reading but didn’t expect him to show up. He didn’t like to leave the house, that I knew. He had read the book and loved the stories. He had communicated all that to me. That was enough.

But as the small crowd filtered into the room, I looked up from the lectern to see a distinguished older man, handsome still, sporting a cane now, and smiling tentatively as he stood at the back of the room. He had come! It had been so many years since I had seen him. Emails had replaced visits and phone calls and then, there he was.

“You came?!” I said as I embraced him. “You surprised me and came!”

He understood immediately the reference – to the blackbirds, to the beginning of our relationship – and his smile broadened.

“Of course I came,” he said as he returned my embrace, “You did such good work.”