Could Cory Booker be Hillary's VP? Here's 5 things to know about the New Jersey senator 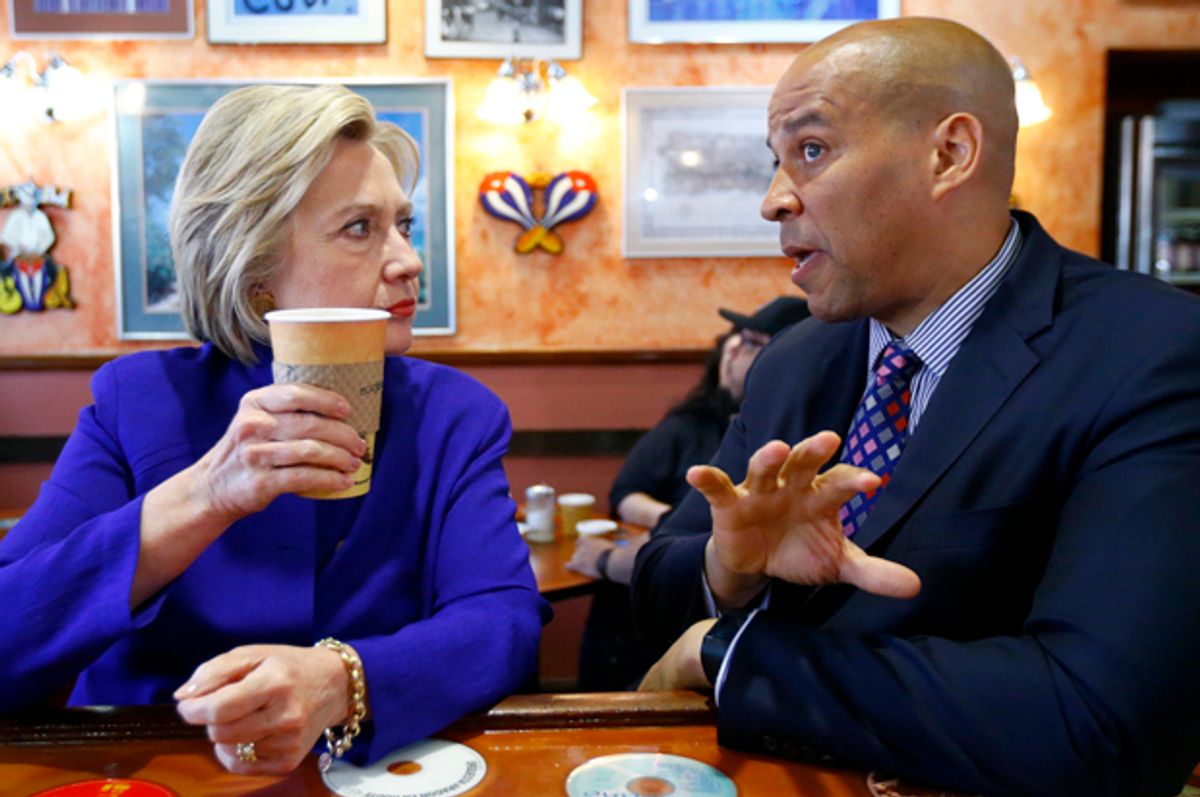 To his supporters, Sen. Cory Booker is literally Superman, while to his detractors he’s a pseudo-progressive deeply in the pocket of the financial interests who’s more interested in raking in cash in speaking fees than passing laws.

Regardless of what you personally think of his character, he’s clearly popular (he won his election to the Senate by an 11-point margin over Republic challenger Jeff Bell in 2014) and has recently been floated as a possible vice-presidential pick for presumptive Democratic nominee Hillary Clinton.

Booker, 47, has been described as “fiscally conservative yet socially progressive” although that description is a little dubious — he’s still a Democrat, not a libertarian. His “conservative” nature comes out in his support of private equity. And yet, while he was mayor of Newark, he raised taxes — something a traditional fiscal conservative would loath to do.

And while many progressives are still rooting for a Clinton-Warren ticket, Booker’s record makes a strong case for him to be the VP nominee.