FBI is not releasing audio or transcripts of Omar Mateen's several calls, preventing journalists from investigating 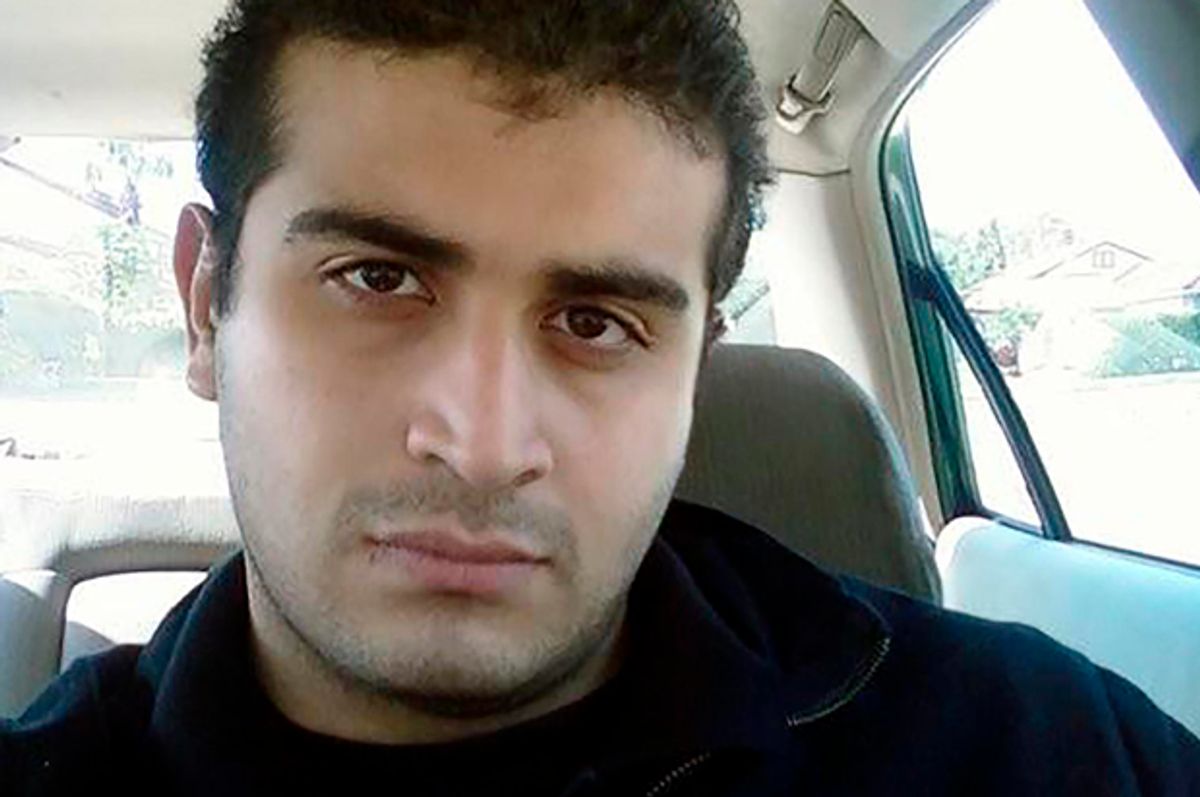 Reports on Omar Mateen, the gunman who massacred 49 people at a gay nightclub in Orlando, Florida on June 12, have been full of contradictions.

Further complicating the already complicated picture behind the shooting, moreover, is the fact that the FBI has refused to release most of the information surrounding the case. This has prevented journalists from pinpointing what exactly motivated Mateen.

The FBI released on Monday a timeline of the events on the morning of the attack. Included in the timeline is what the FBI says is a transcript of one of Mateen's 911 calls, but the document is redacted.

According to the FBI, Mateen pledged allegiance to ISIS in this call, but the information has been edited out.

The audio recording of the 911 call has not been released either, and the FBI says it has no plans to make it publicly available, "out of respect for the victims."

As The Intercept pointed out, FBI Director James Comey originally told the press that Mateen had made three 911 calls during the attack. The agency released a redacted transcript of just one of these calls, however, and did not even mention the other two in its timeline.

Furthermore, the FBI told reporters that Mateen mentioned the Tsarnaevs — the brothers behind the Boston Marathon bombings in 2013 — and Moner Mohammad Abu Salha — a personal acquaintance who was the first American to blow himself up in a suicide bombing for al-Nusra, Syria's al-Qaeda affiliate — in his calls. These men are not mentioned in the FBI's timeline.

In its timeline, the FBI does mention three calls Mateen made with the police crisis negotiator. These three calls totaled 28 minutes in length. Yet, instead of including a transcript of the 28 minutes of discussion, the FBI summarized all three calls in just one brief paragraph.

The only alleged motivation mentioned in the tiny summary of these 28 minutes of calls is Mateen allegedly ordering the negotiator to tell the U.S. to stop bombing Syria and Iraq.

The FBI will not release the recordings of these calls, in addition to the 911 call it is withholding.

In its timeline, the FBI added that it will not "be releasing audio or transcripts of the calls made by victims at the Pulse nightclub during the incident."

No mention of Afghanistan appears in the FBI timeline, although a survivor says Mateen vowed to continue killing until the U.S. stopped bombing Afghanistan.

Law enforcement officials have also previously said that Mateen made another call during the standoff at the nightclub. Authorities told reports that Mateen was calling an acquaintance from Florida, but this is not mentioned in the FBI timeline.

Journalists have made Freedom of Information Act requests for the FBI's information, but the agency says it will only consider releasing it after a year and a half, and only then with what will likely be major redactions.

The Intercept reporter Robert Mackey noted that the FBI's decision to withhold all of this information "only seemed to encourage speculation online, and in the political arena, that the investigators might be concealing something."

Reports on the shooting have already been rife with inconsistencies and contradictions.

Acquaintances of Mateen have told journalists that he was not very religious. Yet the FBI claims that Mateen pledged support to ISIS, al-Qaeda and Hezbollah, conflicting Islamist groups that are actively fighting each other.

Furthermore, survivors at the Pulse nightclub, the scene of the bloody crime, told reporters that Mateen frequented the venue. Some even said he flirted with them on gay dating apps. Mateen's ex-wife also recalled hearing his father disparagingly call him gay.

Mateen worked as a guard for global security contractor G4S. The company, which the Associated Press noted has a "tainted" record full of human rights violations, says it screened Mateen numerous times.

In 2013, G4S screened him again after St. Lucie County, Florida Sheriff Ken Mascara requested that Mateen be removed from his courthouse patrol position. Mateen was accused of threatening a deputy who made comments about the Middle East.

"Omar became very agitated and made a comment that he could have al-Qaeda kill my employee and his family," Mascara told a local news outlet.

Mascara alleges that Mateen then made "very disturbing comments" about women and Jews, and "went on to say that the Fort Hood shooter was justified in his actions." Fort Hood refers to a military base where, in November 2009, Army Major Nidal Hasan killed 13 people and injured at least 30 more.

According to the FBI, Mateen had also claimed to be a member of Hezbollah in 2013, a Shia militia that is a mortal enemy of al-Qaeda, a Sunni extremist group.

Sue Udry, the executive director of the Bill of Rights Defense Committee and Defending Dissent Foundation, stressed in an interview with Salon that not enough information has been released to draw any firm conclusions.

"I think we still don’t know what motivated him to do this crime," she said, referring to the Orlando shooter. "So I would not comment on his radicalization, because I think we can't."

Gawker reported that the boyfriend of Sitora Yusufiy, the Orlando shooter’s ex-wife, told Brazilian journalists in an interview that U.S. federal investigators had told the shooter’s ex-wife not to reveal certain facts to the media.

Yusufiy told the FBI that her ex-husband was mentally unstable and was likely not part of a terrorist group, the boyfriend recalled.

“The FBI asked her not to tell this to the American media,” he added.