The science of selfishness: Humans aren't actually hard-wired to be jerks

A new study suggests that our default setting is intuitively selfless—but given time, we talk ourselves out of it 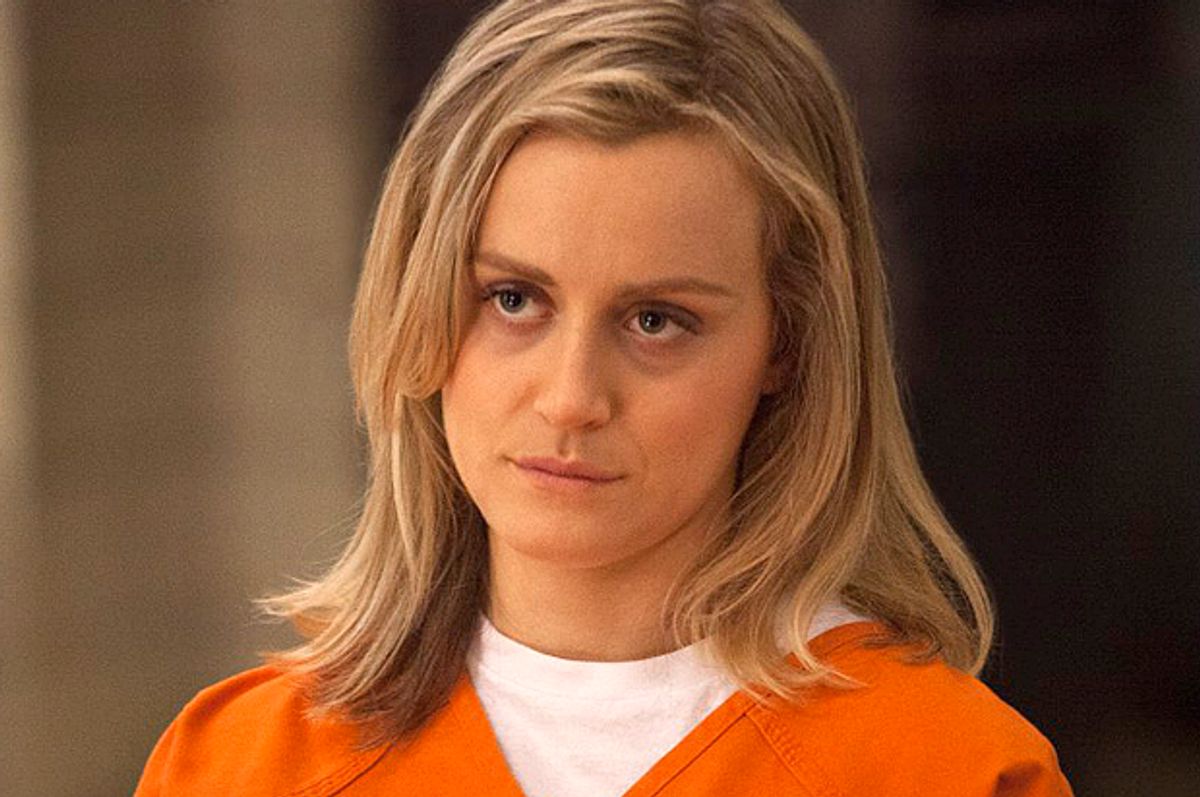 Taylor Schilling in "Orange Is the New Black" (Netflix)
--

Not long ago, a few of my friends figured out the perfect way to guilt me into doing just about anything. They use a three-word statement to immediately put me on edge: “God, you’re selfish.” That’s all it takes to change my mind if I opt out of happy hour or attempt to commit any other socially undesirable offense. The accusation of selfishness, for some reason, stings and immediately prompts me to do whatever necessary to prove I’m not intrinsically-wired to think solely of myself.

Turns out, research suggests very few of us are naturally selfish.

A new analysis on Nautilus reports humans are instinctively pretty selfless creatures. Decisions made on impulse tend to err on the side of selflessness and collective social gain for a group of people; it’s when we have time to mull things over that selfish decisions are made. Basically, the more we over think something, the more self-serving we behave.

For the analysis, Matthew Hutson examined different studies investigating human moral behavior, and found science suggests our default setting is intuitively selfless -- a provocative suggestion in an age where narcissism is celebrated via selfie-serving posts on social media.

One Harvard study in 2012 collected data from ten experiments that applied a standard economics scenario, the public-goods game. Participants were put into groups of four, and given money to put into a pool where the funds were later multiplied and equally distributed. Each participant was given the option to increase their income by not contributing to the pool while still being allowed to enjoy the gains. Surprisingly, most of the participants opted to give something. Previous research had suggested the moral instinct to act on behalf of a group rather than the self, and the Harvard researchers were curious about the decision-making processes that ultimately lead to this behavior.

To test this, two experiments were designed to measure intuitive decision making versus deliberate ones. How do the decisions we make on impulse moralistically vary from those we make after having time to contemplate? Does pressure to make a snap decision lead to more selfless or selfish acts? Participants who were asked to quickly answer whether they would contribute to the pool in the public-goods game were more likely to report they would give more than those who were given time to contemplate their decision before making it. According to the researchers, this experiment can be used to reveal our intuitive impulses, which is to say generosity is in our nature. We’re social animals hard-wired to cooperate with each other for survival.

Hutson examined quantitative models of cooperation created by psychologist David Rand at Yale University that uses The Sims as a representation of our own society. Yes, the video game. Because of the game’s design and algorithms, the human simulations serve as microcosms scientists can observe:

“You can endow them with new personalities to see how they’d fare. You can observe social processes in action, on time scales ranging from seconds to generations, instead of just taking a snapshot of a person or group. You can watch the spread of certain behaviors throughout a population and how they influence other behaviors. Over time, the patterns that emerge can tell you things about large-scale social interaction that a lab experiment with a few real people never could,” writes Hutson.

Cooperation has been studied since the 1980s, and has suggested people benefit more from helping each other out. One model, The Prisoner’s Dilemma, asks two participants who are given a scenario in which they’re prisoners to decide whether to betray each other or work together, and are then given points accordingly. The model is based on a scenario where police officers interrogate thieves and encourage each to turn the other in, therefore maximizing the gain for the individual versus the two operating as a unit -- or so was believed. The game’s results show that when each thief works independently, more consequences are incurred compared to if a joint-decision to have each other’s back was made. When multiple rounds of the Prisoner’s Dilemma were measured using the same partners, consistent cooperation showed that both the prisoners as a unit and as individuals benefited thanks to tit-for-tat reciprocity. The Prisoner’s Dilemma showed that cooperation in the form of selflessness benefits individuals in terms of resisting short-term temptation to act in a self-serving manner and collaboration, which offers long term benefits by creating bonds of both trust and reciprocity.

Further studies show that when time is used as a variable, those who are given less time to make a decision tend to act less selfishly. By mulling things over, cooperation and collaboration were reduced and the partners of the game betrayed each other more often.

By examining the moral impulses of our society, researchers have determined that selfishness is not hard-wired. A person begins making increasingly self-serving decisions as they develop if they’re exposed to environments that encourage it, or are not encouraged to think on behalf of collective gain. Take school children, for example. Many are inclined to share before formal lessons on the benefit of sharing are taught, and it’s as they grow older that playtime becomes more individualized as toys are thought of as property. Most people, then, are instinctively good in terms of the tendency to be cooperative and generous, and these traits can be fostered by our environment.

The research is refreshing in the face of so many examples of narcissism and run of the mill jerks we encounter online and IRL. It’s nice to know kindness is not only out there, but inside us.