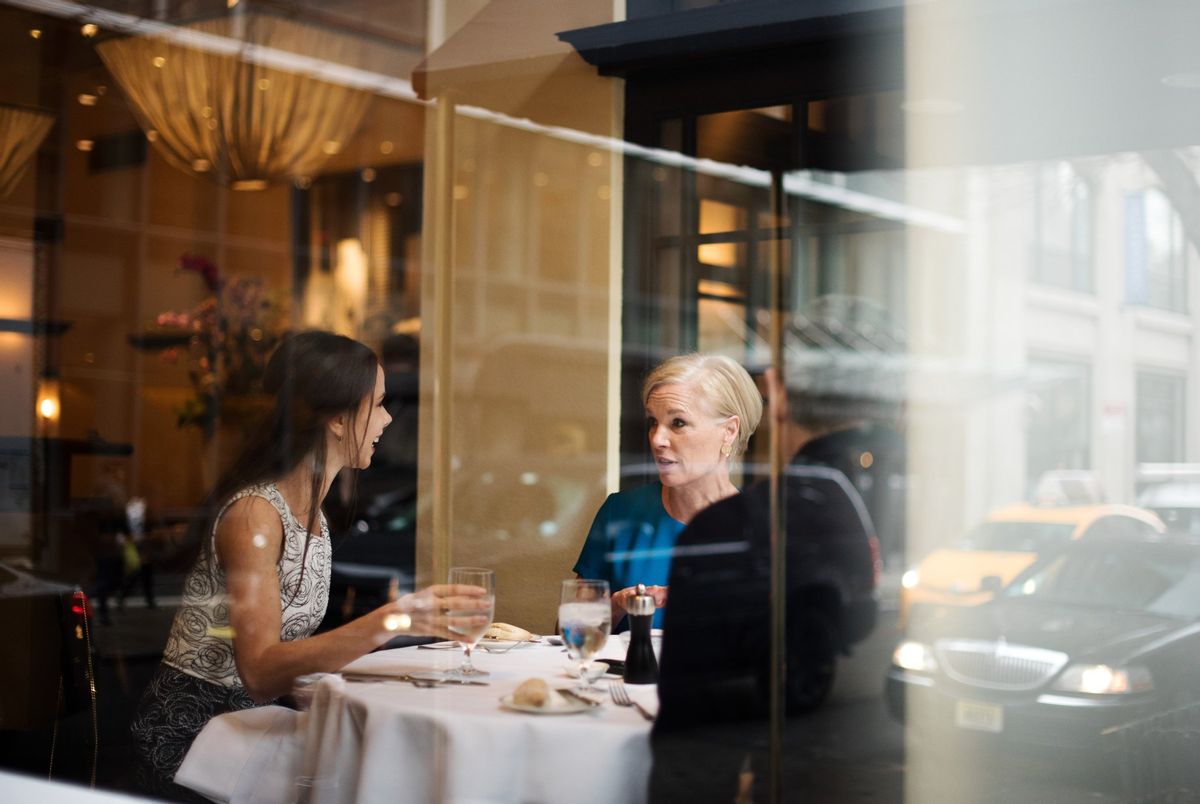 Noting that Richards' mother, Ann, and Barbara's father ran against each other for governor of Texas decades ago, the Times reported that "there was no trace of animosity when the women met for lunch" recently.

“They are enthusiastic supporters of each other’s work,” Philip Galanes wrote, noting that the two women share a “great commonality: women’s and global health." The Bush daughter runs an organization with her sister called Global Health Corps that supports young leaders in health care across the world. She told the Times that her organization and Planned Parenthood are both encouraging young people to create “social change.”

“Global Health started because this great talent pipeline was not moving into health care,” Bush said. “It’s hard to know how you fit in if you’re not a doctor or nurse. If we can demystify that and create channels into Planned Parenthood and other exceptional organizations, then we’ll have an army of people working to solve health problems.”

The interview, and that passage in particular, grabbed the attention of anti-abortion activists.

To the surprise of many pro-lifers, not only was Bush pictured laughing and enjoying lunch with Richards, but she called American’s largest abortion mill, responsible for well over 300,000 abortions annually, an “exceptional organization.”

But as Rewire's Jodi Jacobson noted, the support of Planned Parenthood from a member of the Bush family should hardly come as a surprise to anti-abortion activists:

The Bush family has a long history of support for Planned Parenthood.  Prescott Bush, father of George H. W. Bush (Bush 1) and grandfather of Bush 2 was the treasurer of Planned Parenthood when it launched its first national fundraising campaign in 1947. Birth control being controversial in the period pre- Griswold v. Connecticut (and yes, history obviously repeats itself), Prescott Bush was attacked for his pro-choice position and knocked out of the running for a Senate seat in Connecticut.