Donald Trump is no LGBT ally: He shouldn't be the only voice criticizing Islamic intolerance

Trump's Islamophobia must be forcefully combated, but so should the oppressive doctrine of radical brands of Islam 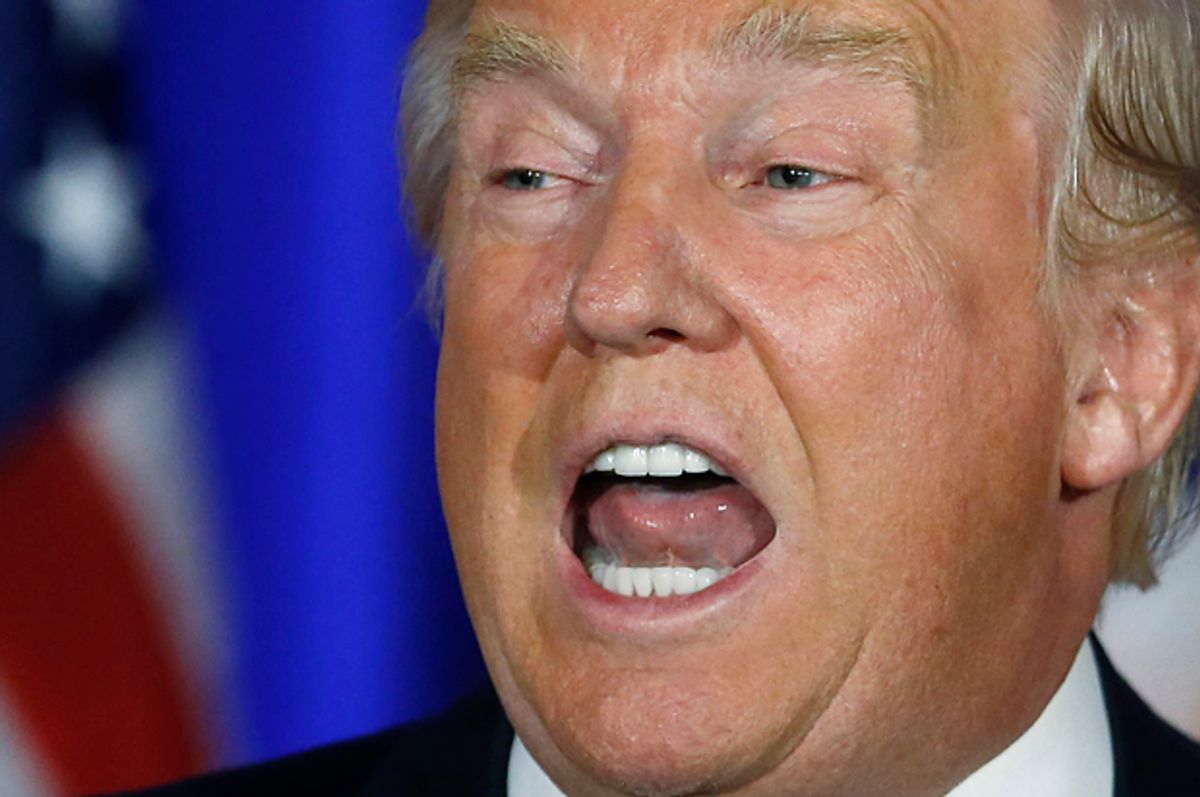 Following the horrific mass shooting at the Pulse nightclub in Orlando last weekend, something bizarre happened: the presidential nominee for a staunchly anti-LGBT political party whose members have done everything in their power to deny equal rights for gay and lesbian people declared that he was the best candidate for gay, lesbian, and transgender people in 2016.

“For the gays out there,” declared a barely coherent Donald Trump, “ask the gays and ask the people, ask the gays what they think and what they do in not only Saudi Arabia, in many of these countries with the gay community. And then you tell me: who’s your friend? Donald Trump or Hillary Clinton.”

Trump, whose campaign is currently going through a shakeup after dropping in the polls, is one of the more LGBT-friendly members of the GOP, and has been much more accepting of gay and transgender people than most of his Republican colleagues. Of course, this doesn’t mean he’s a friend of the LGBT community, just that he is less virulently homophobic. The billionaire is in no way pro-LGBT, and has rejected various measures for equality, including the legalizing of gay marriage. When it comes down to it, Trump’s gay-friendly rhetoric is just an excuse to fear-monger and go after Muslims, who have surpassed Mexicans as public enemy number one.

Still, while Trump’s words are hollow and opportunistic, the intolerance and persecution of LGBT people and many other vulnerable social minorities in Muslim-majority regions (and in certain Muslim communities in the West) is not something that can be rightfully denied, and those on the left should not ignore this reality. Like Christian evangelicals who deny climate change and attack abortion clinics, conservative Muslims hold many illiberal beliefs and reject equality for LGBT people, women, atheists and apostates, etc. And unfortunately, conservative Muslims are not a small minority (as are violent extremists).

According to a wide-ranging 2013 survey done by Pew Research Center on the Muslim world, while the overwhelming majority of Muslims oppose the extremist violence and terrorism that right-wingers like Trump associate with the entire religion of Islam, significant majorities in various regions, including the Middle East, North Africa, and Southeast Asia, support Sharia, the theocratic legal code based on the Quran and Islamic scripture, which is in most interpretations draconian and repressive. In South Asia, for example, 81 percent of Sharia supporters are in favor of “severe corporal punishment,” and 76 percent support execution for leaving the religion (apostasy); in the Middle East-North African region, 57 percent support corporal punishment and 56 percent the execution of apostates. In these same regions, homosexuality, sex outside marriage, prostitution, and abortion are overwhelmingly viewed as morally wrong.

Unsurprisingly, women’s rights are also lacking: a great majority in the aforementioned regions believe that a wife “must obey her husband,” though slim majorities tend to support a woman’s right to choose whether she veils. Certain barbaric punishments, such as stoning for adultery and execution for apostasy also get disturbingly high support among Sharia supporters in numerous countries (though it should be reiterated that Muslims in other regions, such as South-Eastern Europe and Central Asia, overwhelmingly oppose these draconian punishments).

Once again, the vast majority of the world’s 1.6. billion Muslims vehemently oppose terrorism and the violent extremism found in groups like ISIS — a 2015 Pew poll, for example, found that large majorities in Muslim countries like Turkey, Nigeria, Indonesia, and the Palestinian territories have a negative opinion of the group. The 2013 poll similarly found that very large majorities across the regions oppose suicide bombing.

It goes without saying that opinions and beliefs are largely dependent on a region’s culture and geopolitical situation (Muslim Palestinians, for example, have an immensely different political and social experience than, say, Muslims living in Turkey). In geopolitical hotspots — particularly those that have experienced or are currently being impacted by Western militarism and/or imperialism — such as Iraq or Afghanistan, Islam will very likely be used as a pretext to combat invaders. Likewise, if the United States supports a brutal puppet dictator after plotting to overthrow a democratically elected leader, as it did in Iran for several decades with the Shah, one shouldn’t be surprised that there is bitter resentment and even hatred for the superpower.

“The factors which lead someone to commit acts of terrorism,” writes John Jay College professor Arun Kundnani in a 2015 study, “are complex and cannot be reduced to holding a set of values deemed to be radical. There is little evidence to support the view that there is a single cause to terrorism.”  In other words, the notion that the religion of Islam is inherently violent and predisposed towards extremism and terrorism is not factually accurate. Of course, this theory tends to be used by the West to defend its military misadventures; as Giles Fraser writes in The Guardian:

“We buy into the radicalisation hypothesis because we want evil to be mysterious and other; something that has nothing to do with us. We want to tell ourselves that we are secular and enlightened and so have no part in all of this bloodshed. It’s what people commonly do with evil – we conceptualise it as being as far away from us as possible. But if Islamic terrorism is really all about politics, then we have to admit that the long history of disastrous western interventions in the Middle East is a part of the cause of the horror that continues to unfold. In other words, we have to face our responsibility.”

Now, none of this alters the fact that much of the Muslim world is an intolerant and dangerous place for LGBT people, women, atheists and agnostics, and secularist advocating for liberal reform. And if those on the left turn a blind eye to this reality, while vulnerable minorities in these countries — like United States ally Saudi Arabia — are persecuted and even executed, a reactionary demagogue like Donald Trump could very well use it against them, as he is currently trying to do with LGBT rights.

Those on the left must throw support behind the moderates and secular reformists in the Muslim world, and accept that many intolerant and parochial beliefs exist in Muslim communities — like the fact that 52 percent of British Muslims believe that homosexuality should be banned. Islamophobia from the right must be forcefully combated, but so should the oppressive and puritanical principles that currently hold sway over so many of the world’s Muslims.