Donald Trump lays out plans for his first 100 days in fact-challenged speech: "We are going to make America rich again"

Trump also attacked Clinton: “She needs to go to prison for the crimes she’s already committed against our country" 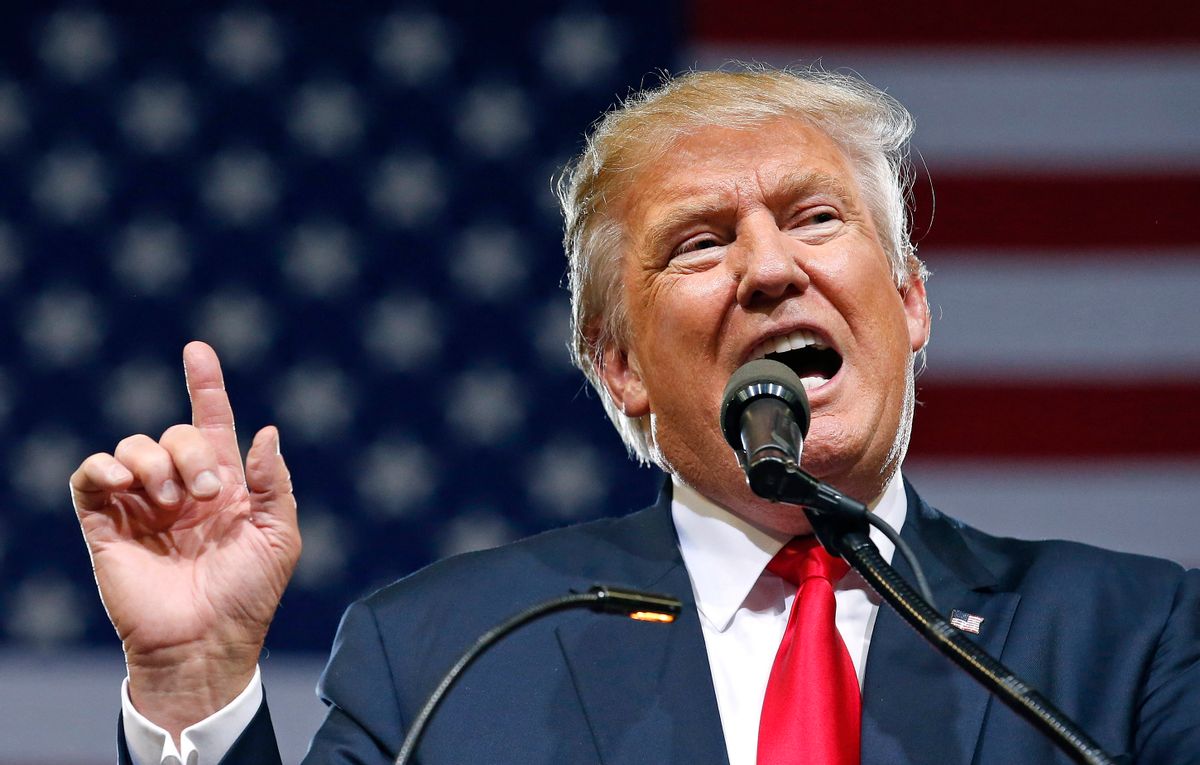 On Wednesday, Donald Trump delivered the much-hyped Hillary Clinton attack speech he postponed in the wake of the Orlando mass shooting.

Standing between two teleprompters at Trump's SoHo tower, Trump rattled off a familiar list of attacks on the former secretary of state that at times echoed right-wing conspiracy theories.

Calling her "world-class liar" who "may be the most corrupt person ever to seek the presidency," Trump alleged that Clinton and her husband “used the State Department to enrich their family at America’s expense”:

She ran the State Department like her own personal hedge fund — doing favors for oppressive regimes, and really, many, many others, in exchange for cash. Pure and simple, folks, Pure and simple. Then, when she left, she made $21.6 million giving speeches to Wall Street banks and other special interests — and in less than 2 years — secret speeches that she does not want to reveal under any circumstances to the public. I wonder why.

"To cover up her corrupt dealings, Hillary Clinton illegally stashed her State Department emails on a private server," Trump alleged, slamming her for her "pathetic email and server statements."

"Her campaign slogan is, 'I'm with her,'" Trump continued. "You know what my response to that is? I'm with you, the American people," Trump said.

While Trump's plans for his first 100 days were light on details, instead reiterating his stump speech, he did make a direct appeal to Bernie Sanders supporters.

"We will never be able to fix a rigged system by counting on the same people who rigged it in the first place. The insiders wrote the rules of the game to keep themselves in power and in the money," Trump said. "That’s why we’re asking Bernie Sanders’ voters to join our movement: so together we can fix the system for all Americans. Importantly, this includes fixing all of our many disastrous trade deals. Because it’s not just the political system that’s rigged. It’s the whole economy."

The New York Times offered a fact-check of the highlights almost immediately after Trump wrapped up his speech. NBC News' Katy Tur provided a lengthy, on-air fact-check on MSNBC (notably making no mention of Trump's diss towards anchor Brian Williams), and CNN's David Gergen called his attacks on Clinton "slanderous."