Free Led Zeppelin: "This is about music, it’s not about sound" 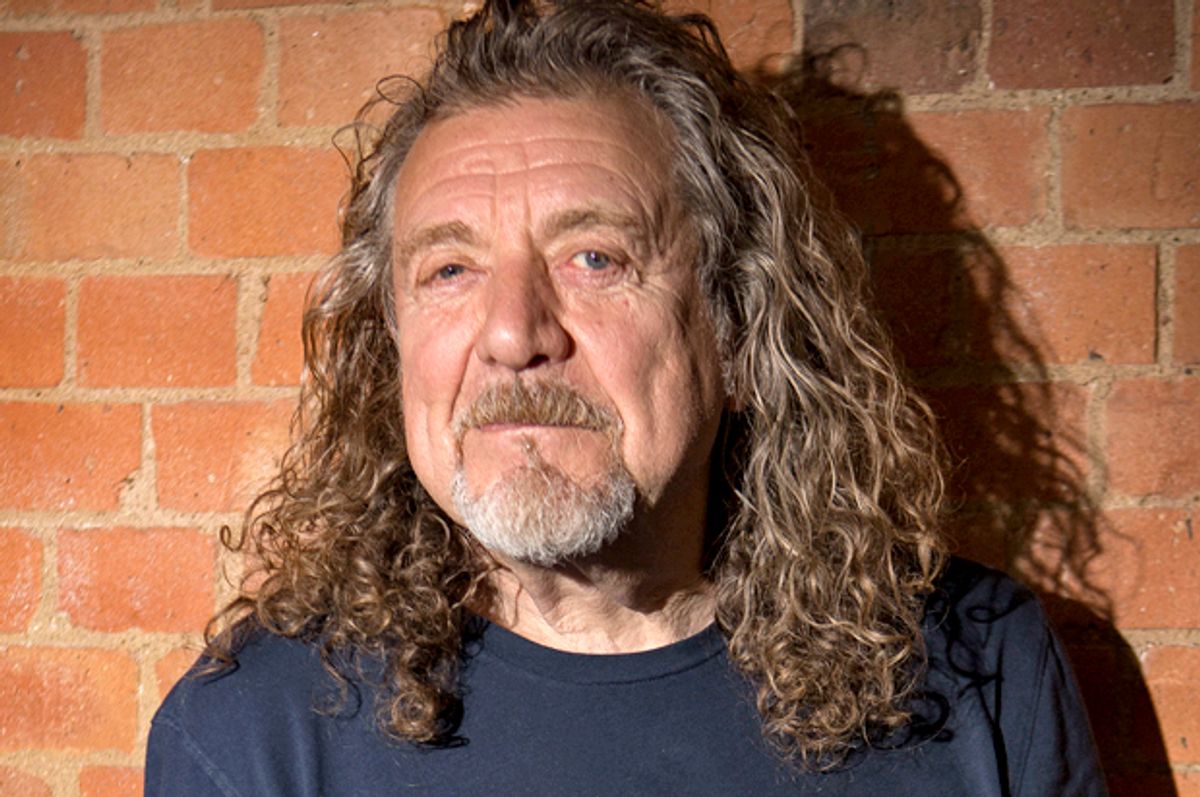 The federal court trial considering whether Led Zeppelin stole from a Spirit song for its ubiquitous “Stairway to Heaven” is moving toward its conclusion. Zeppelin singer Robert Plant took the stand Tuesday, saying he did not remember hearing the instrumental “Taurus” and describing in detail the way he wrote “Stairway” with guitarist Jimmy Page.

But the case is about a legal concept as much as musical ones – the plagiarism of intellectual property. Salon spoke to the Charles Cronin, who teaches at USC’s Gould School of Law and has written extensively on musical plagiarism. He’s also founder of the Music Copyright Infringement Resource, now housed at the university.

Salon spoke to Cronin from his home in Los Angeles; the interview has been lightly edited for clarity.

So between “Stairway to Heaven” and “Spirit,” how close to the songs seem to you?

The openings to both songs seem very similar. But that means nothing in terms of potential liability for copyright infringement.

Right – so if the resemblance isn’t the issue, what’s the legal issue when we’re talking about copyright?

If we were talking about a distinctive melodic line, that would be a different. But what we’re talking about – no matter how you parse is – is musical material that’s in the public domain.

So the question is how does the law deal with public domain material that sounds similar.

The chord progression apparently goes back to the 16th century, and can be played all kinds of ways. In this case, it’s plucked.

To you, then, the case doesn’t make much sense.

It makes sense as an opportunistic attempt to shake down Led Zeppelin. But it’s no more than that. What the plaintiff is hoping for and perhaps counting on is the possibility of the jury finding the songs impermissibly similar – not on a legal basis but from the fact that they simply do sound the same. But this is about music, it’s not about sound.

And this is the problem with this case and an increasing number of these disputes since the 1960s, when popular music became more about sonic exploration and assembling popular works with sound rather than musical ideas. So I think what’s happening in this case is the plaintiff’s are hoping that a jury will decide the case on the basis of the fact that parts of the songs sound remarkably similar.

What did you make of the “Blurred Lines” case?

It’s very, very similar in fact. The Marvin Gaye work, as I recall, was just a bunch of brief melodic snippets that he just recorded. They were used as the basis for the song; the value of the song lay entirely in its performance. If anyone else but Marvin Gaye had performed that work, no one would be interested in it and the case would never have been brought. And “Blurred Lines” imitated some of the sounds in the Marvin Gaye song. But the musical expression wasn’t sufficiently original to be protected.

What’s the danger of these cases? If there is, as you argue, overzealous prosecution, what are the stakes?

The large picture is the danger of shutting down musical creativity in the popular music world. It inhibits popular music from imitating or paying homage to a prior popular songwriter. It’s very insidious: It puts a huge intimidating aura over the entire creative process, especially today when music is not created by Irving Berlin or George Gershwin sitting alone at a piano. It’s a very ad hoc, improvisational process. Most of the value of the popular works is later added by recording engineer and acoustical engineer – that’s where a lot of the appeal lies. The idea of locking up or prohibiting sounds – as opposed to musical expression – is potentially very intimidating.

The other danger is there will be far more opportunistic suits: Amateur musicians will begin to think this is the standard of copyright law, that if things are sonically similar that constitutes infringement – they’ll simply bring an increasing number of suits against deep-pocketed musicians and recording companies. I think the most regrettable result is when deep-pocketed musicians settle: When word gets out that these people are easy targets for shakedowns, it’s a vicious cycle. It will starve the recording companies and starve people who have made it as popular musicians.

The other side of this argument says that musical expression needs to be protected. And that without it -- if someone can just take it -- there’s no incentive to create new work. How do we protect originality without chilling it?

I think the legal system works quite effectively: It protects original expression. If you have an original work, copyright law protects it. I think the problem comes from confusion over what constitutes musical expression, and what is musical techniques that devolves to sound. That’s a completely different element.

These cases are about musical works. And popular music today tend to have very little original musical expression. It’s typically by musicians who really don’t understand music – they may understand sound, or in a crude way how you put something together. But they don’t understand intellectually how it’s constructed, the relationship between the pitches you’re working with. If you don’t understand that, you can’t be very original. So popular musicians build songs using sonic blocks.

What about Led Zeppelin’s history of taking significant bits of blues and folk songs without credit? Does that seem relevant here?

I don’t think to this particular dispute. My belief, and I think I’m probably in the minority, is that unless a purportedly infringing work essentially supplants the first work in the marketplace or the public sphere, I don’t think it sound be considered an actionable infringement.

It sounds like as far as you’re concerned, the case is groundless.