Gee, thanks GOP! The Senate (again) rejected gun reform, but at least they honored bison

While the public waited for action on guns, the Senate passed these not-so-crucial measures over the last 18 months 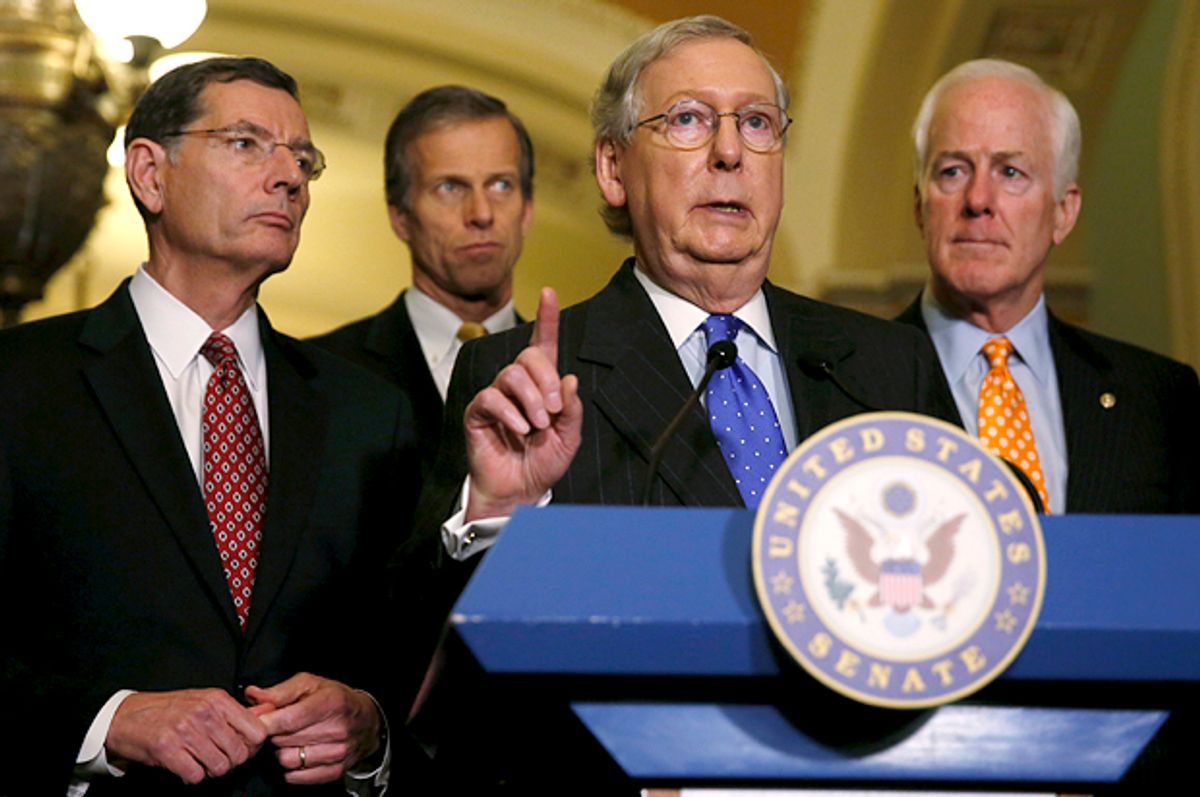 The Senate voted down a series of gun control measures on Monday that would have expanded background checks for gun buyers and placed restrictions on suspected terrorists attempting to purchase weapons.

In four votes that hewed largely to party lines, proposals introduced by Senators from both parties in response to this month's deadly mass shooting in Orlando repeatedly failed to attract the 60 votes required for passage.

A CNN/ORC poll released Monday found widespread bipartisan support for the measures that failed to pass in the Senate. According to the poll, 92 percent of Americans support expanded background checks and 85 percent support banning individuals on federal watchlists from banning guns.

So what have our Senators been doing while the public waits for gun reform? The Senate could have been debating solutions to gun violence, but it instead dedicated time to passing the following measures during the current term of Congress:

1. The United States Semiquincentennial Commission Act of 2016, passed by the Senate four days after the Orlando shooting, calls for a commission to plan celebrations for the 250th anniversary of American independence in 2026.

2. In March 2015, less than a month after a convicted felon shot and killed seven people in Missouri, the Senate voted to pass a bill to direct the Treasury to mint a series of commemorative coins honoring the 100th anniversary of Father Flanagan's Boys Town.

4. The day after 14 people were killed in the December 2015 San Bernardino shooting, the Senate voted to pass a bill to adopt the bison as the national mammal of the United States. Weeks earlier, the Senate approved a resolution designating November 7, 2015 as National Bison Day.

5. Hours before a gunman used a weapon he should have been prevented from buying to kill nine in a historic black church in Charleston, S.C. on June 17, 2015, the Senate passed a resolution designating an upcoming date as American Eagle Day and "celebrating the recovery and restoration of the bald eagle, the national symbol of the United States."